Red Faris leads Joe Freitas and Paul Reinhart through a turn at Oakland. Dave MacDonald had purchased a Bruce's recap tire
from friend Red Faris for this race and it blew out out early. He was in the pits here and lost a lap to his Corvette friends who
continued to race through the Oakland course. Photo credit unknown Only photo of Dave MacDonald in this race. Dave and best friend Joe Frietas (77) going at it after Dave came back out from
the pits. He lost a lap replacing the tire but fought back through the field to finish 3rd 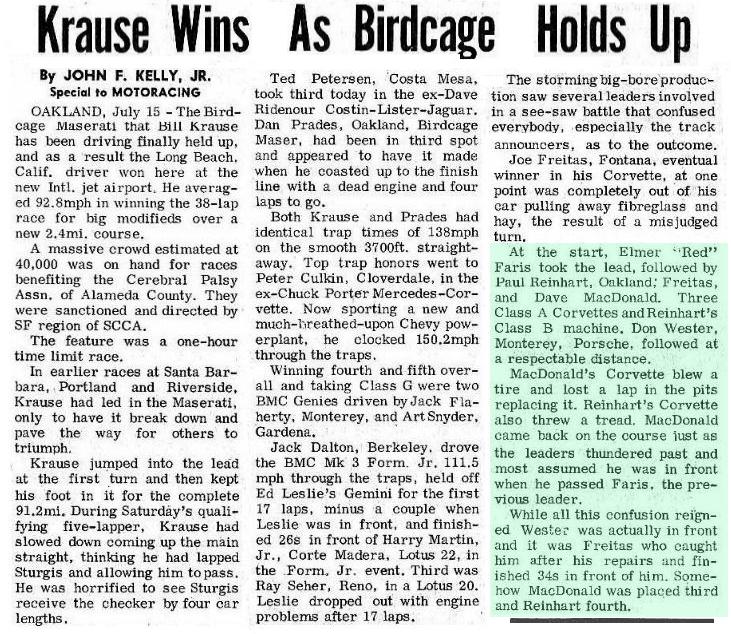 Dave Corvette was the fastest through the traps (136.2mph) but the blown tires did him in.

Letter from Red Faris (in Vietnam) to Dave MacDonald. Red apologizing that the Bruce's recaps he sold him blew out.