Dave raced at Pomona Raceway 5 times during the 1961 season and put his 00 Corvette in the winners circle in 4 of the 5 races.
Here's an aerial photo of the Pomona Fairgrounds course circa 1961-1963

Dave MacDonald streaking ahead of Bob Dickson's Corvette at the weekend races on January 7th & 8th, 1961. 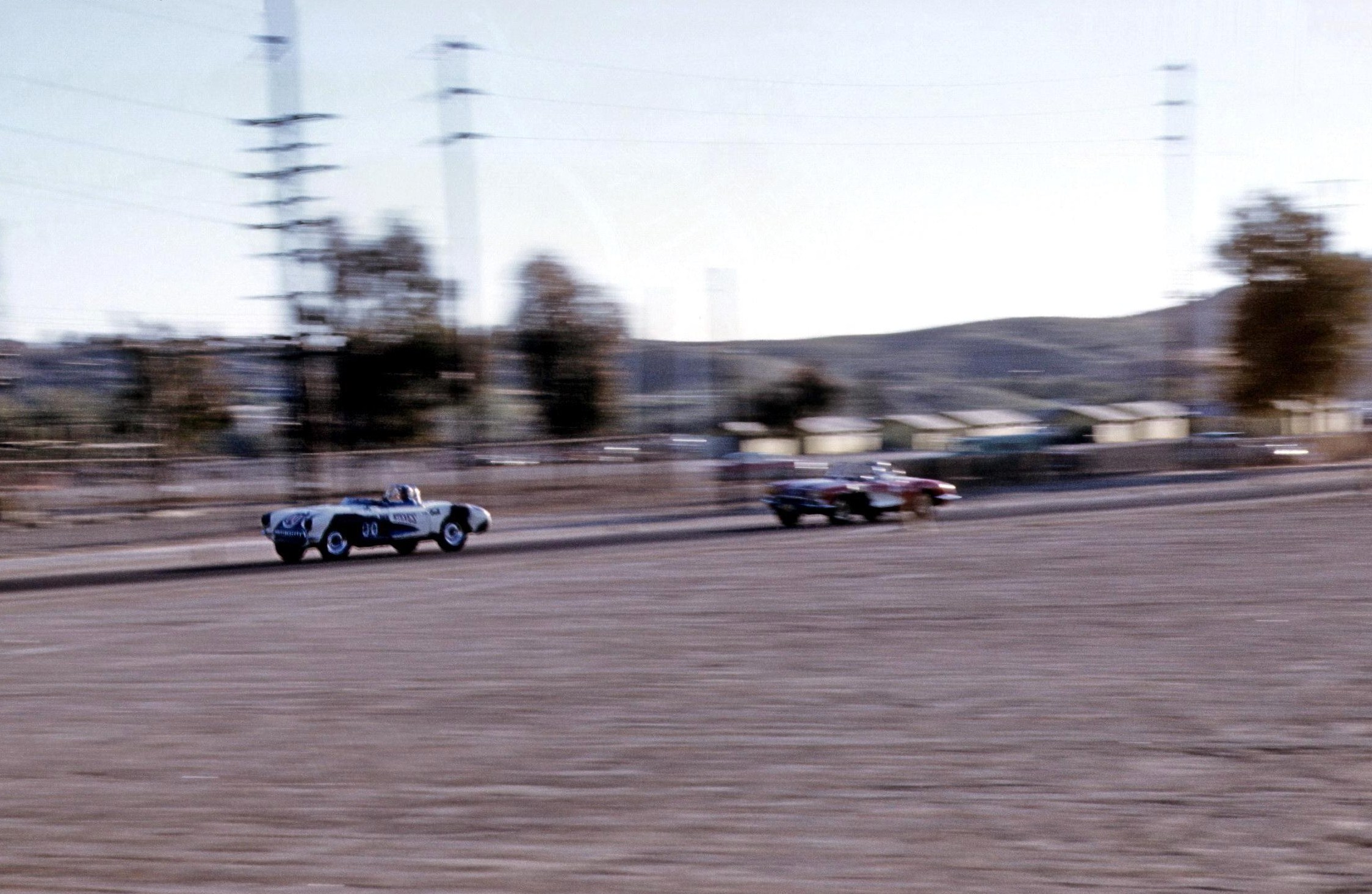 Another shot of Bob Dickson running the Production race on Saturday 1/7/61. Bob was involved in a crash with Chuck Brassell's
Corvette and both racers dnf'd in this race. 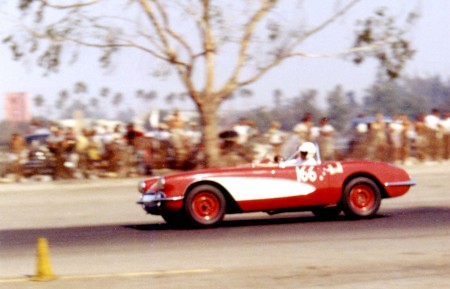 Same January races and this photo shows Dave and #58 Tony Settember in a back straight drag race. Settember dnf'd

Three months later Dave MacDonald came back to Pomona for the March 11-12, 1961 weekend races. No pictures for this race only
news articles recapping the races. Dave was winner both days. Races were originally scheduled for March 4-5 but were rained out 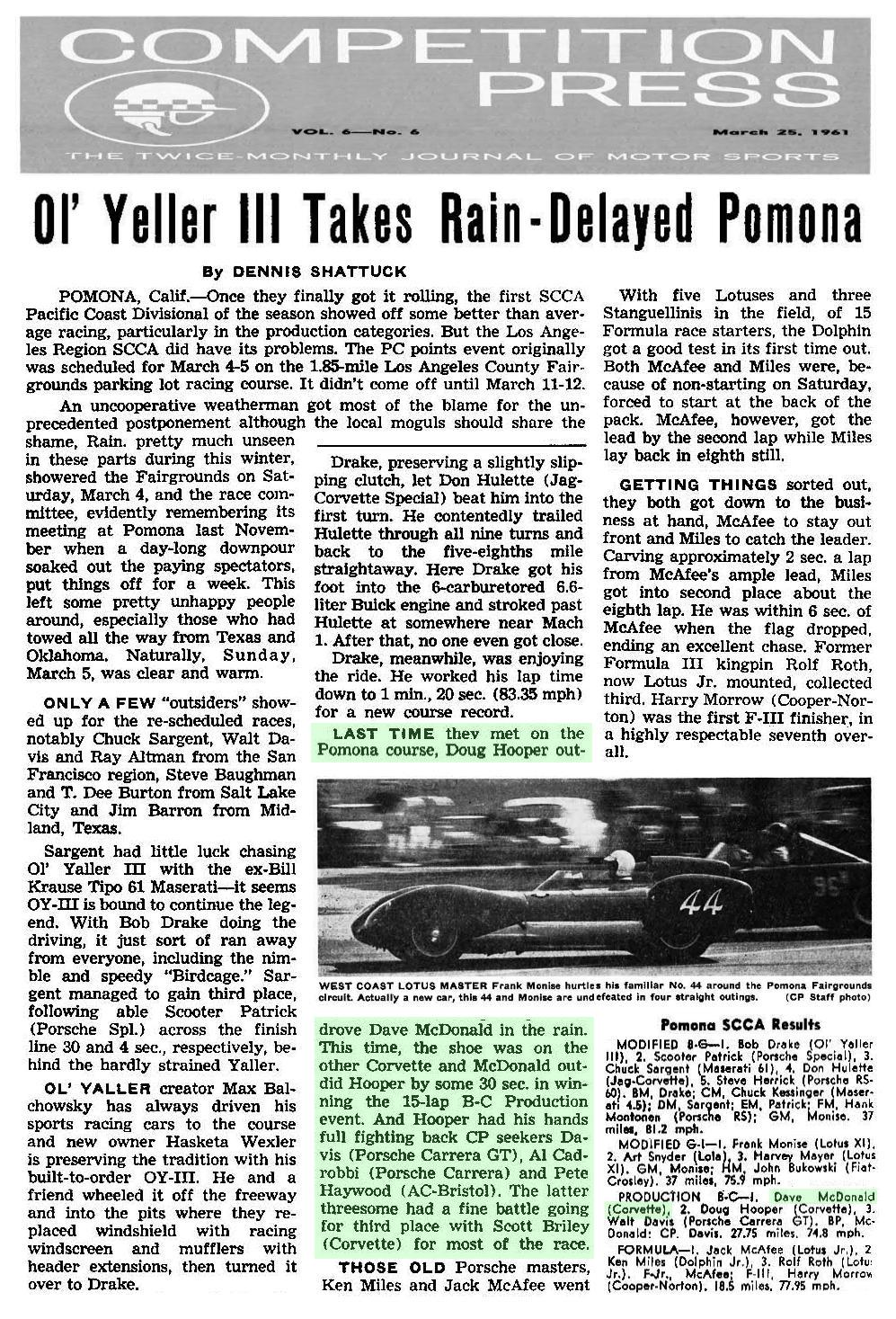 July 8-9, 1961 Dave MacDonald comes back to the Pomona Fairgrounds and this time he'll be driving his new '61 Vette. 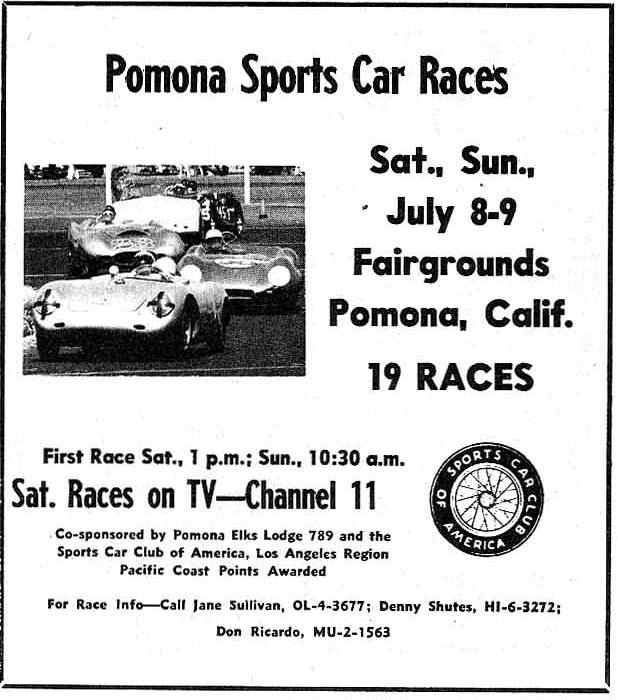 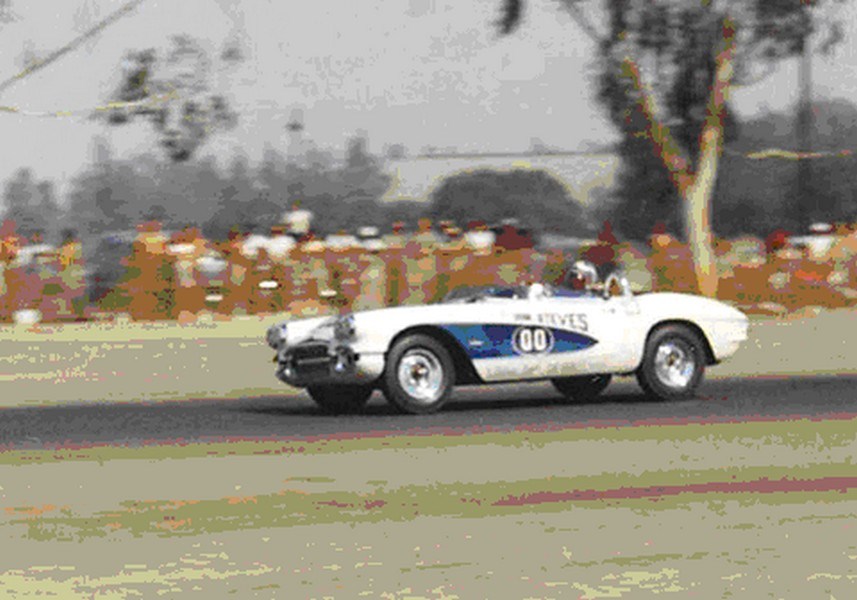 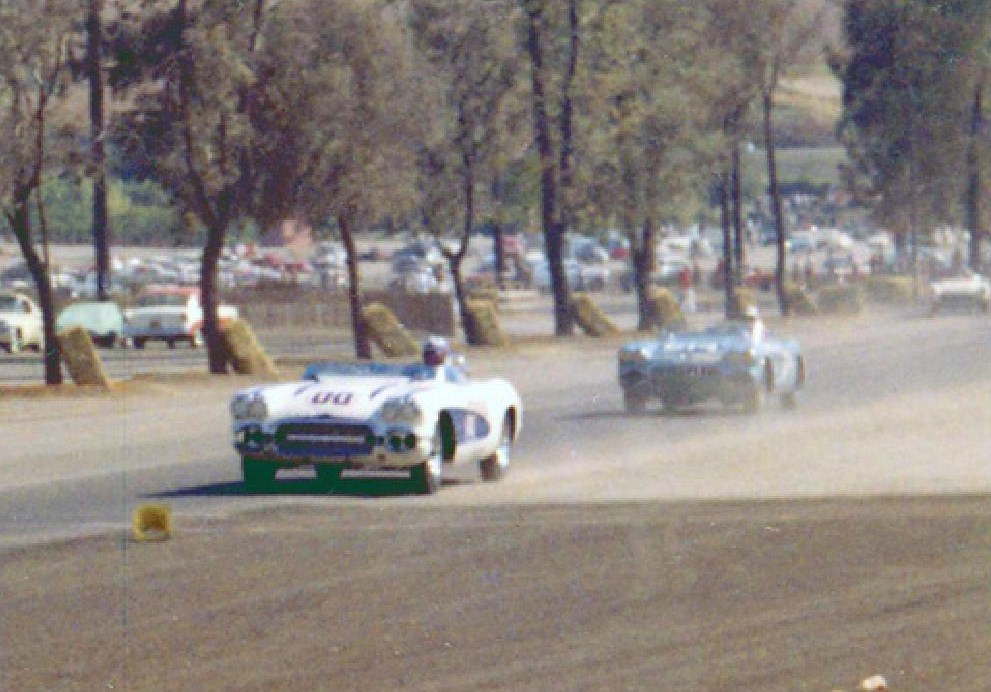 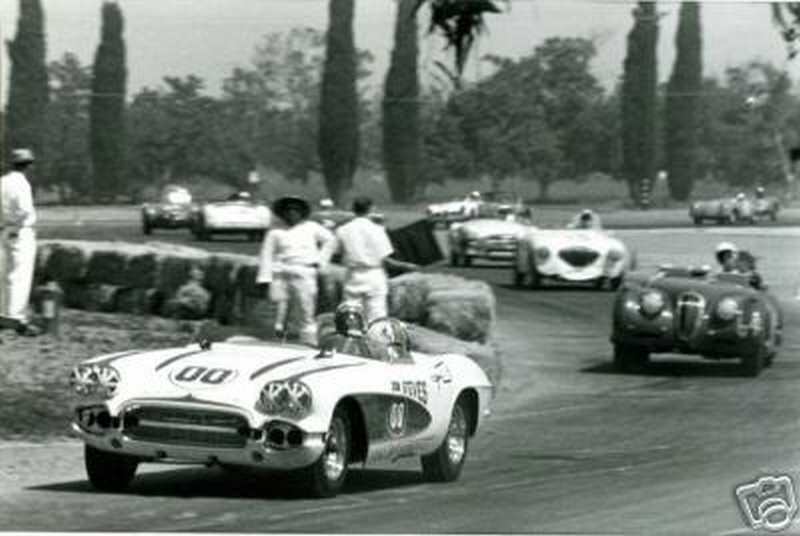 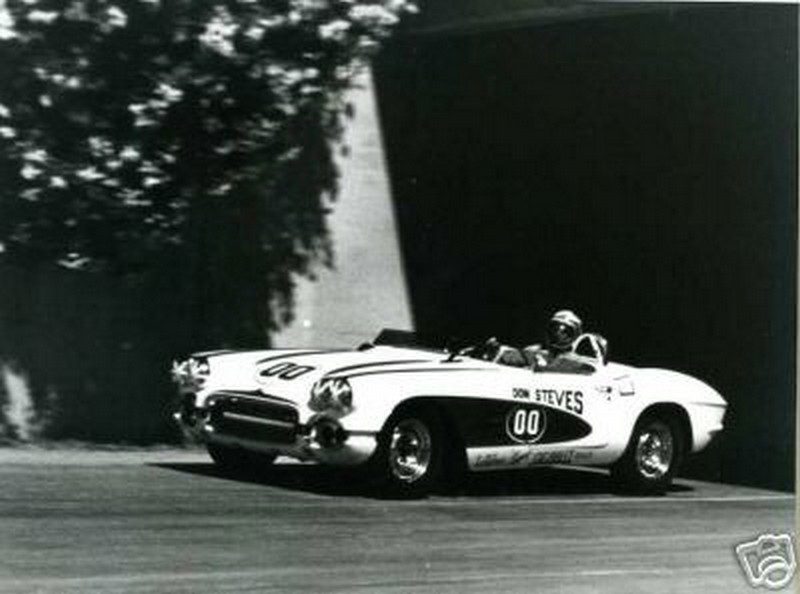 But Dave would blow the clutch plate on his new Vette and retire as a dnf. Good friend Bob Bondurant scored the victory. 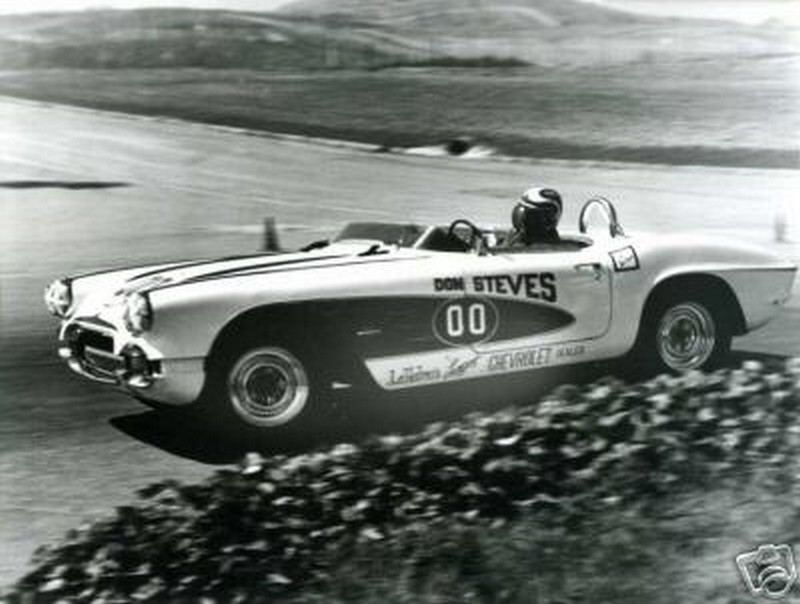 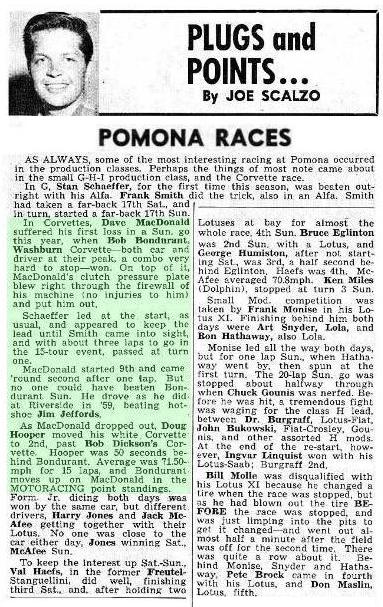 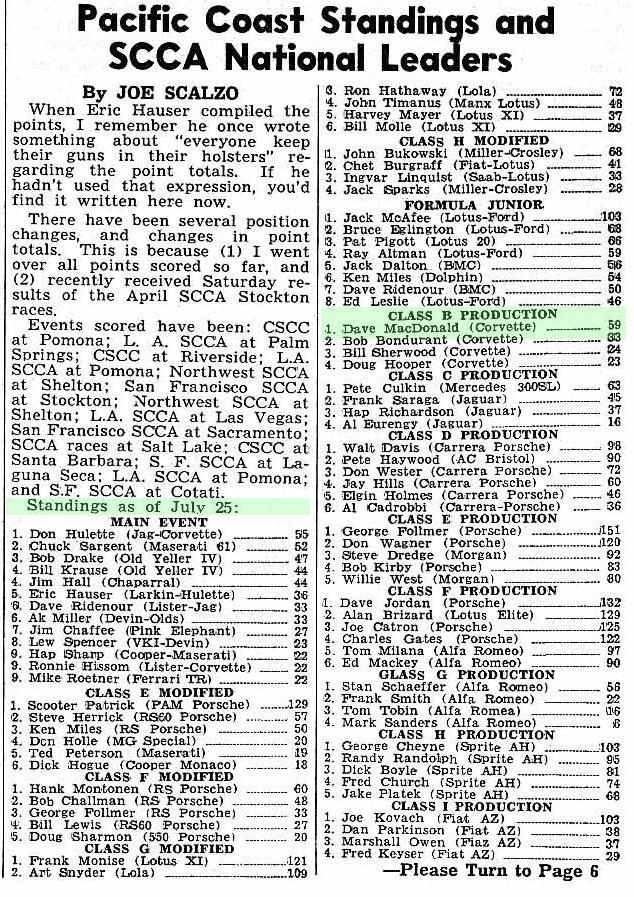