May 26-27, 1962 Dave MacDonald is back at Santa Barbara with his 1962 Vette. Dave gets the hole shot and leads Red Faris (#11)
and a pack of Corvettes on lap 1. Dave would score victory in this Saturday race.

Dave MacDonald was back at Santa Barbara for the Sep 1-2, 1962 races. Dave entered his '62 stock Corvette in the A-B Production
races on Saturday & Sunday - and at the last minute decided to run his stock vette in the modified main event on Sunday. 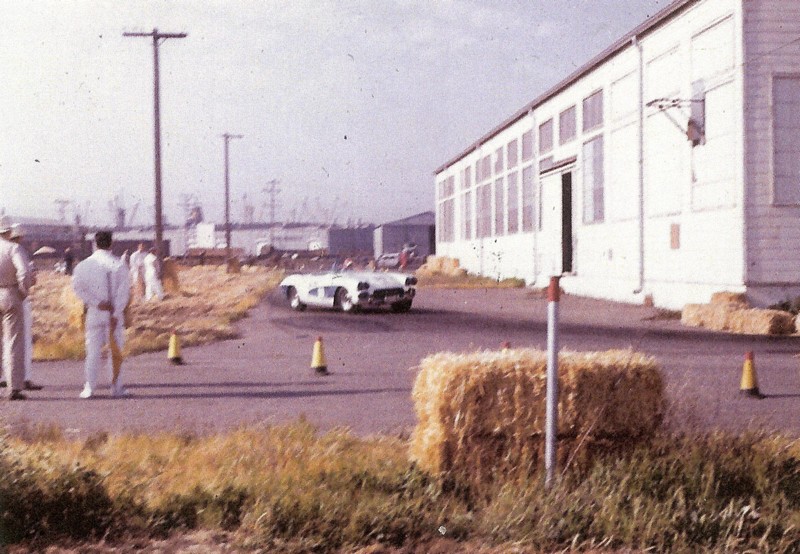 Late in the Saturday 9/1/62 race Dave puts some distance between himself and Corvette star Paul Reinhart's #6 Vette. 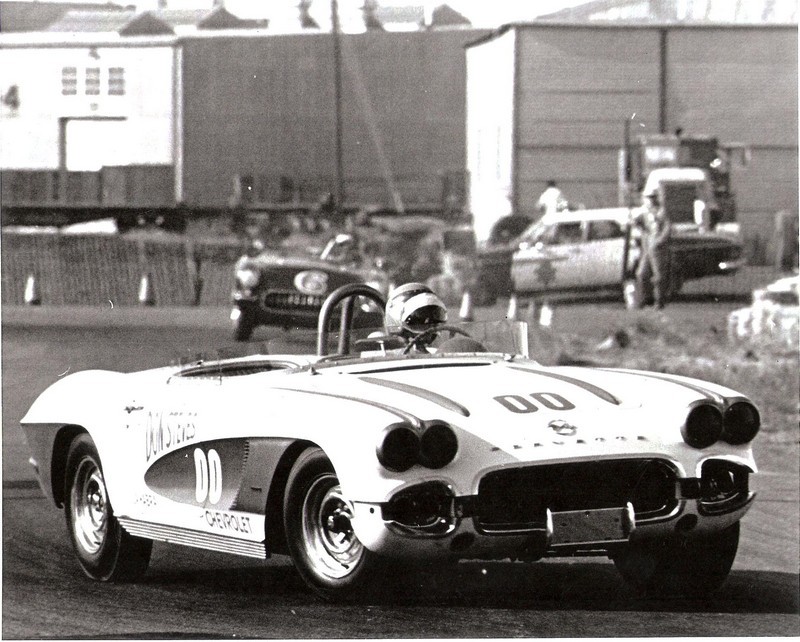 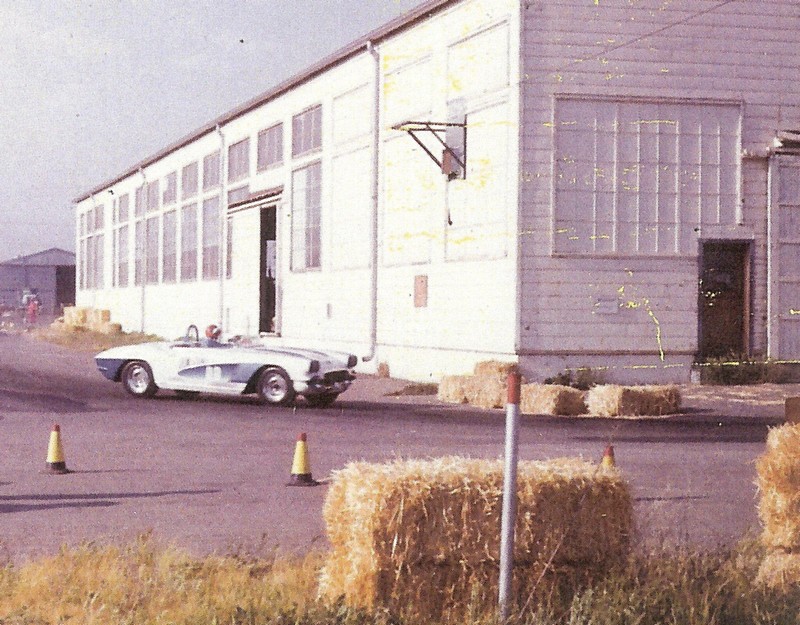 Dave MacDonald accepts the checkered flag for Saturday's 9/1/62 victory but he never got the chance to run in the Sunday 9/2/62
production main because his good friend Bob Harris was involved in an accident in the 9/1/62 Modified race. (see below) 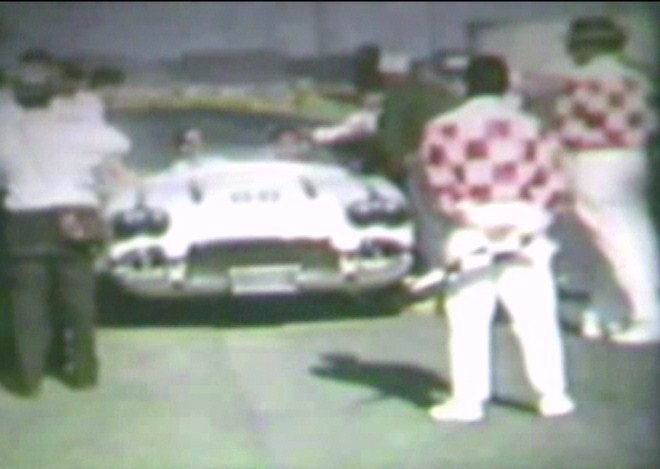 While Dave was running his stock '62 Vette in Sunday's 9/2 Modified main event (held immediately before the production main) he
witnessed a horrific accident. Running in 4th place directly behind friend and Hollywood stuntman Bob Harris, he saw Bob slide off
the course and flip his Modified Campbell. Dave jumped out of his car and assisted Bob away from the wreckage and then rode with
him in the ambulance to the hospital. The race was halted and finishing positions recorded as the drivers came to the start/finish line
a final time. Since Dave MacDonald left in the ambulance with Bob and did not complete the lap he was listed as a dnf. Dave was
still at the hospital with Bob when the Production main went off later that day and he did not compete. (Below is another view of Bob's crash). Sherry MacDonald (Dave's wife) left the track as well and drove to Cottage Hospital to join
Dave and actor Dan Blocker in the waiting room. Already at the hospital was the body of Los Angeles racer Russell Martin, who
died after a crash in the Formula Jr. race. Martin's mother was rushed to hospital and Dave & Sherry were in the waiting room when
she arrived. She was understandably very emotional that she had lost her son. Sherry says Dave almost quit racing that day as he said
he would never want his loved ones to experience such intense pain. Of course less than 2 yrs later Dave would die in the Indy 500.

Letter Dave MacDonald received from SCCA after the Santa Barbara race. Officials were not happy that Dave stopped to
help Bob. Ironically the letter was signed by board member Lew Spencer - Lew would be Dave's future teammate at Shelby.