July 13-14, 1963 - Shelby American enters weekend races at Pomona Raceway. Carroll Shelby, weary of Corvette Stingray racers
publically accusing him of avoiding head-to-head competition, has had enough! Let's get it on at Pomona! Carroll enters just one Cobra
- CSX2128 - and one driver - Dave MacDonald and tells the press "Dave is going to drive them into the ground and end this talk!". 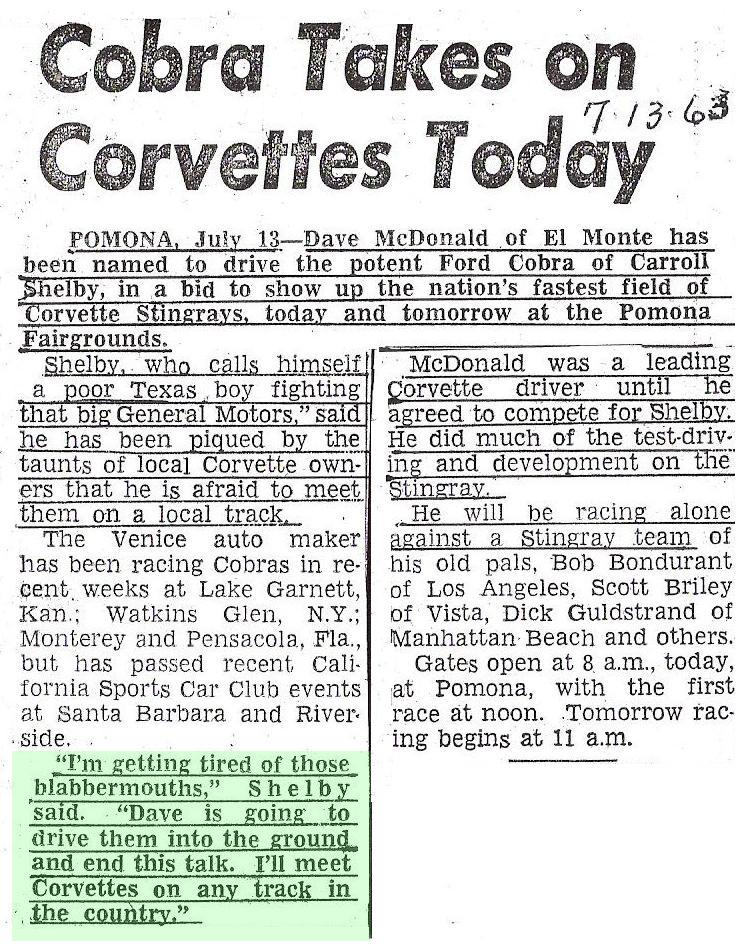 Here's a layout of the track circa 1963. Pomona's famed "underpass" is at the far right of the photo.

MacDonald held on to eek out a four second victory over Bondurant in the Saturday A-Production go. Photo Dave Friedman

Later in a surprise move, Shelby decided to enter the 7/13 Saturday afternoon modified race and run the Cobra against the modified
Porsches, Ferraris, Lotuses and others. Below: Bill Boldt's Kurtis Pontiac gets the hole shot and leads Dave MacDonald's Cobra
Roadster and Jim Parkinson's Campbell Special in lap 1. (Friedman)

MacDonald gets by Boldt and leads Jay Hills' Porsche 718 and the rest of the pack through turn 3. Dave trails only Ken Miles

Al Cadrobbi running strong and has his Porsche 718 RSK in 6th place. 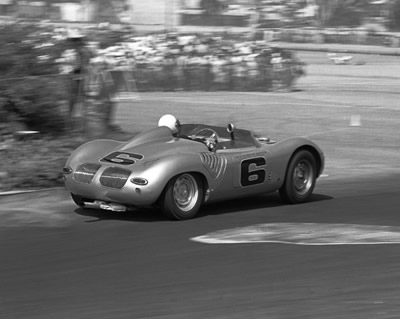 Ken Miles has retaken the lead with three laps to go - but Dave MacDonald is within striking distance.

Dave gets his hands dirty after Saturday races as he helps prepare the Roadster for Sunday's 7/14 Production race. Photo Allen Kuhn

Sunday's 7/14 Production race and MacDonald heads through Pomona's famed underpass just ahead of Dick Guldstrand in the #56
Stingray. Behind Guldstrand is Bob Bondurant in another Stingray & 2 cars back is Danny Stephens in a Corvette. Photo Allen Kuhn

Midway through the 7/14 Production race and MacDonald had opened up a large lead over the field. Photo Allen Kuhn

Dave MacDonald contunued to pull away from the field in Sunday's production go and finished a lap ahead of his nearest compettor.
Photo Allen Kuhn www.vintage-sportscar-photos.com

Sidenote - The photo above was used to create the official logo of the 2012 NHRA event celebrating the 50-yr anniversary of Carroll
Shelby's Ford Cobra. The bash will be held April 19-22, 2012 at the Pomona Fairgrounds 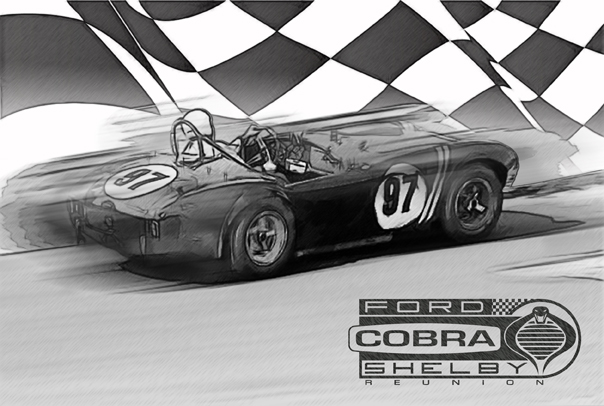 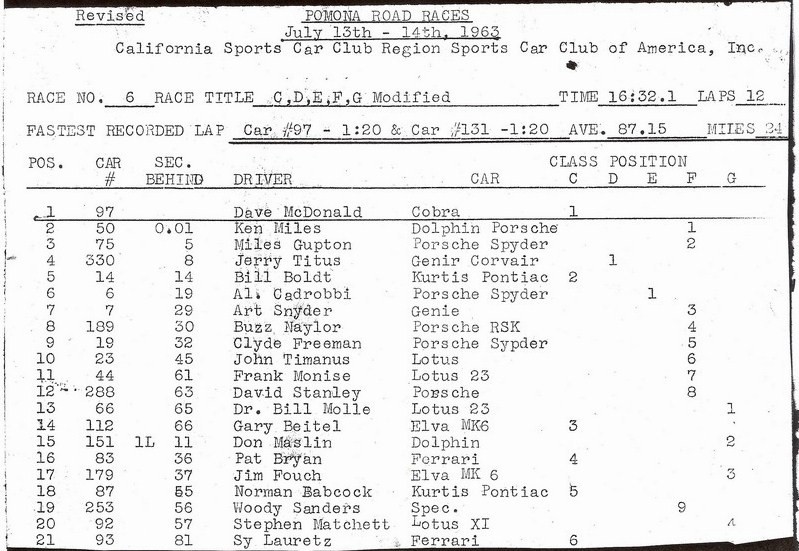 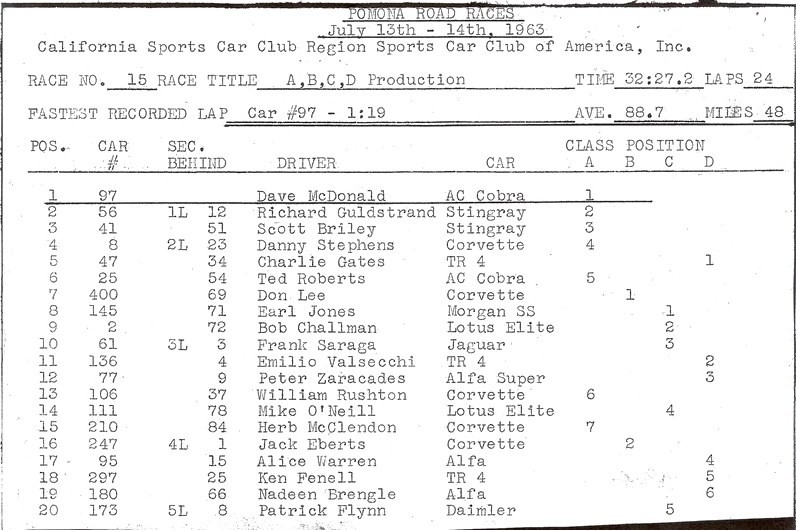 Dave MacDonald pilots the Cobra Roadster to three straight victories! These were the first-ever wins for Cobra CSX2128 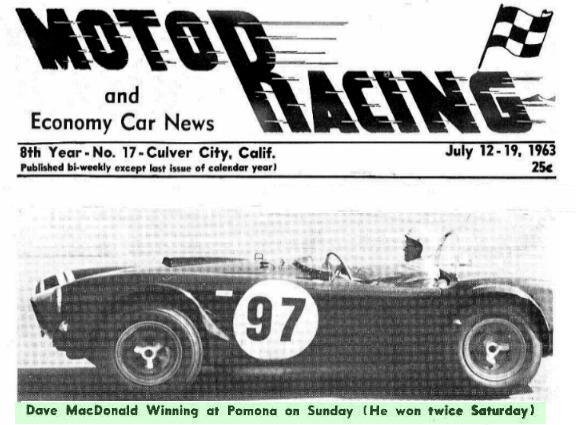 Shelby brought just one Cobra and one driver to Pomona and as he predicted ... it was enough. MacDonald won twice Saturday and
once Sunday for a Pomona trifecta and Shelby American had bragging rights ove the Corvettes. 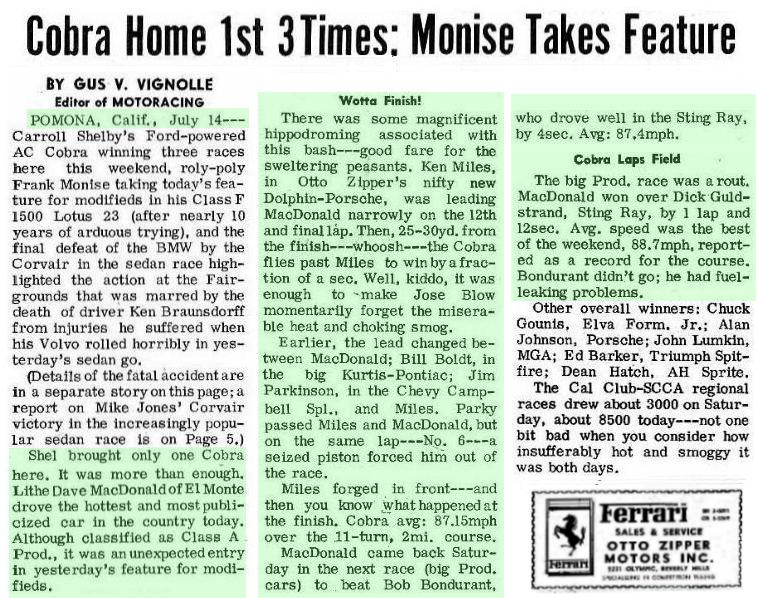 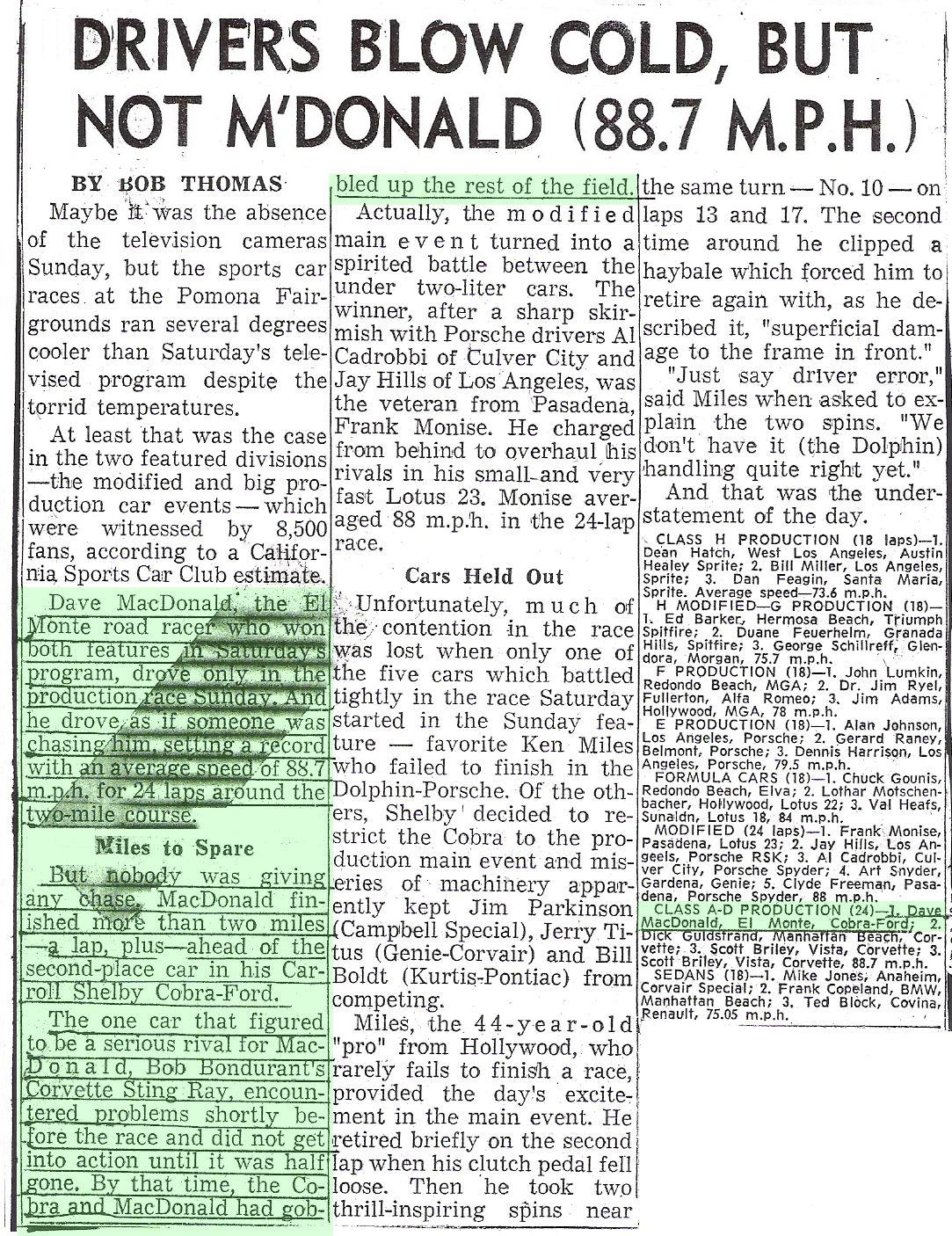 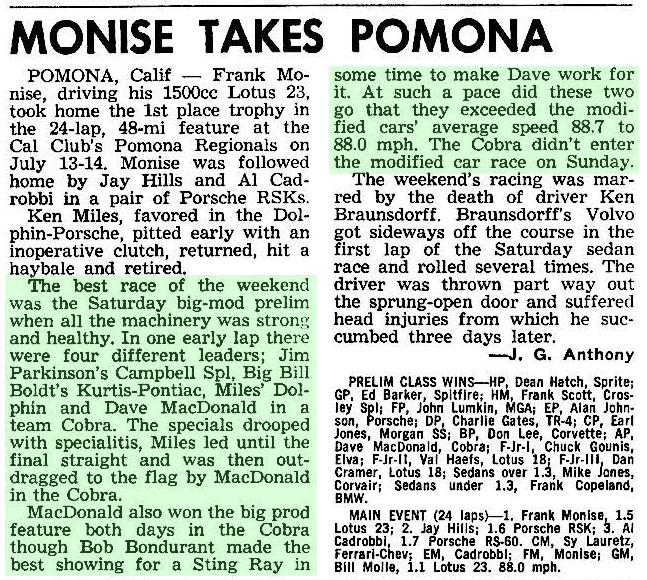 More on the races 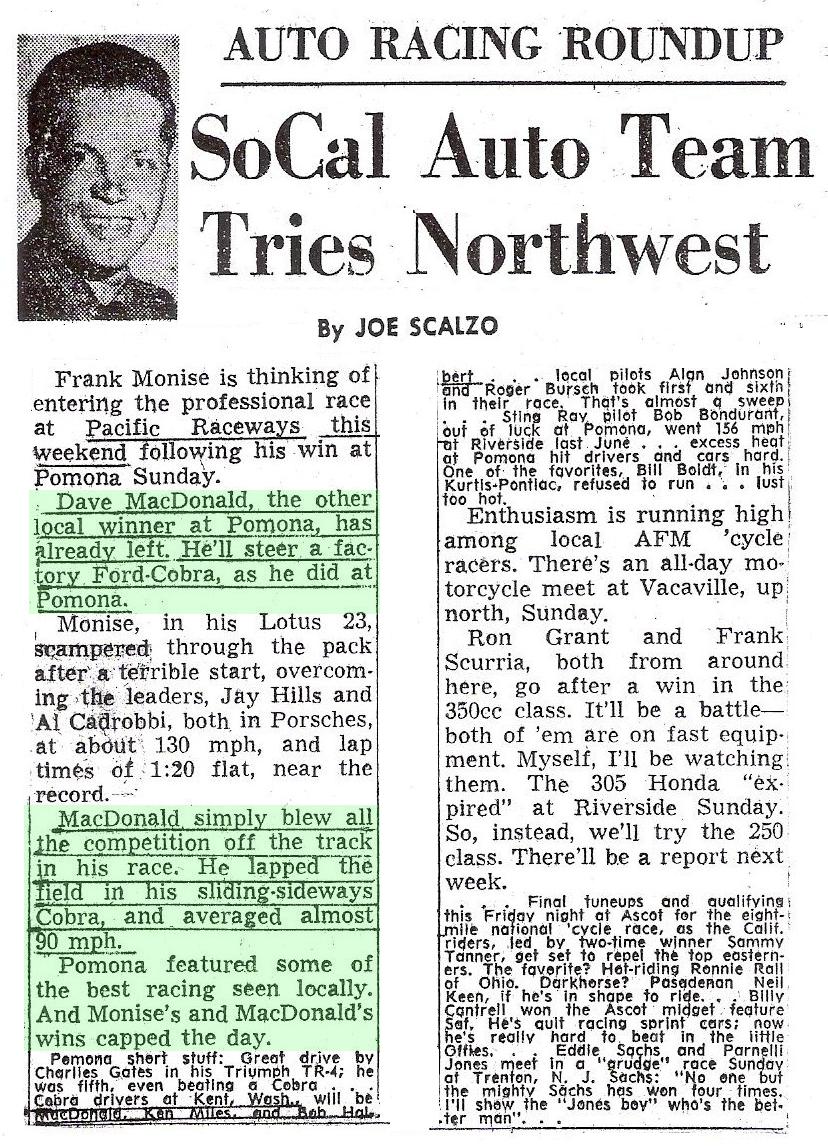