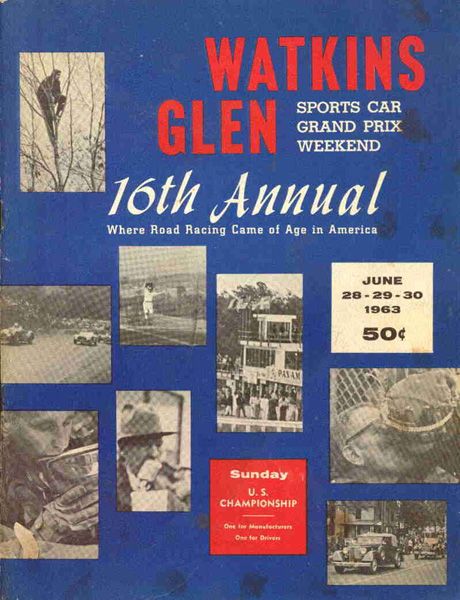 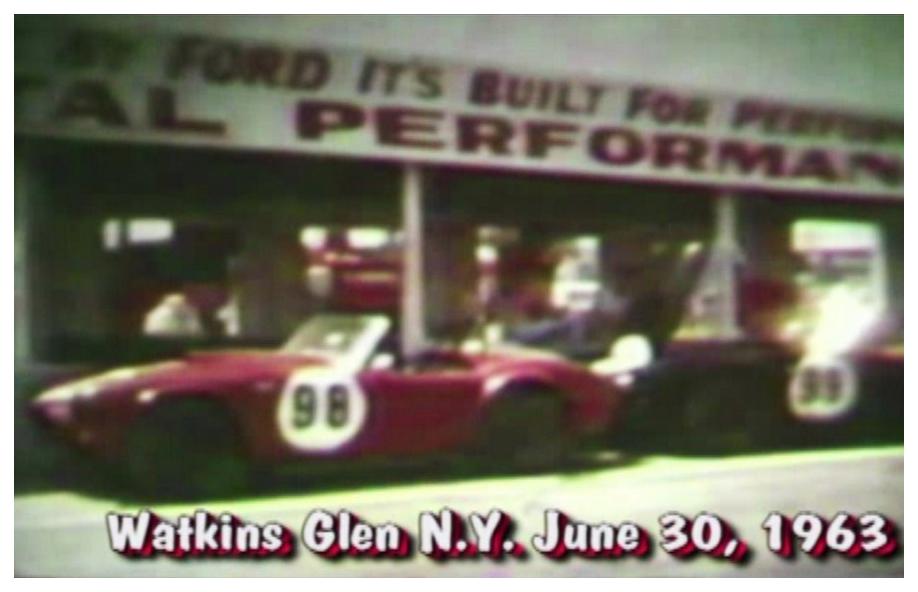 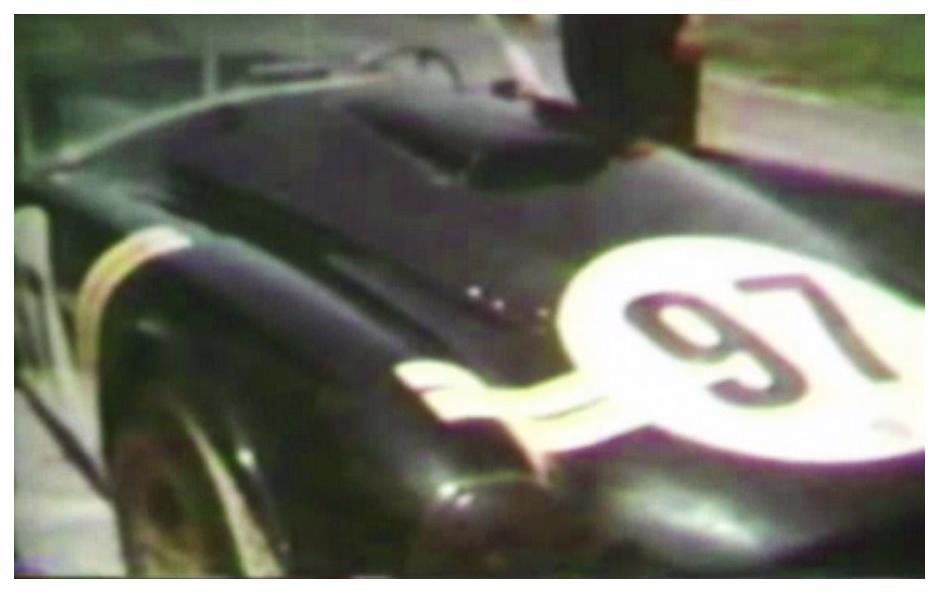 Carroll Shelby in the pits prior to the race 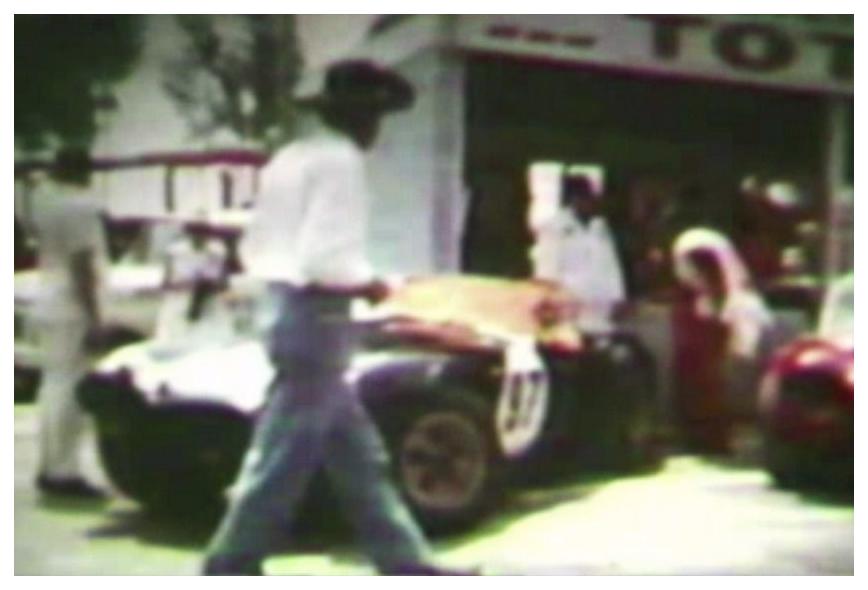 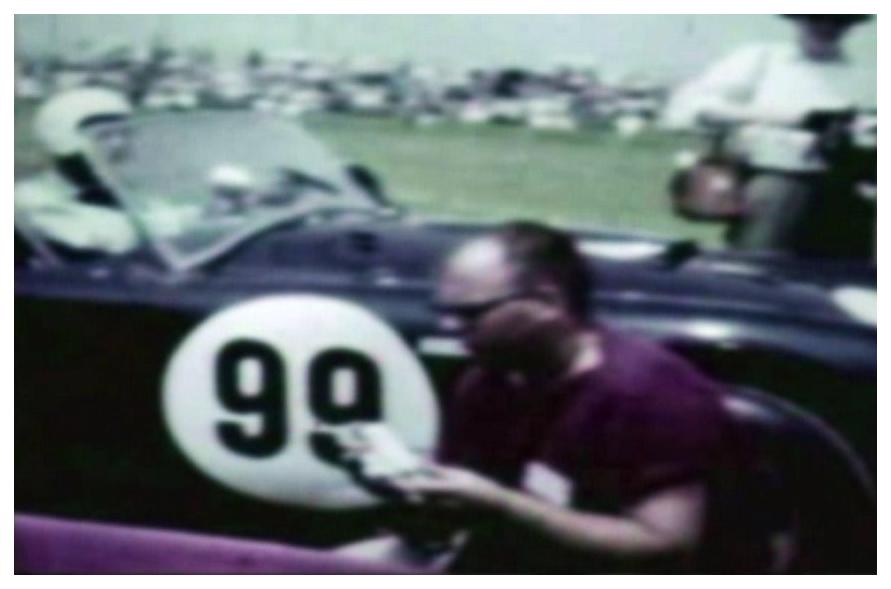 Dave MacDonald started in third position and Bob Johnson driving an independent Cobra in 4th position. Incidentally, Johnson is run-
ning Cobra Roadster CSX2026 that he bought from Shelby. This is the Cobra Dave MacDonald was driving when he scored Shelby
American's first-ever win (at Riverside 2/63). Shelby then slapped a 289cu engine in the car and Dave drove it to victory at Dodger
Stadium in 3/63. That same 289 engine is what Johnson was running in this race. 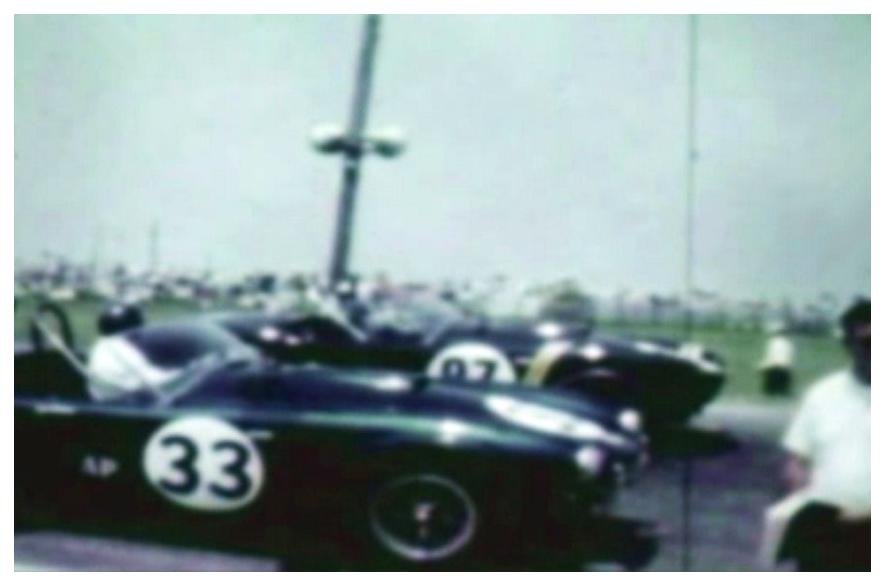 Johnson, Miles & MacDonald surround Jack Moore's Corvette Stingray and all three go by Moore to put him several laps back..

Bob Johnson would storm across the finish line ahead of Ken Miles & Dave MacDonald to take the checker. The three Cobras placed
1-2-3 and were the only cars to finish on the lead lap. Finishing 4th and two laps back was Mike Gammino in a Ferrari GTO 250. Bob
Holbert ran the third Shelby American Cobra and dnf'd. Photo Charles Justus Wick

MacDonald & Johnson celebrate after the race 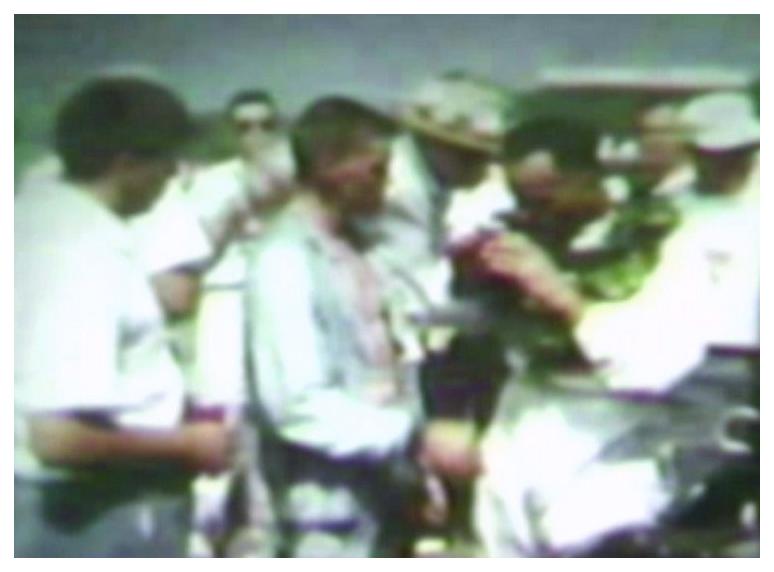 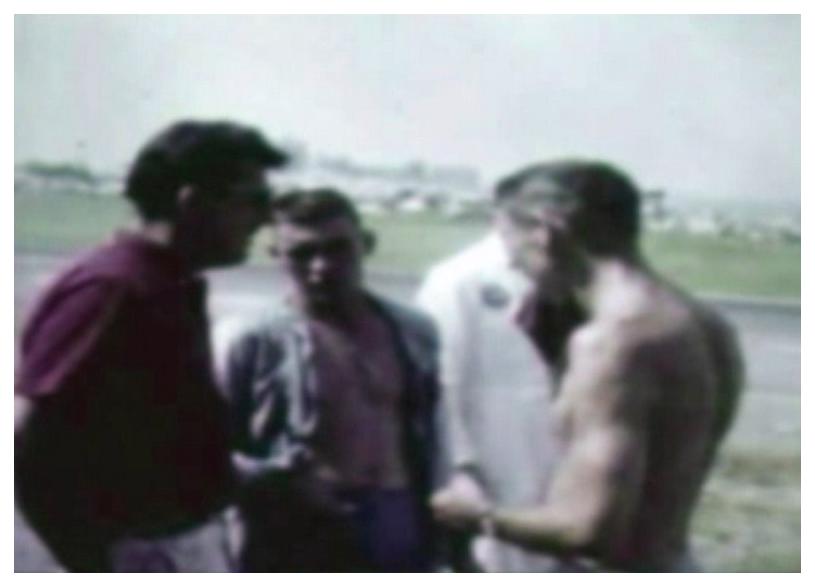 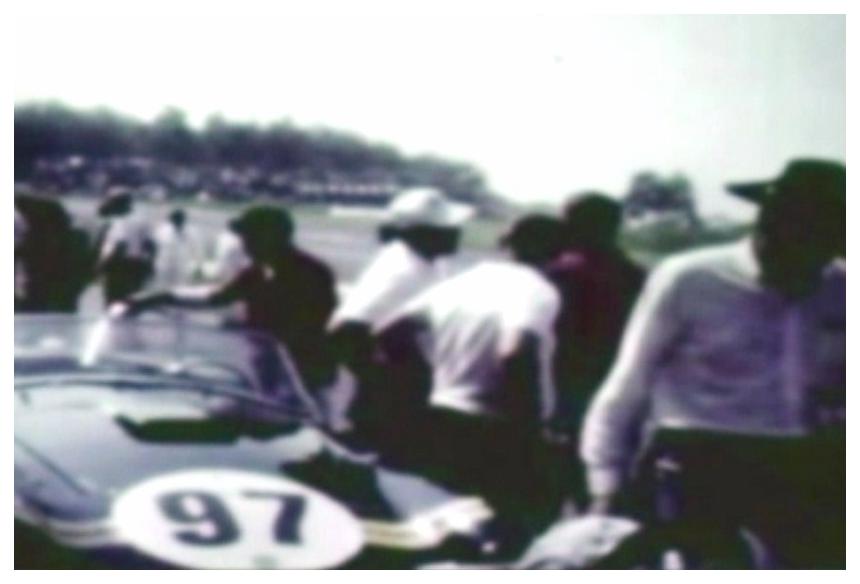 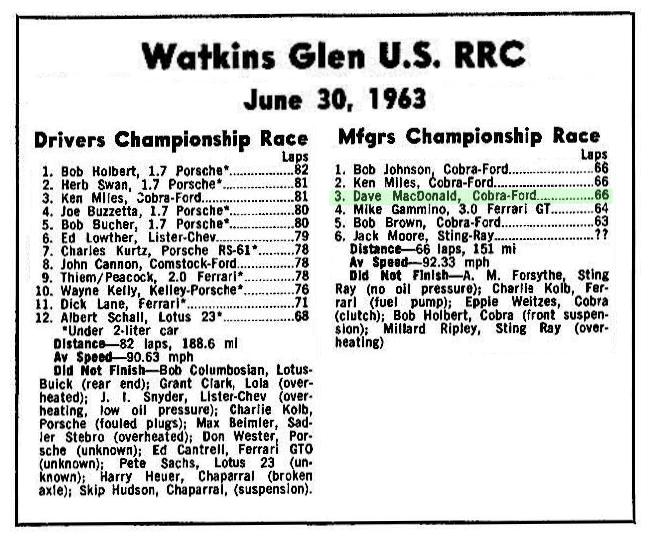 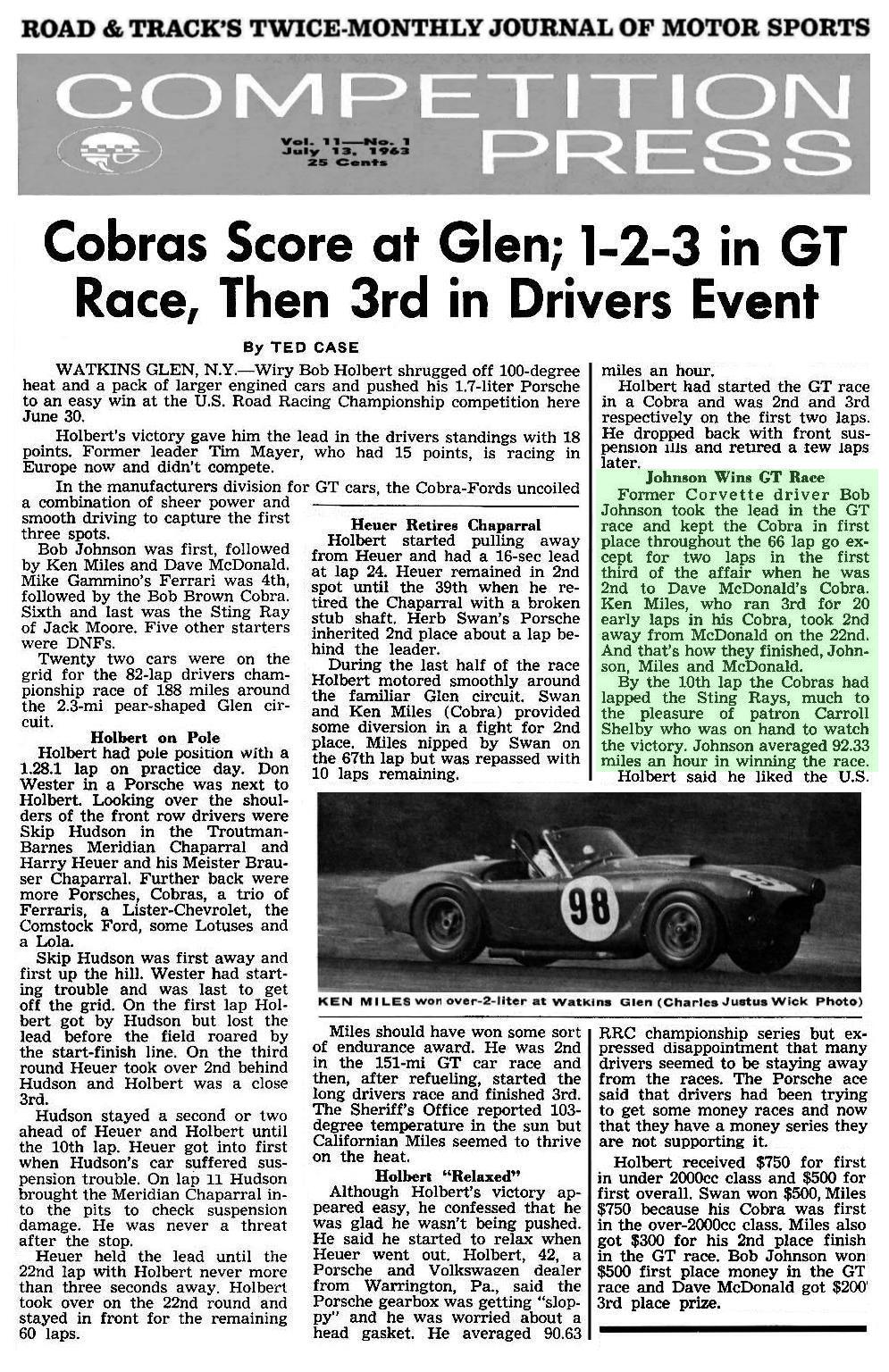 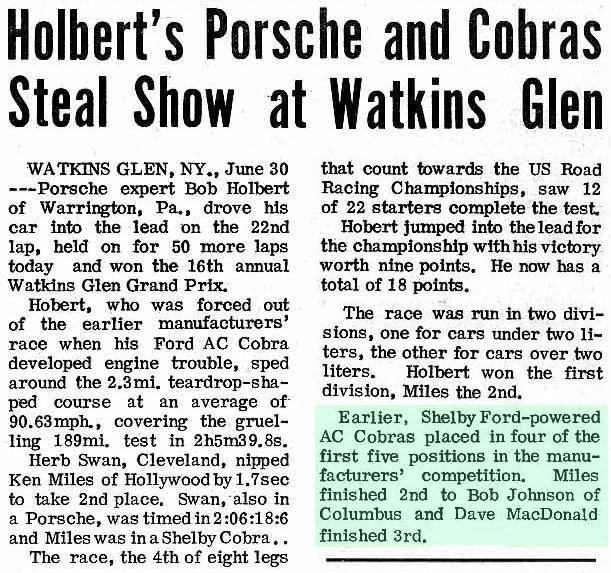