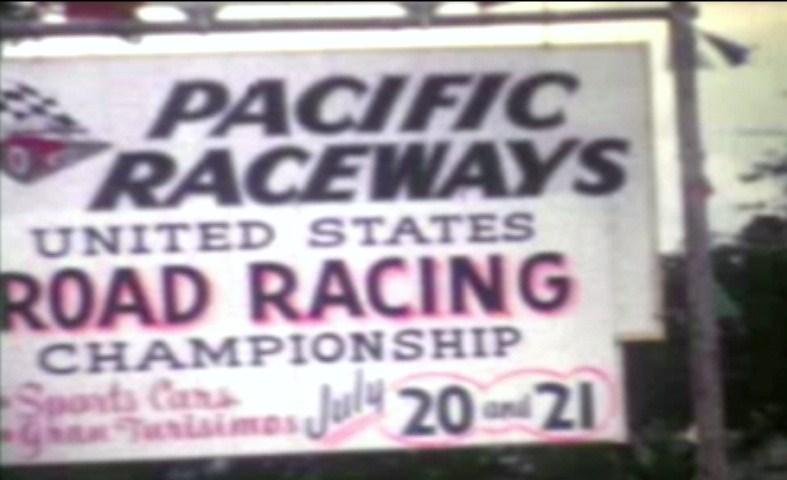 Shelby had already entered the Roadsters in the Manafactureres race for GT cars, but once he arrived made the decision to pit
them against a slew of modified Porsches, Lotuses, Genies and Chaparrals in the Modified race later in the day. 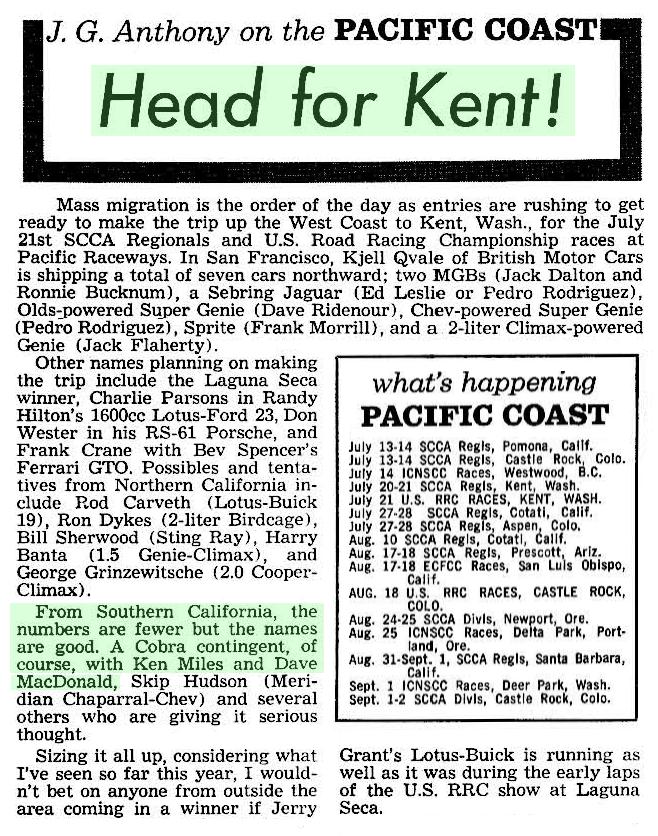 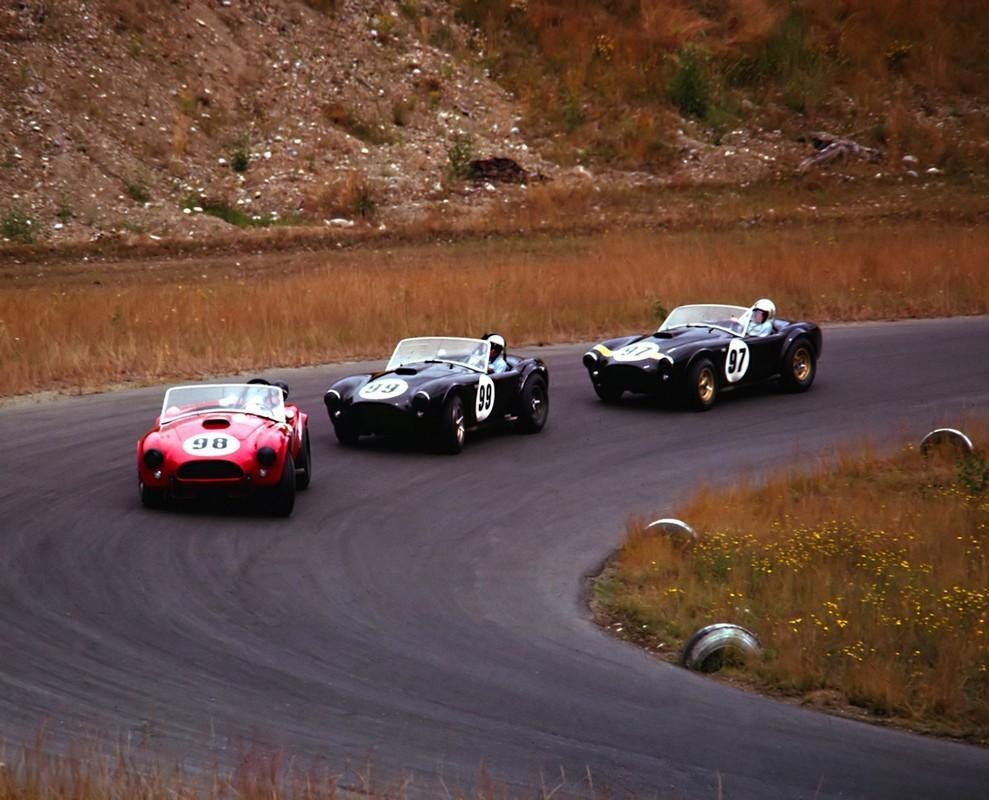 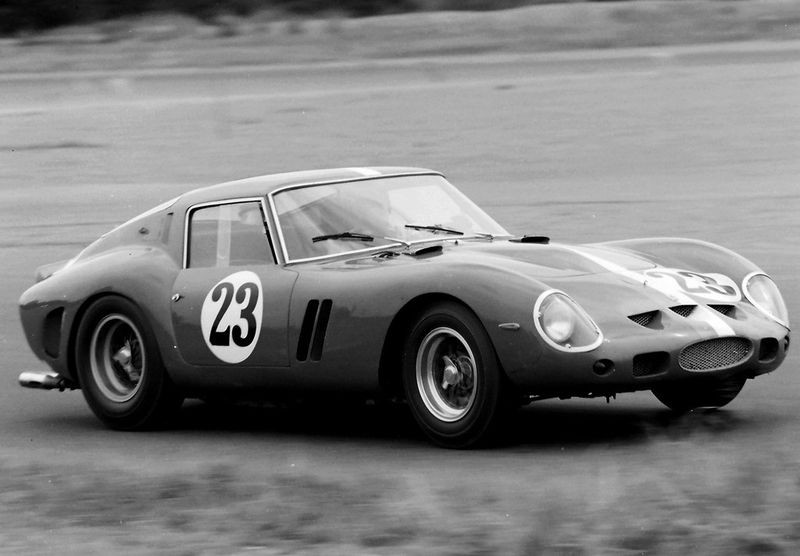 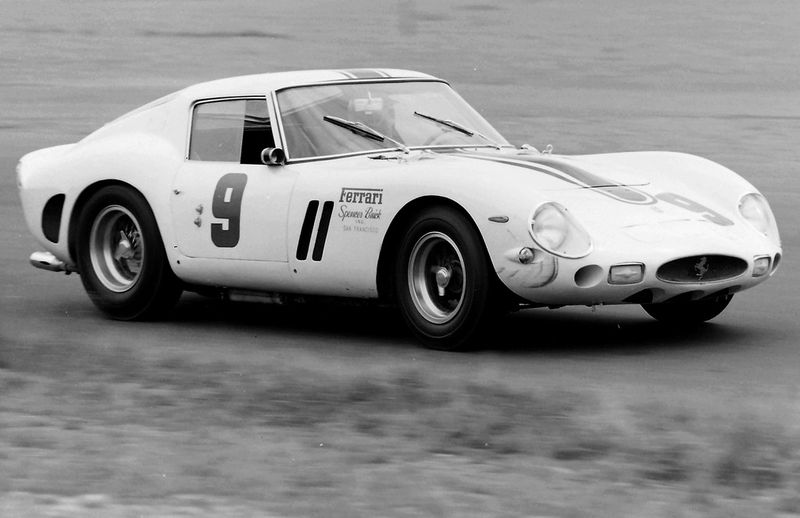 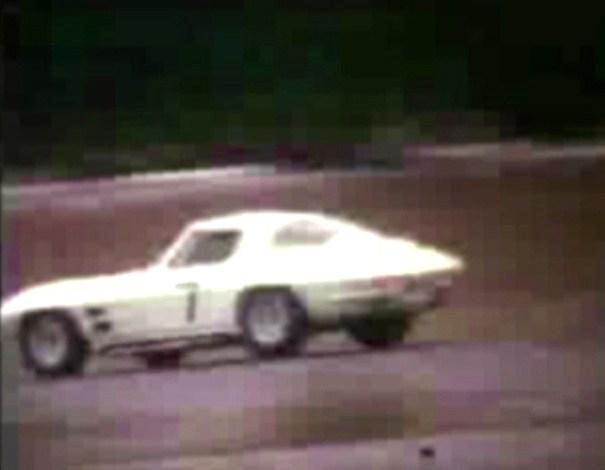 Late in the GT race the Cobras are still log jammed at the front running 1-2-3.

And they finished 1-2-3 too ... but with Dave MacDonald passing teammates Ken Miles & Bob Holbert to score the victory.
All 3 Cobras finished a lap ahead of the field. This win at Kent gave MacDonald four consecutive wins in the Shelby Cobra! 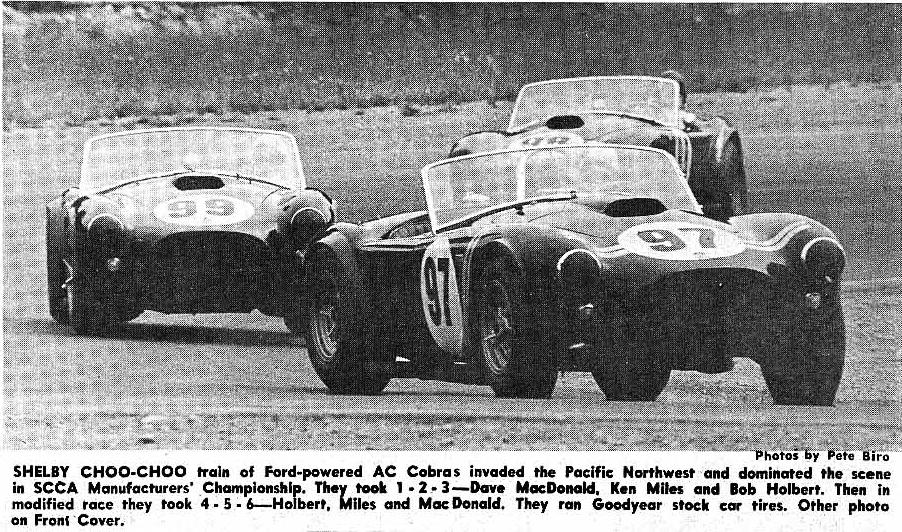 So after running 150 miles in the Manufacturers race Shelby refueled the Roadsters and ran them in the Modified event.
Below: Ken Miles in his Cobra Roadster leading the Porsche of Don Wester. Photo Julian Veovich 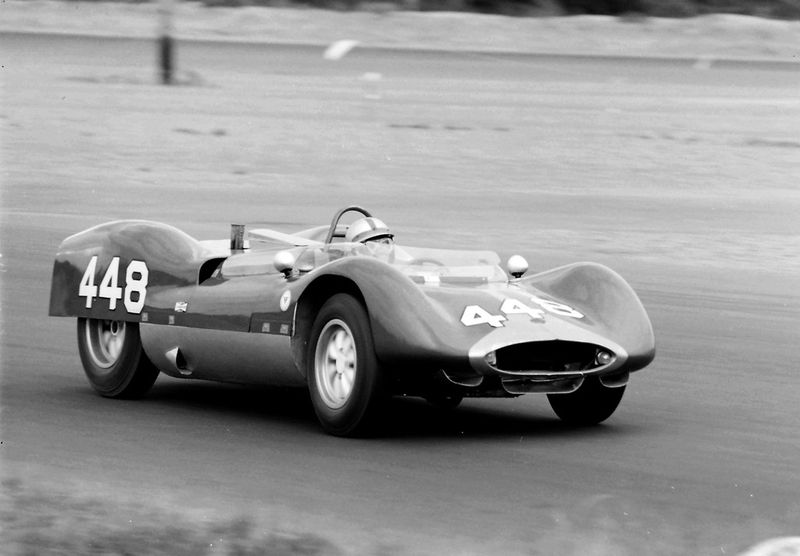 Race results for both the Manufacturers race and Modified race. These results helped the Cobras increased their lead over Ferrari
in the USRRC Manufacturers' Championship, a title an American team had never won to that point. Video footage of this race
can be seen in Dave's Racing Video section 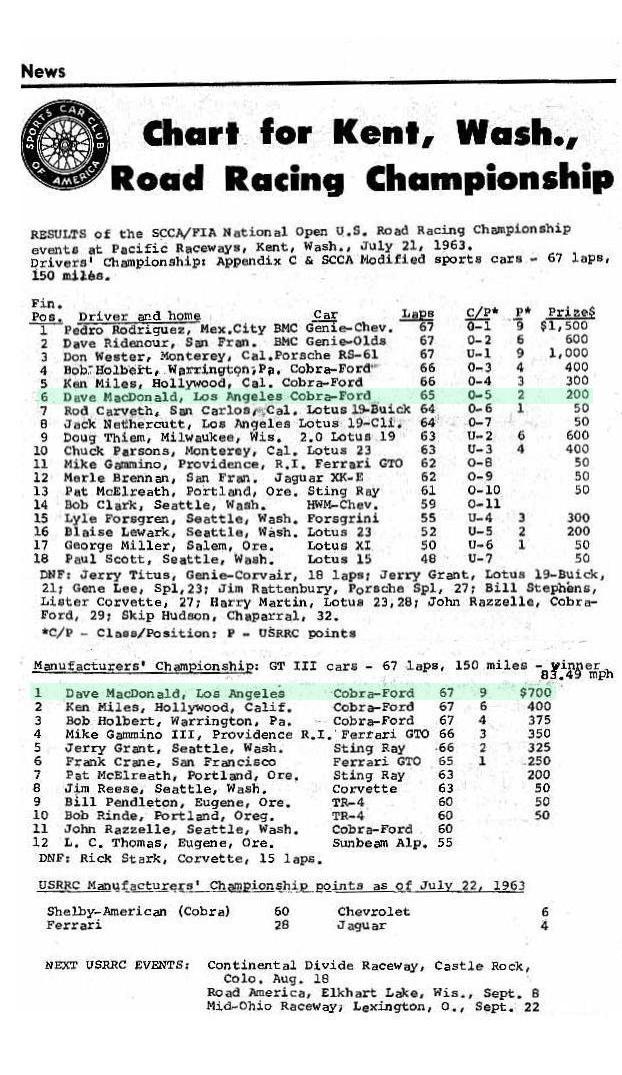 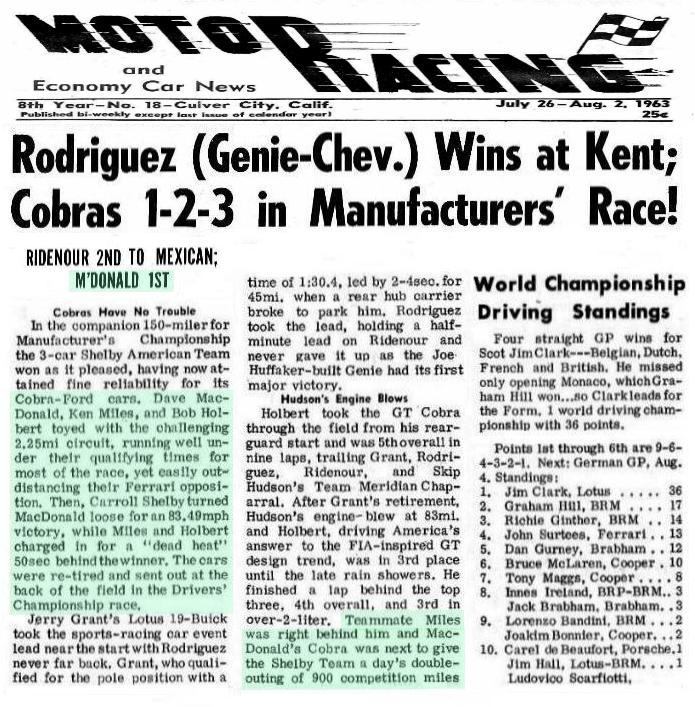 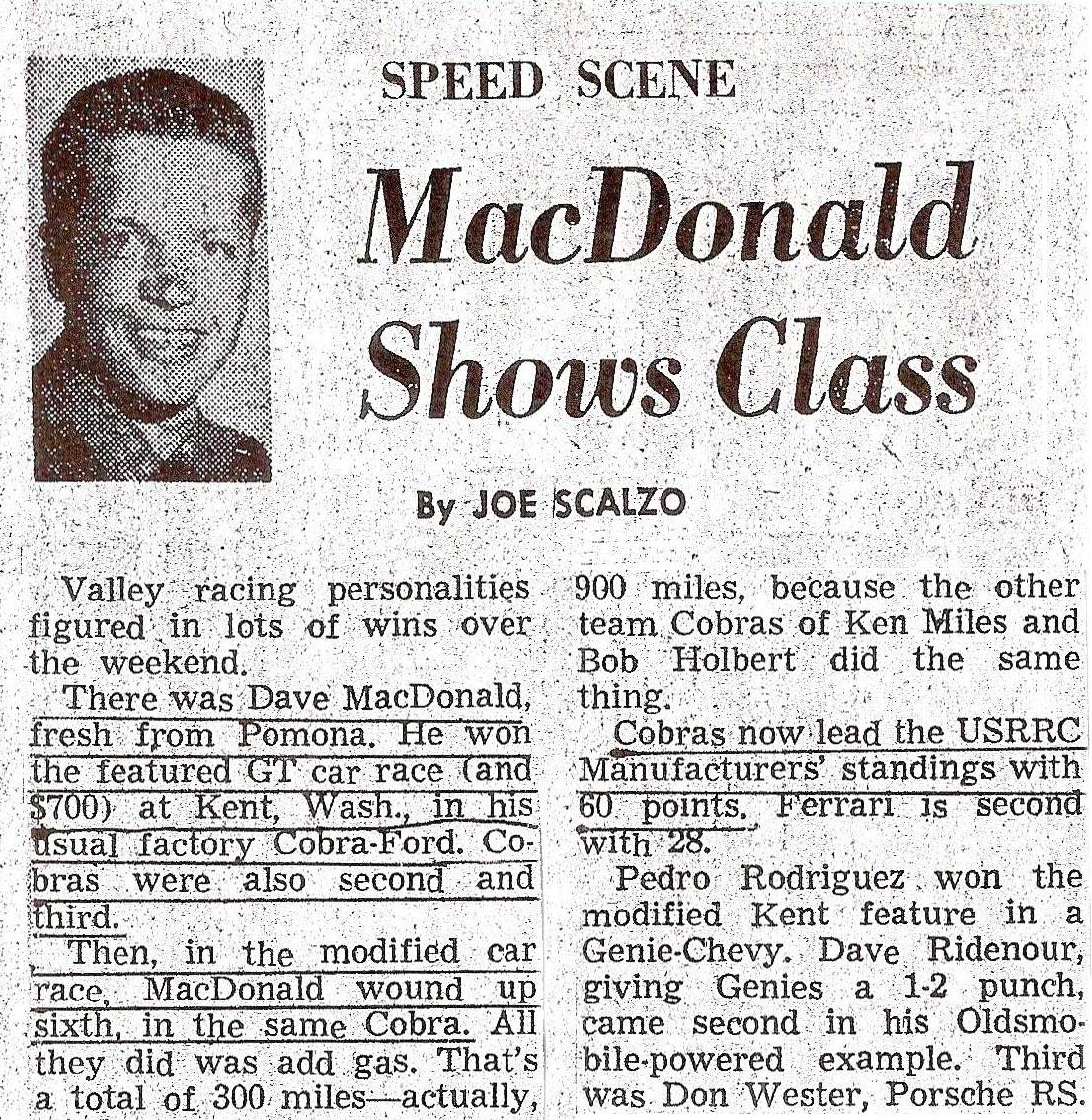 Album by the Rip Cords featuring CSX2128 on the cover. Two little known facts. 1) The Rip Chords were not actually a"real"
group. All songs on the album were performed colaborativly by the Beach Boys and Jan & Dean. 2) "Hey Little Cobra"
lyricist Carol Connors' real name is Annette Kleinbard.

In '63 the mighty Cobra Roadster knocked Ferrari off its perch and won the 1963 USRRC Championship!

2011 Shelby Hauler with Dave's image on the side. Hauler transports Shelby vehicles to various auto shows