May 26, 1963 Pensacola GT race - Dave MacDonald and the Shelby American team at the USRRC event. Ken Miles (97) on the
pole, MacDonald (98 - CSX2128) on the outside and newly hired Bob Holbert (96) in the middle and for a Cobra front row sweep.
Bob Johnson in an independant Cobra is behind them accompanied by a slew of Ferraris, Stingrays and Jags.

Lap 15 and Dave MacDonald's Cobra running 2nd behind new teammate Bob Holbert. The Cobra that Dave ran here at Pensacola
is Cobra CSX2128, the same car that appeared on the cover of the Rip Chords album in the 1960's. The album contained the hit
song "Hey Little Cobra", which was written by Carol Connors. Photo Dave Friedman

Holbert out in front of Roger Penske's Ferrari 250 GTO but Penske would go on to win the race with Gammino 2nd and Ed Cantrell
3rd for a Ferrari sweep. MacDonald, Holbert, Miles & Johnson all dnf'd with various mechanical failures. Bad day in Cobraland 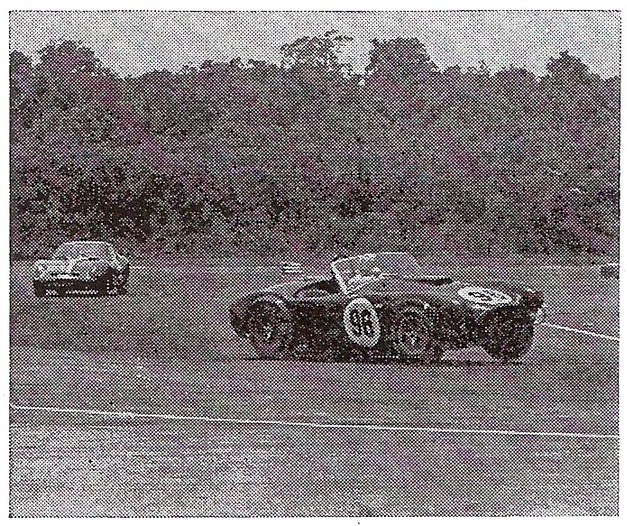 In the Pensacola modified race Ken Miles teamed up with Bob Holbert to run Bob's Porsche 718 RS 61 - and scored victory. 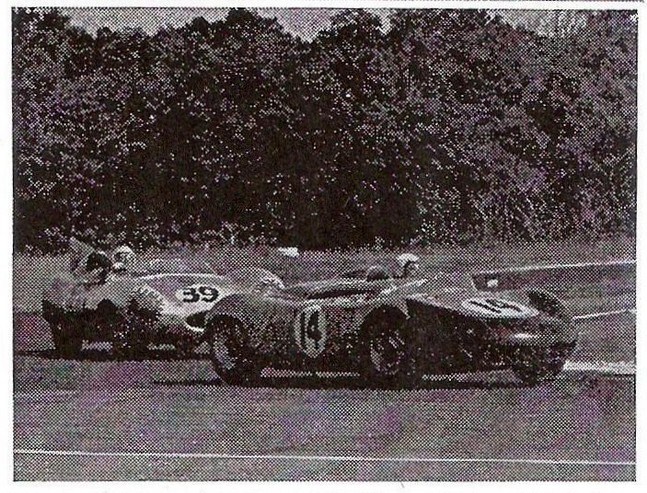 Articles recapping the May 26, 1963 USRRC at Pensacola