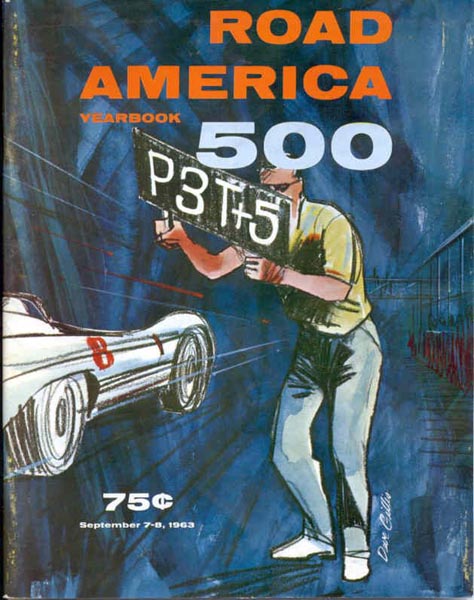 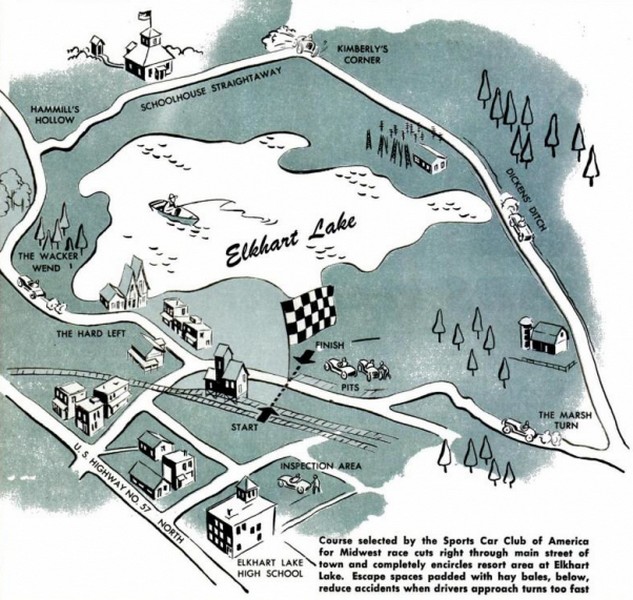 A huge throng on hand as 38,000 show up on Sunday to see some of the world's finest cars and drivers. Photo Dave Friedman

The cars begin filling the grid. Ken Miles starts in the pole position, Harry Heuer's Chaparral is next to him. Photo Dave Friedman

Corvair pace car leads the field of 61 cars that will compete in three division; over 2 liter, GT, under 2 liter. Photo Dave Friedman

Lew Spencer in the #99 Cobra passes Walt Hansgen's Jag, Skip Hudson's Maseratti and Roger Penske's Ferrari. He then prepares
to do the same to Bob Kelce's Elva Mk 7 (#5) and then the #17 Lister-Jaguar driven by Ullrich & Quick. Photo Dave Friedman

Miles blasting through the course in CSX2129

#55 Elva Mk.7 driven by the Hadley/Donovan team leads the Elva Mk 6 driven by Wolf & Talbot. Behind them is the Porsche
Special driven by Rickert & Eller. Photo Dave Friedman 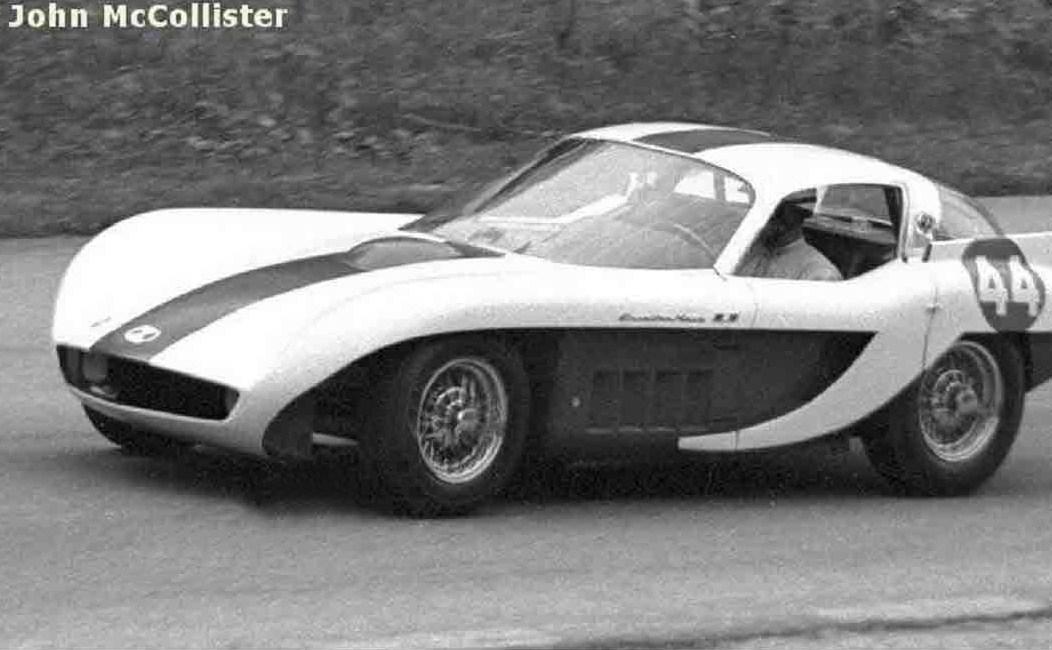 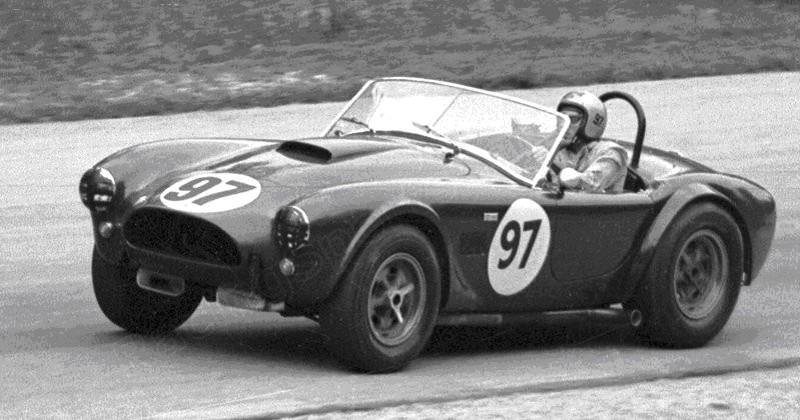 During his first shift MacDonald ran as high as 2nd overall and 1st in GT before pitting here and giving way to co-driver Bob Bondurant.

Bob Bondurant takes his first shift in the Cobra he shares with Dave and goes by Bob Dusinberre's Porsche and Stan Burnett's Ferrari
250 and then sets his sights on Skip Hudson's Maserati Tipo 151 (#93). Photo Dave Friedman

Augie Pabst now driving the Elva Porsche goes by the Stingray driven by Jack Moore and puts him a lap back. Photo Dave Friedman

Bob Johnson behind the wheel of the Cobra he shared with Lew Spencer. This Cobra was joint owned by Shelby & singer/actor Vic
Damone. Hollywood was in love with the Cobra! Photo John McCollister 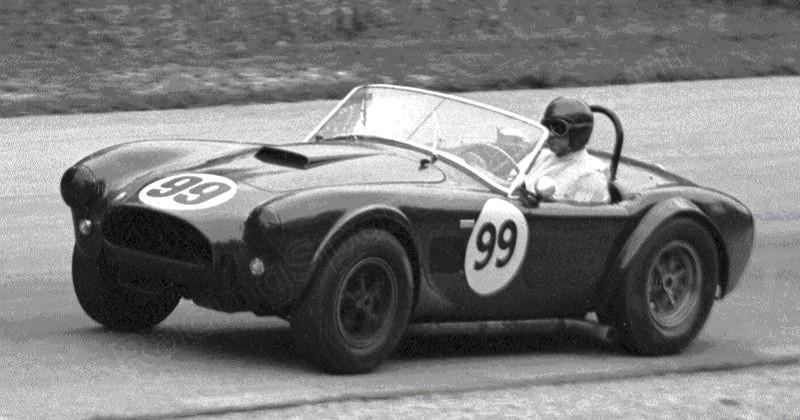 Dave MacDonald takes over for Bondurant at the 3hr mark and moves his Cobra through the esses in 5th place. Photo Dave Friedman 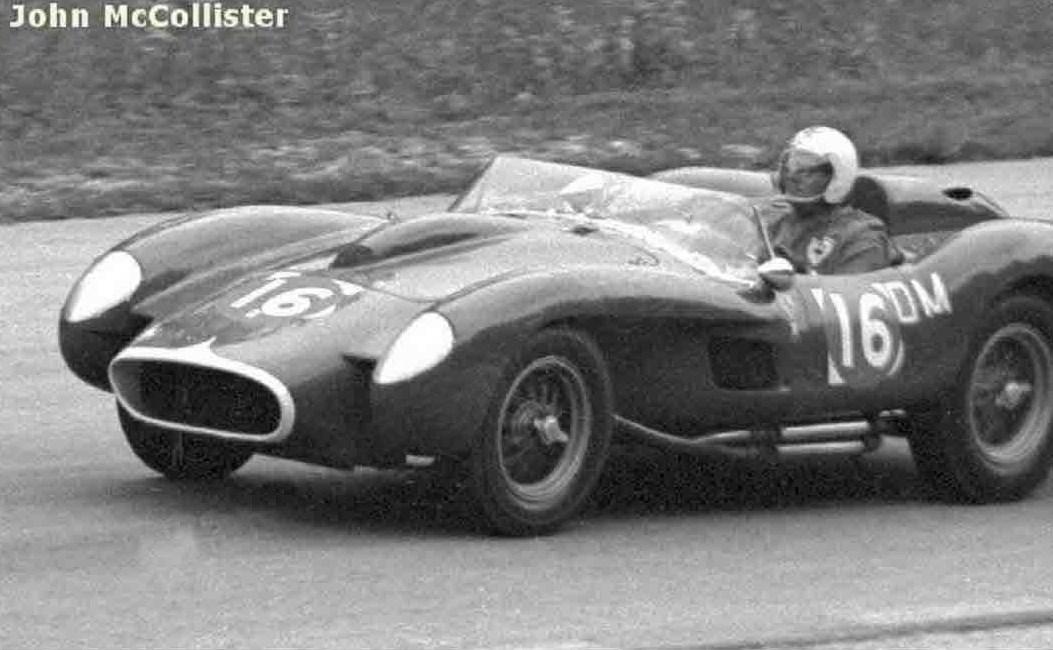 Ken Miles back behind the wheel again and blasting his Cobra through Hammill's Hollow and running 4th. Photo John McCollister 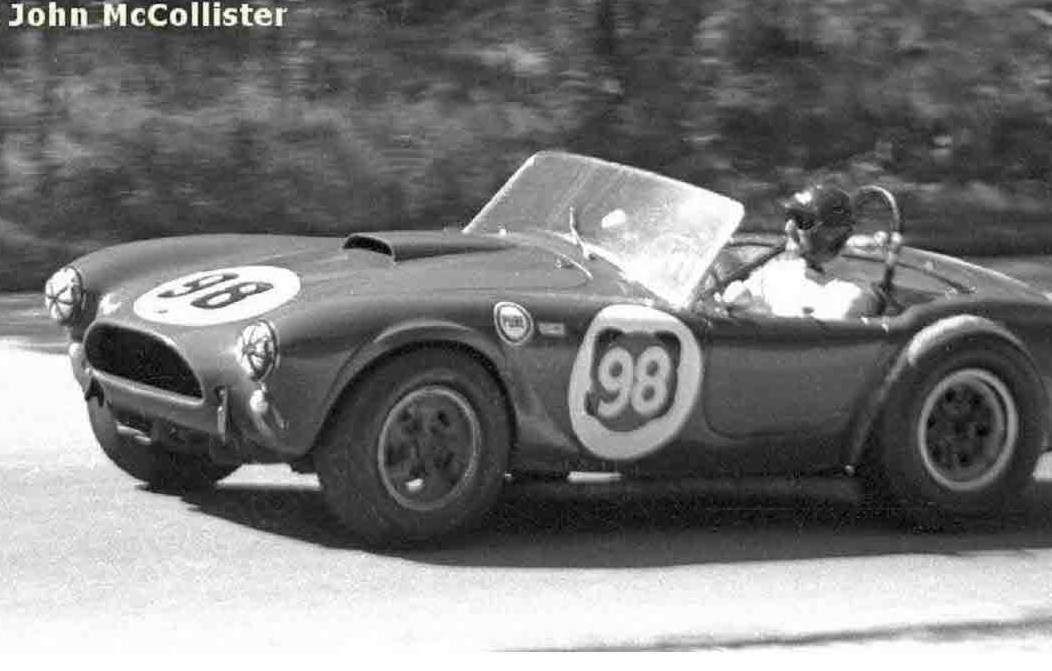 A pair of Jaguar E-type Roadster round a turn bumper to bumper. #63 is driven by Briggs Cunningham & John Fitch and #61 by
Walt Hansgen & Paul Richards. Photo Dave Friedman

Dave MacDonald #97 and Bob Johnson #99 running 4th & 6th OA and 1-2 in the GT class with 5 laps to go. While the two are
running side by side in this photo Johnson is two laps behind MacDonald. Photo Dave Friedman

Wuesthoff and Miles battling right to the end and they're the only two drivers on the lead lap as they near the finish. (Dave Friedman) 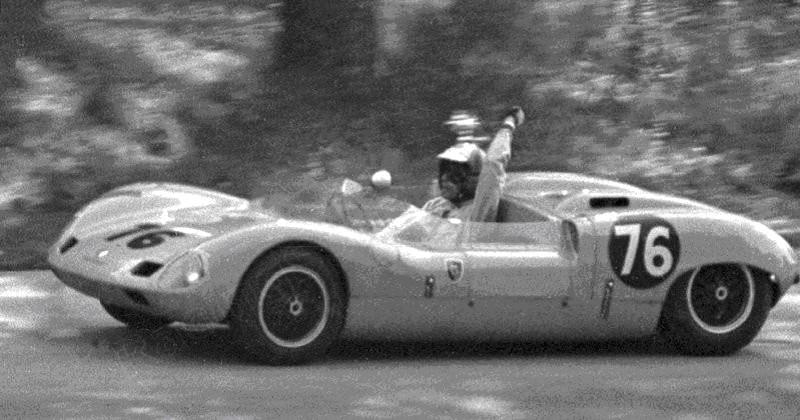 Dave MacDonald rumbles down the front straight toward the finish line. After 6 hours of brutal road racing he and Bob Bondurant
finish 4th overall and 1st GT in Shelby Cobra CSX2136.

News articles recapping the 1963 Road America 500. Video of this race can be seen in "Dave's Racing Videos" section 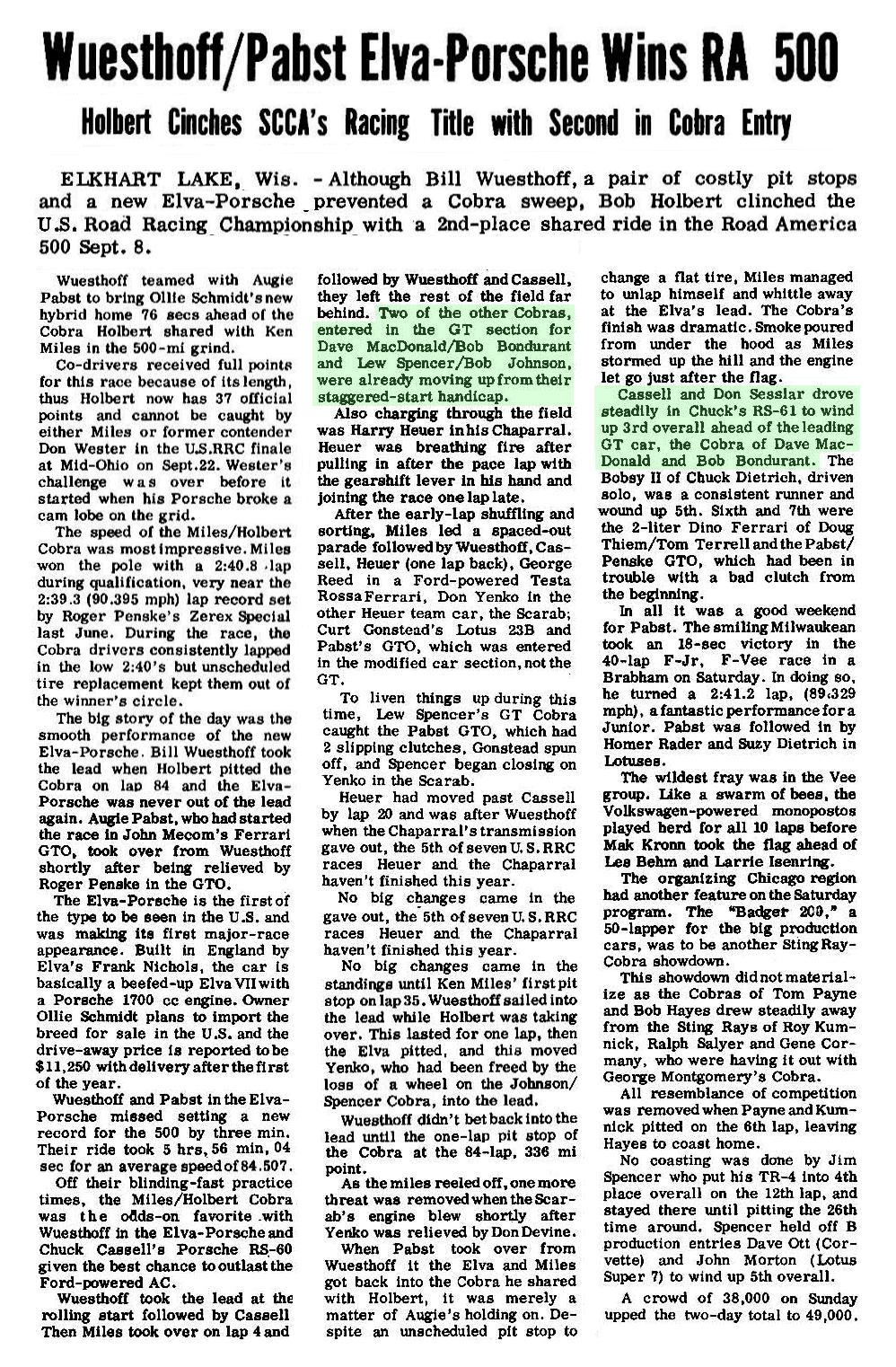 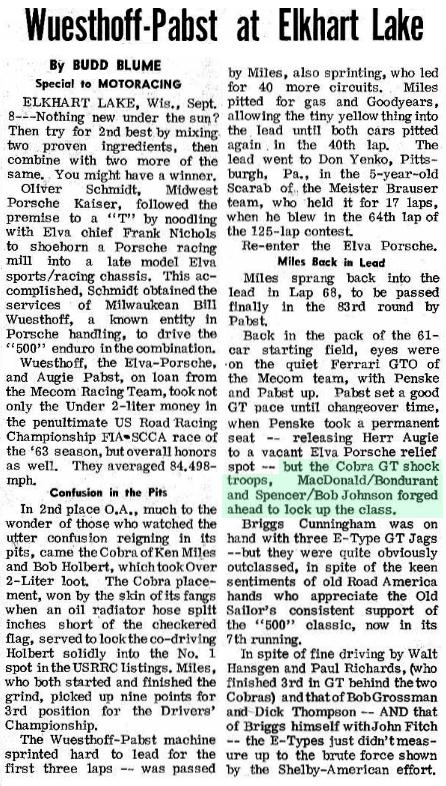 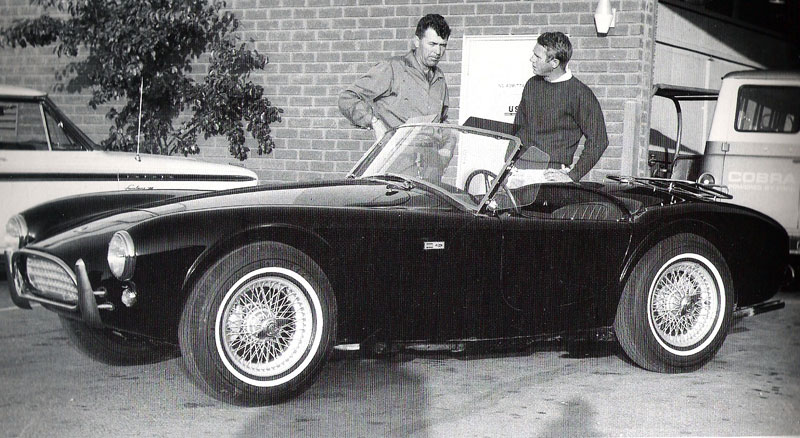 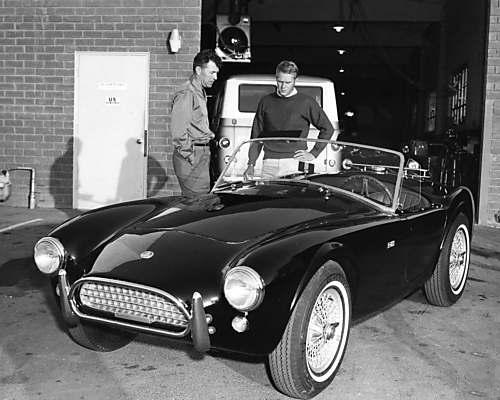 Back in 2008 Photo courtesy of Conceptcarz.com