Cotati Raceway Nov 11-12 1961 - After Laguna Seca Dave MacDonald brought the Corvette Special to Cotati. Below
is a personal invitation from Cotati Raceway officials

The Corvette Special in the pits prior to the race. (Center is Jim Simpson) 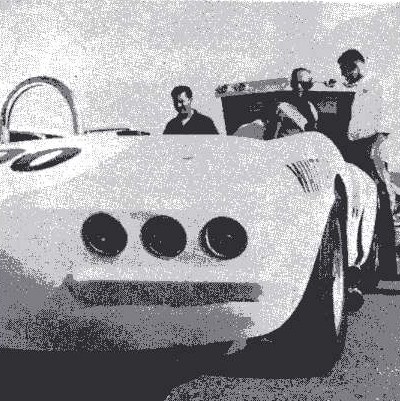 The field was stacked with top modified rides from around the country, including the top three divisional point leaders:
Don Hulette and his custom Corvette-Jag, Dave Ridenour in his Lister Jag & Chuck Sargent in his Birdcage Maserati.
Below: Spectacular three-wide racing in Saturday's main event as MacDonald, Ridenour & Hulette navigate a turn. 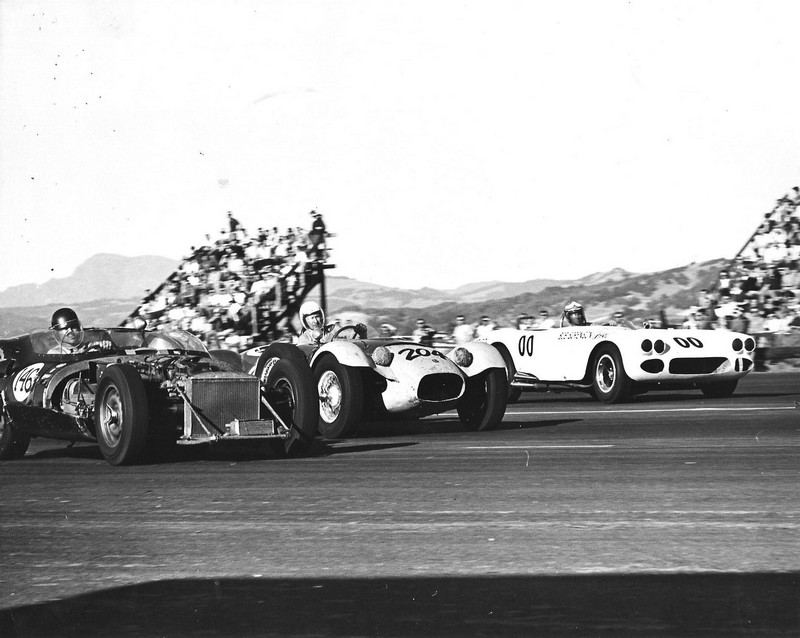 MacDonald drifts his Corvette Special through a turn on Saturday as he and Hulette exchanged the lead several times.
Dave would eventually finish 2nd with Hulette getting the victory..

SCCA officials determined that Don Hulette had benefited from an illegal push start in Saturday's race and penalized
him for Sunday feature. He was placed in the 3rd row in 7th position. Dave voluntarily put himself in the 8th starting
position to give the fans a Sunday afternoon show. Photo Tam McPartland

And a show they got as both drivers tore through Sunday's field to quickly become the race leaders. Below is Don
Hulette's ultra fast Corvette-Jag Special. Hulette finished 2nd. Photo Tam McPartland 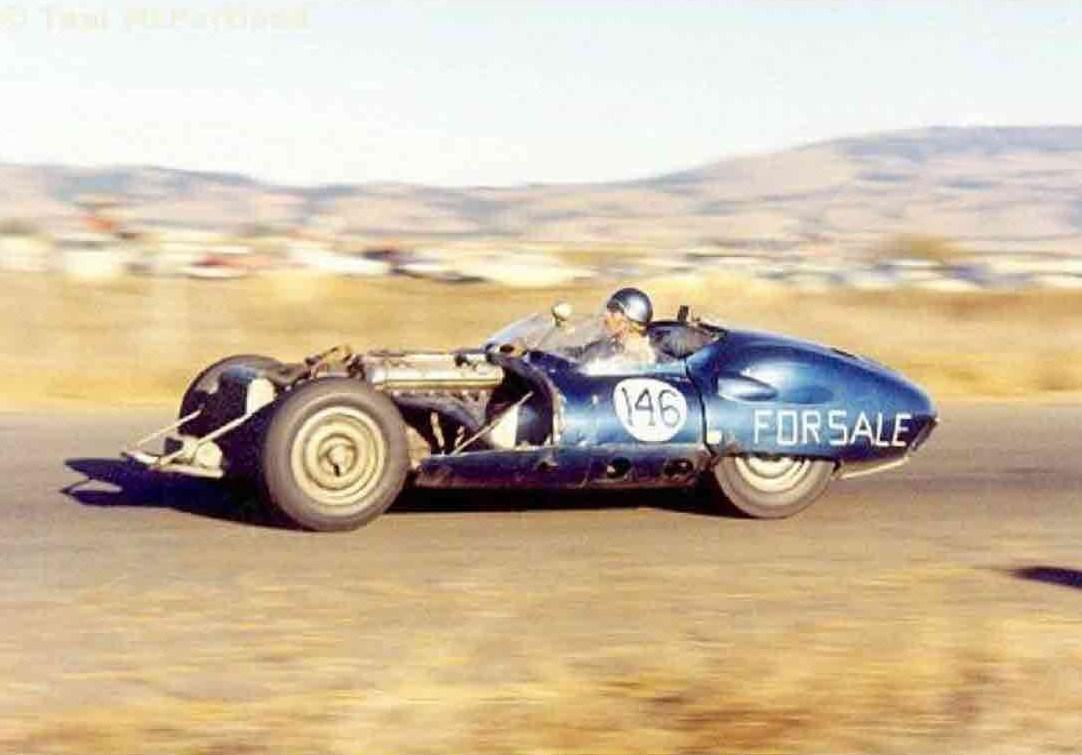 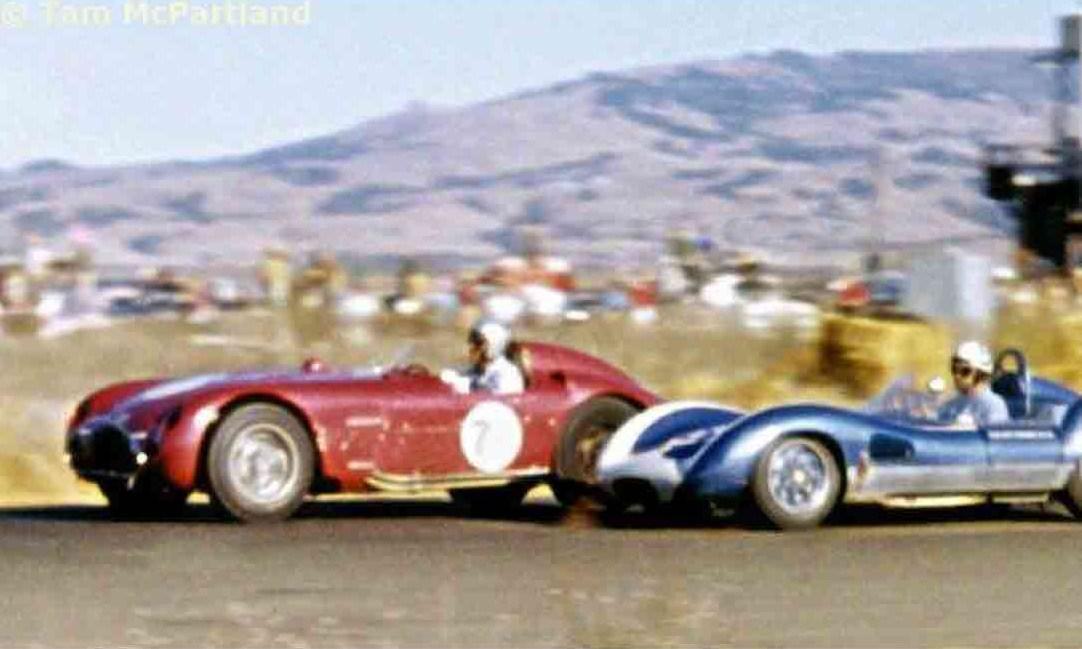 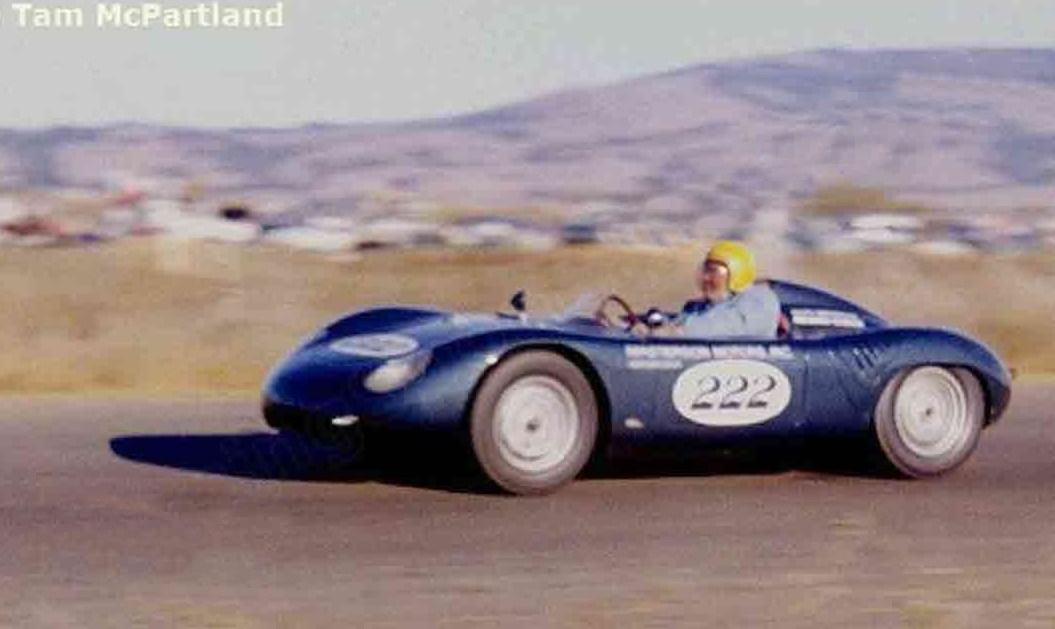 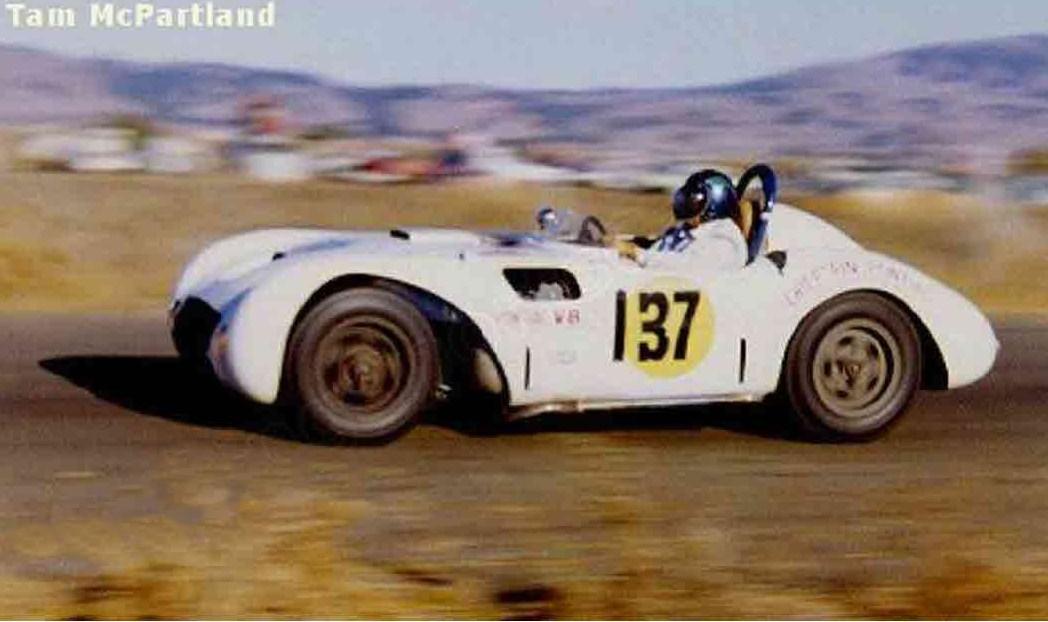 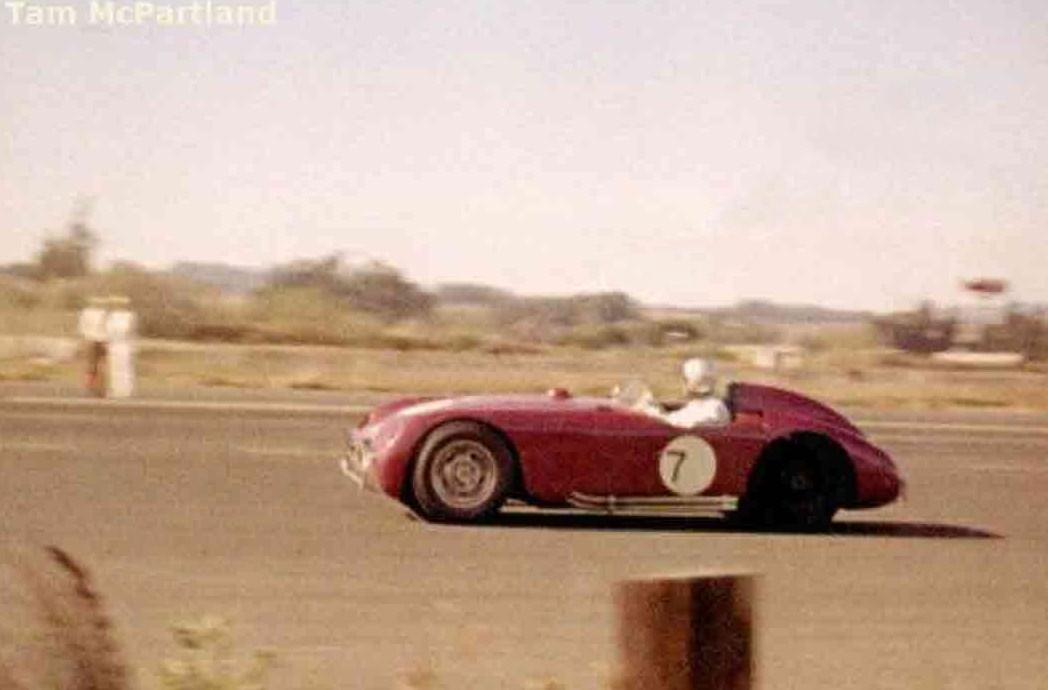 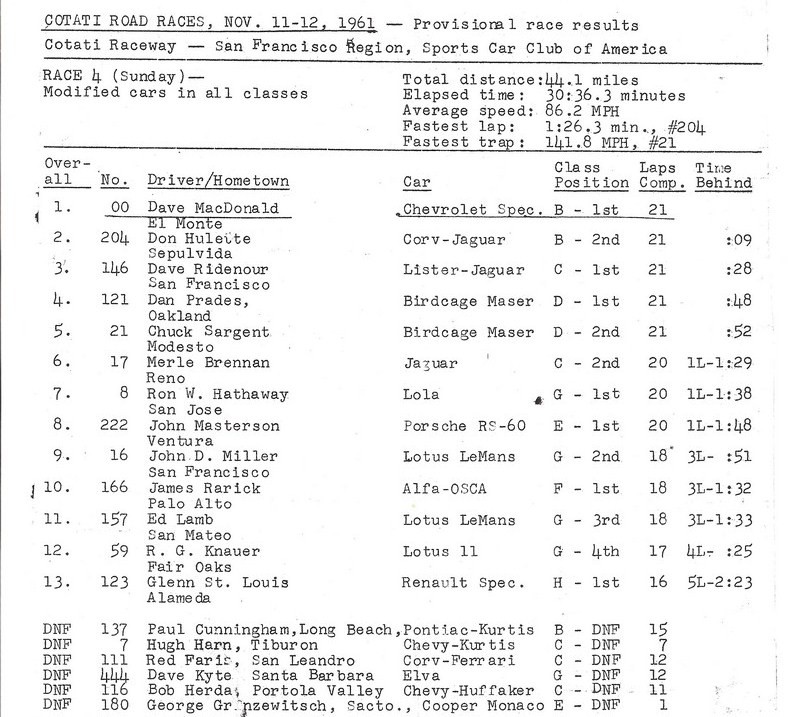 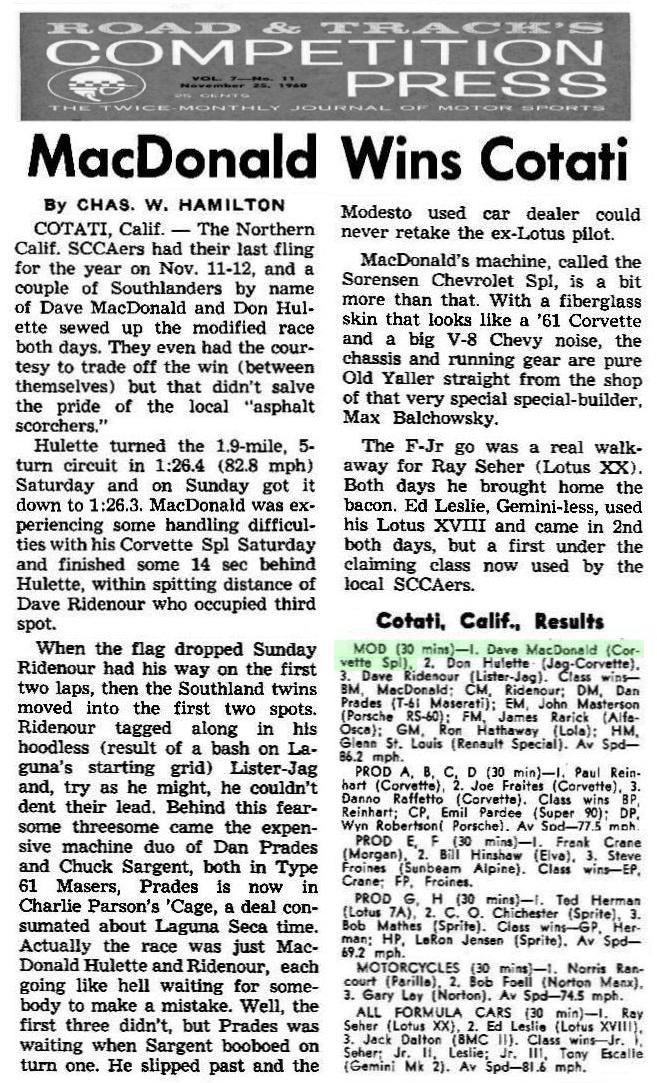 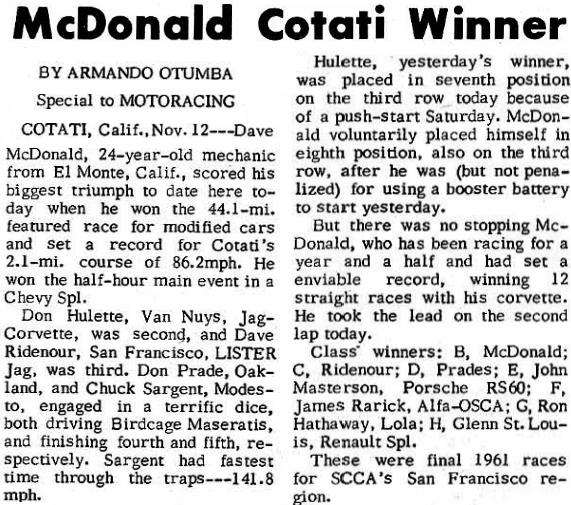 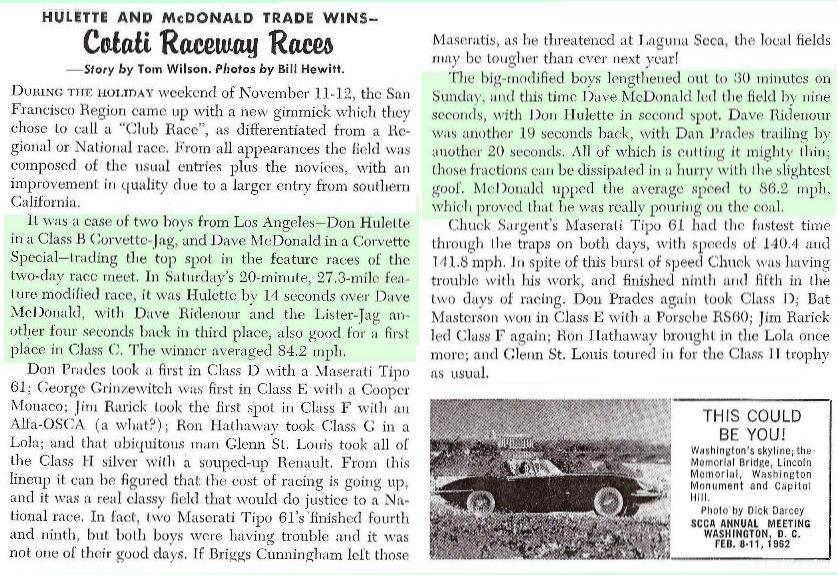 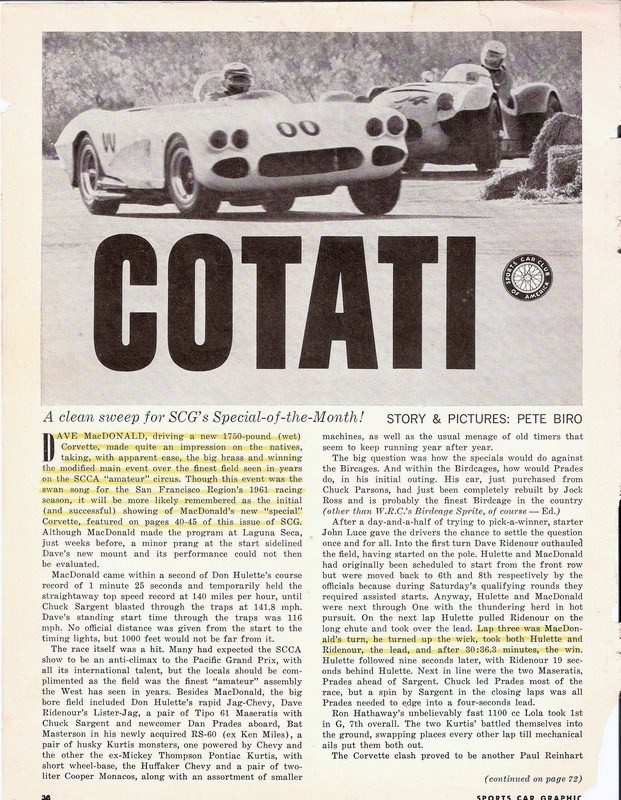 Article mentioning the Cotati win Dave had in the Corvette Special

While these races did not count toward the B-Production standings, Dave MacDonald was atop that class with only
December Del Mar event remaining. (Dave won the 1961 B-Production Championship) 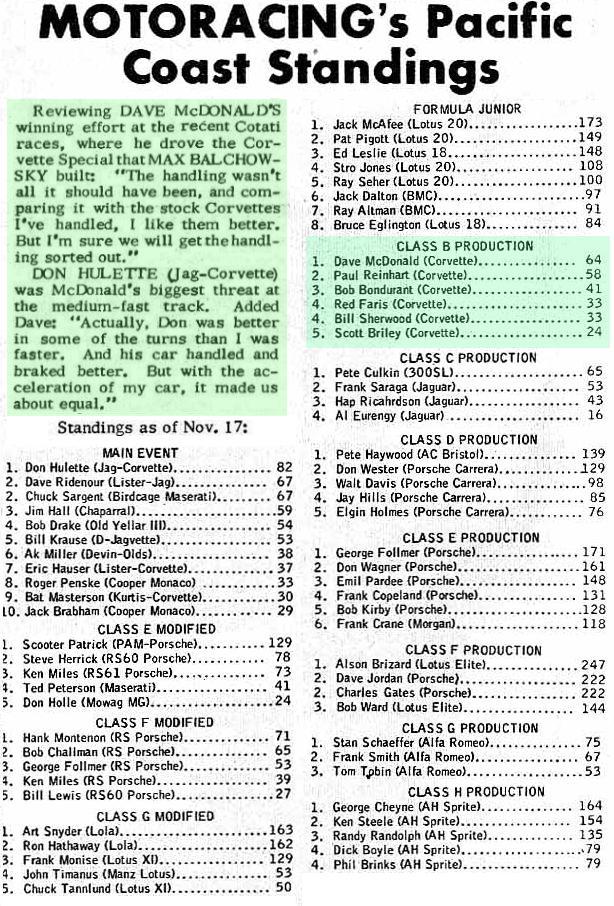 Dave's Cotati Modified trophy - overall winner. This was the first-ever win for the Corvette Special 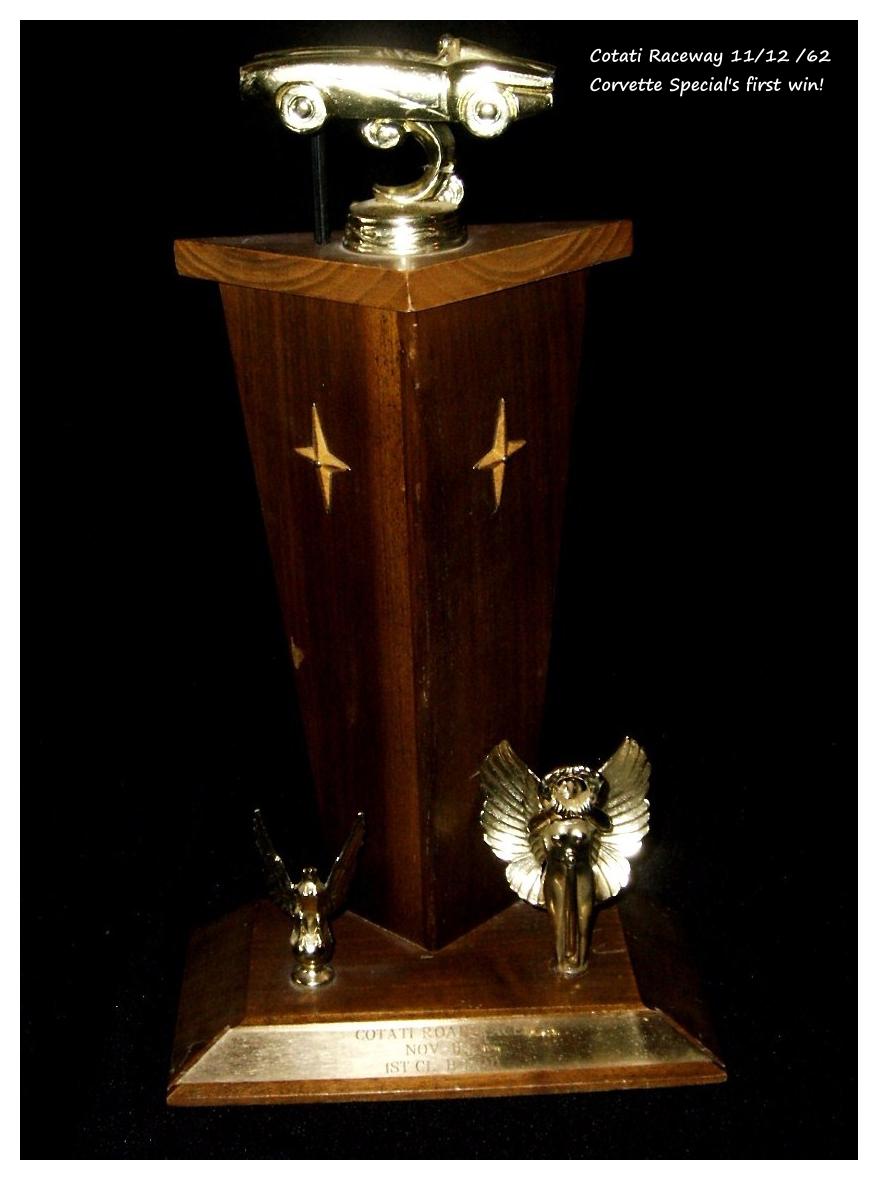