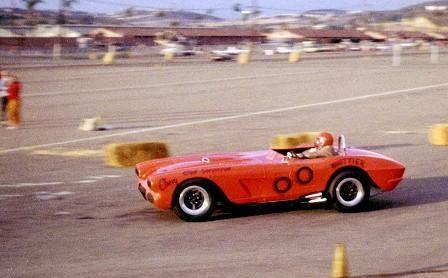 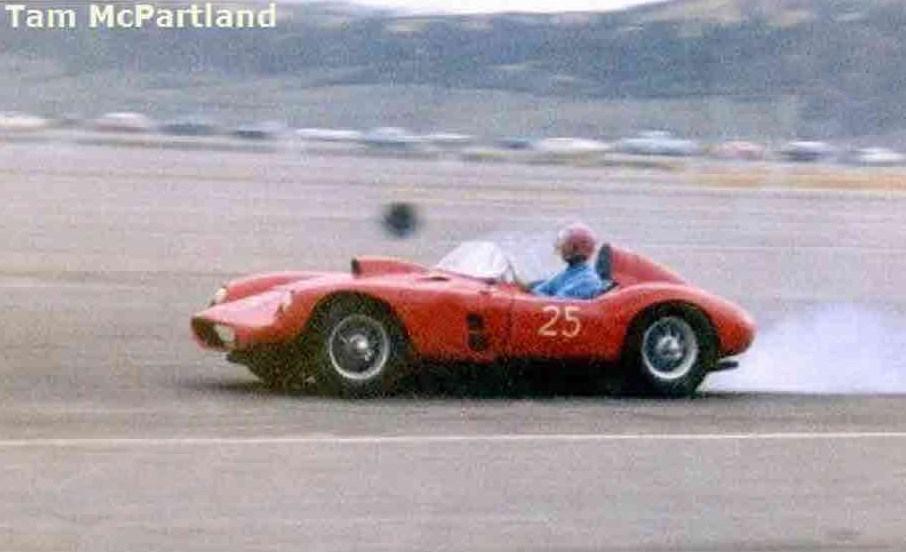 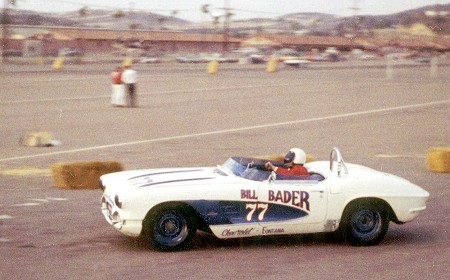 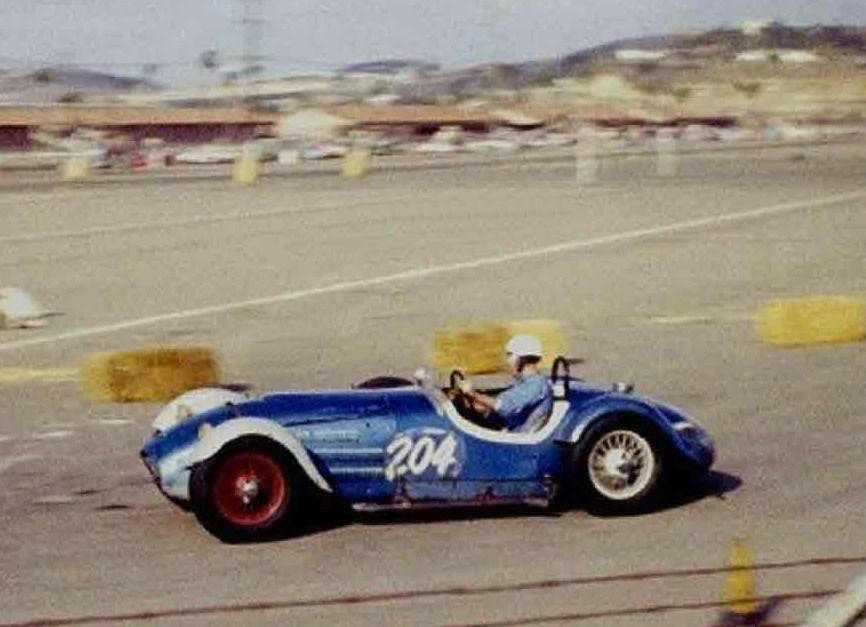 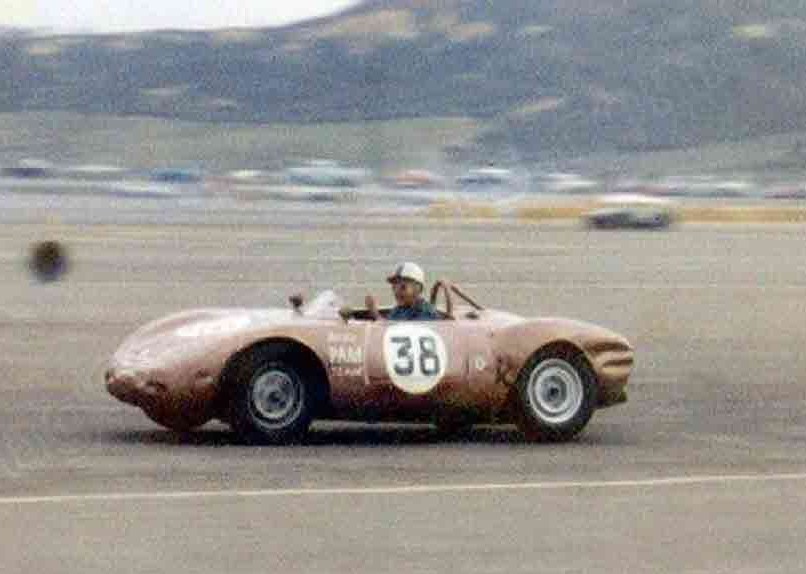 MacDonald puts the bruised Corvette Special on the trailer and heads home. This photo was taken by spectator Howard Macken who
says Dave's left rear wheel flew off, then rolled in a long looping circle to come back around and hit the rear of Dave's resting car. 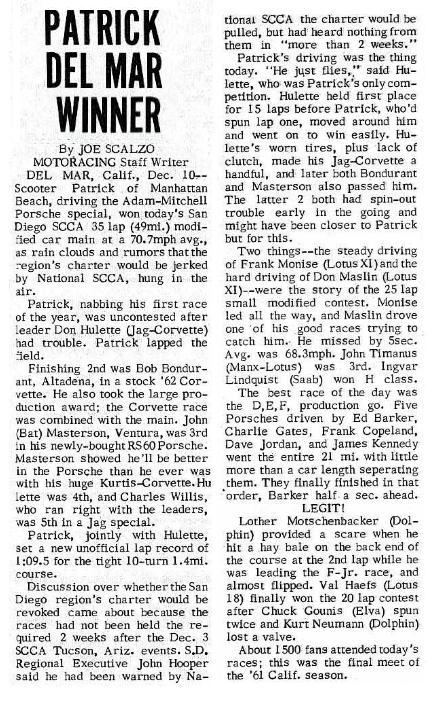 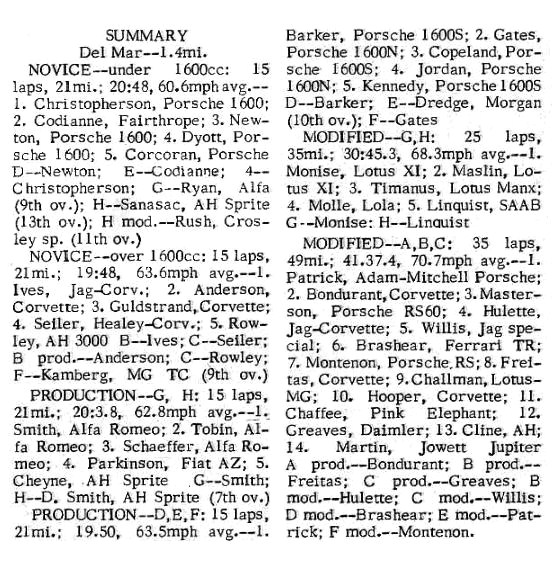 This Del Mar race was the final event of the '61 season. Final driver standings below. Dave ran Del Mar in the modified class so no
points were earned towards his B-Production standings. However he had already earned enough to capture the '61 B-Production title 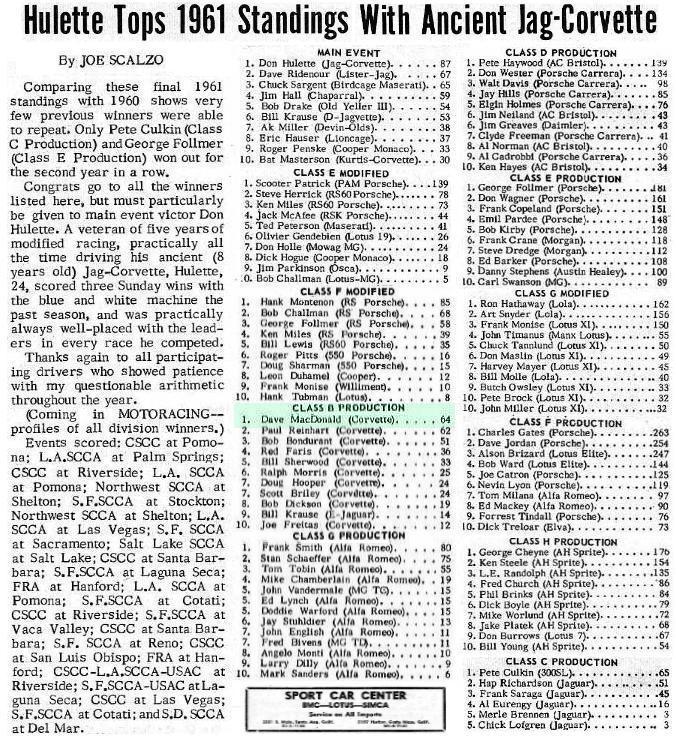