July 21-22 1962 at Pomona Raceway - Dave MacDonald drove a Devin Corvette for car owner Bill Devin. Dave was at Pomona to
run his '62 Corvette in the Production class and Bill asked if he'd run the Devin in the Modified event. Here is an aerial photo of the
Pomona Fairgrounds course circa 1961-1963

Start of Saturday's race with Dave (#45) grabbing the hole shot in the Devin. Photo Dave Friedman 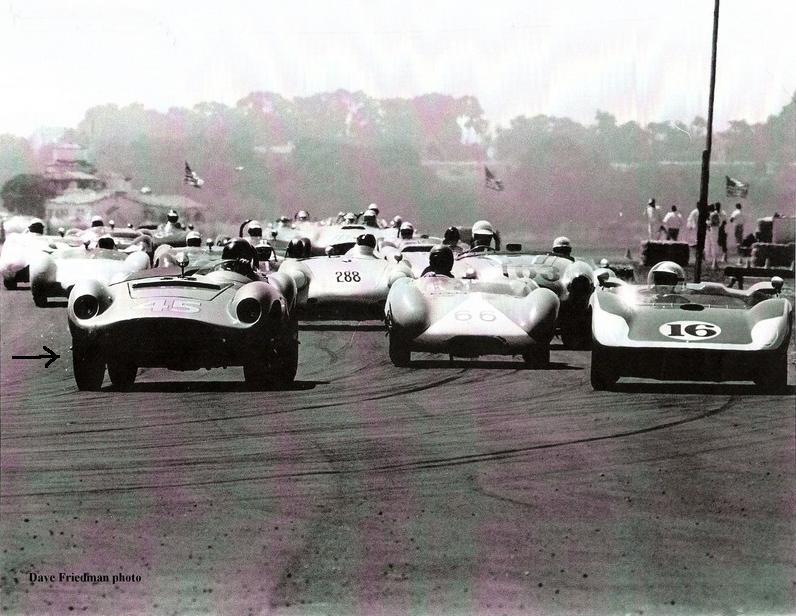 Dave leads the pack through the famed Pomona underpass. I believe that's Ted Peterson's Lister Jag directly behind Dave. And three
cars behind Dave is either Jay Hills and Jack McAfee, who both ran a Porsche 718 RSK in the modified race. Photo Dave Friedman 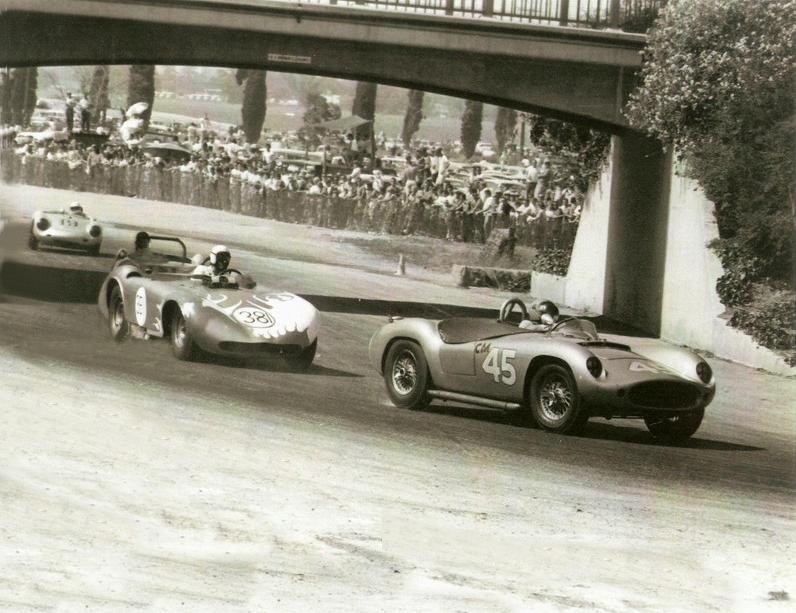 Late in the race Dave blasting the big Devin Corvette through the underpass again just ahead of Bill Boldt's Kurtis Special - Pontiac.
Dave piloted the Devin to a 2nd palce finish in a field of 27 cars. Veteran racer Billy Krause scored the victory bringing his Maserati
Birdcage across the line ahead of Dave. Dave was a dnf in Sunday's race when the Devin's transmission blew. (Dave Friedman)

Here's a photo of Dave MacDonald and his 1961 00 Corvette earlier in the day as he battles good friend Joe Freitas (#77) through
the Pomona underpass. Dave took home the checkered flag and while Joe ran a strong race his car broke down late and he dnf'd.
Details of this race are in the 00 Corvette section of "Dave's Racing Photos". Photo Dave Friedman 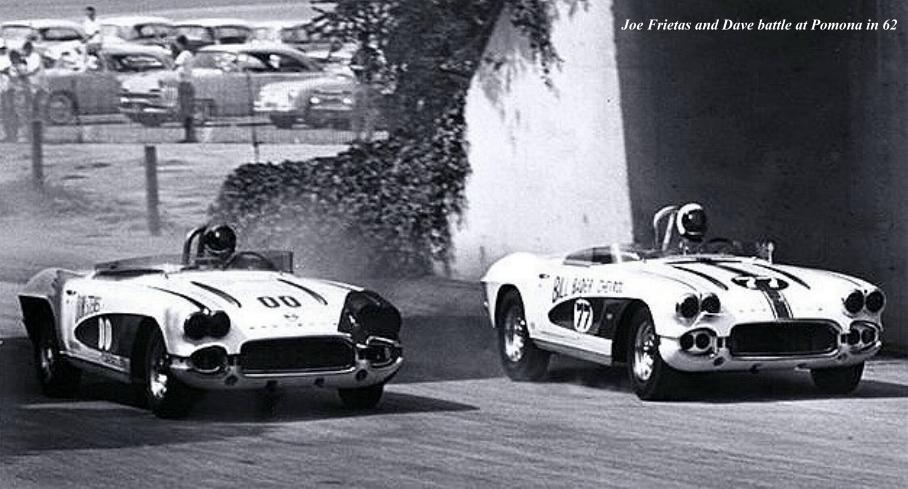 Recap of the July 21, 1962 races at Pomona by journalist Joe Scalzo 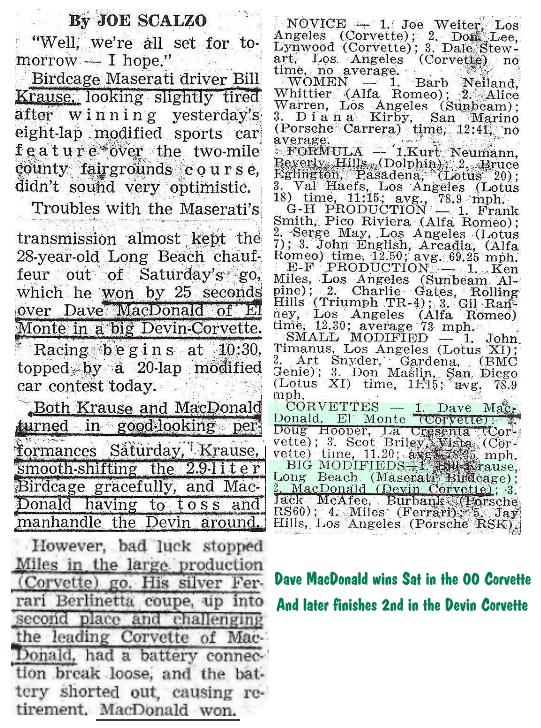 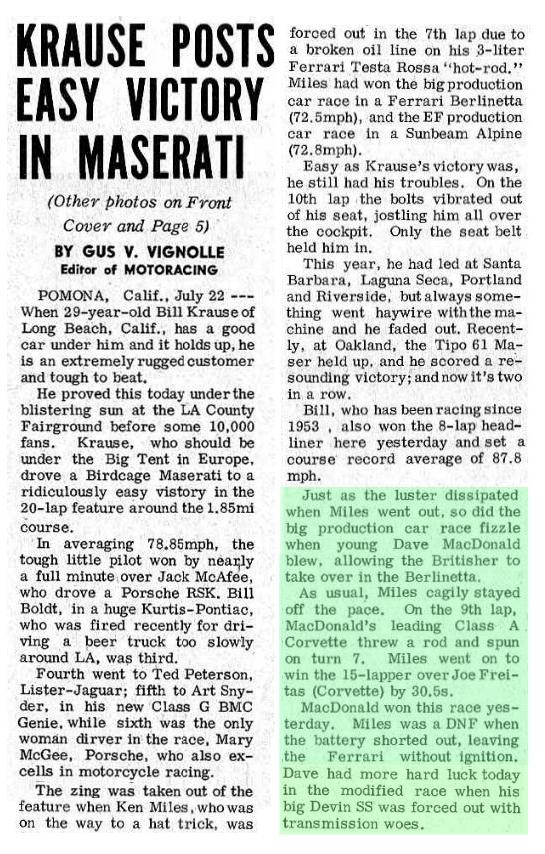