December 1-8, 1963 - The Shelby American take their red hot King Cobra's to the Bahamas to run the Nassau Speed Weeks. 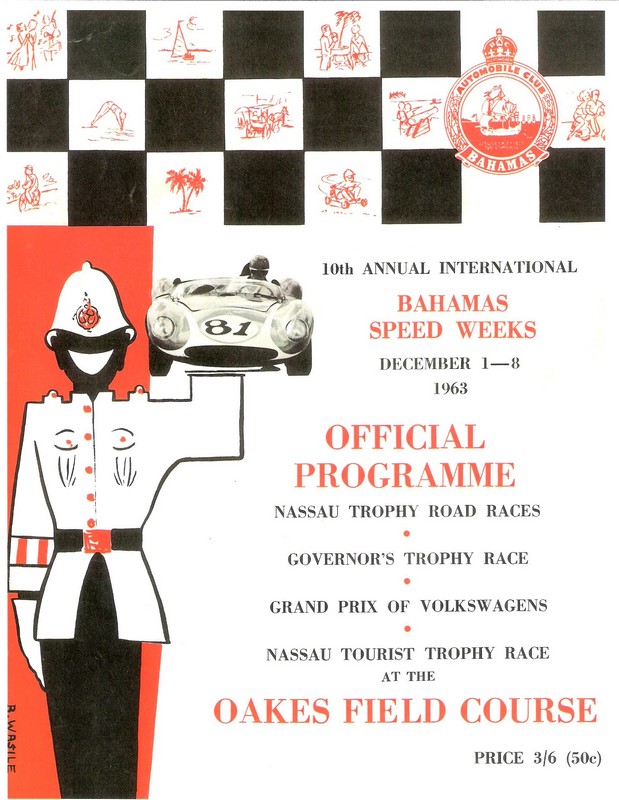 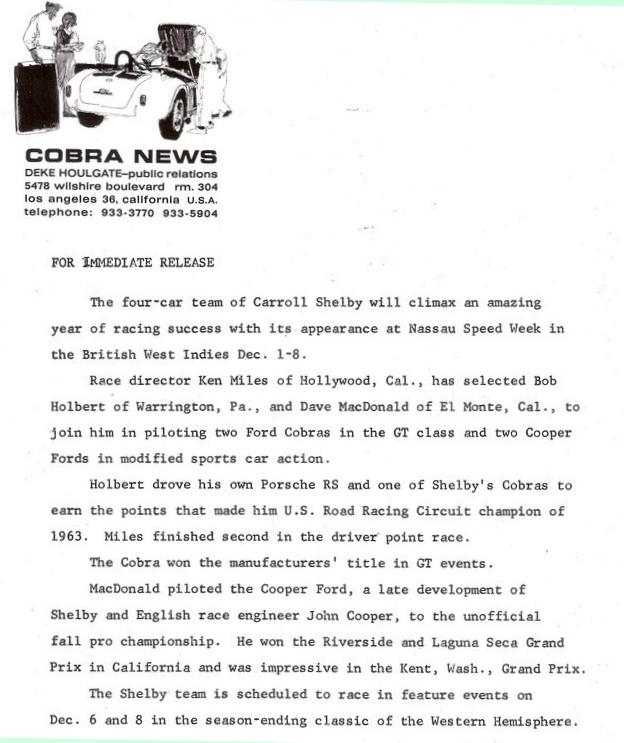 Carroll Shelby and new bride Sue arrive back in the Bahamas after their wedding ceremony in New Zealand. Photo Dave Friedman

Fun & games come to an end and it's time for some international racing. Photo dave Friedman 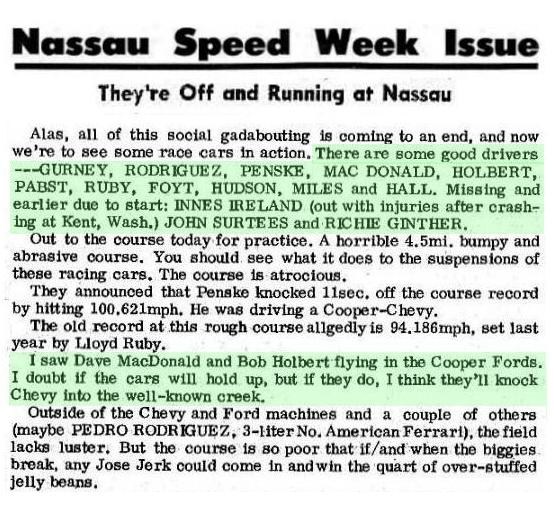 John Everly in his independent Cobra Roadster leads a group through a turn. Photo Dave Friedman

But Dave's King Cobra would not last as the harsh course batters his car yet again. Dave would leave the Governor's race on lap 5
with a busted axle. Photo Dave Friedman

Late in the race it's Jim Hall leading AJ Foyt but Foyt would go by Hall and score another win at Nassau. Photo Dave Friedman 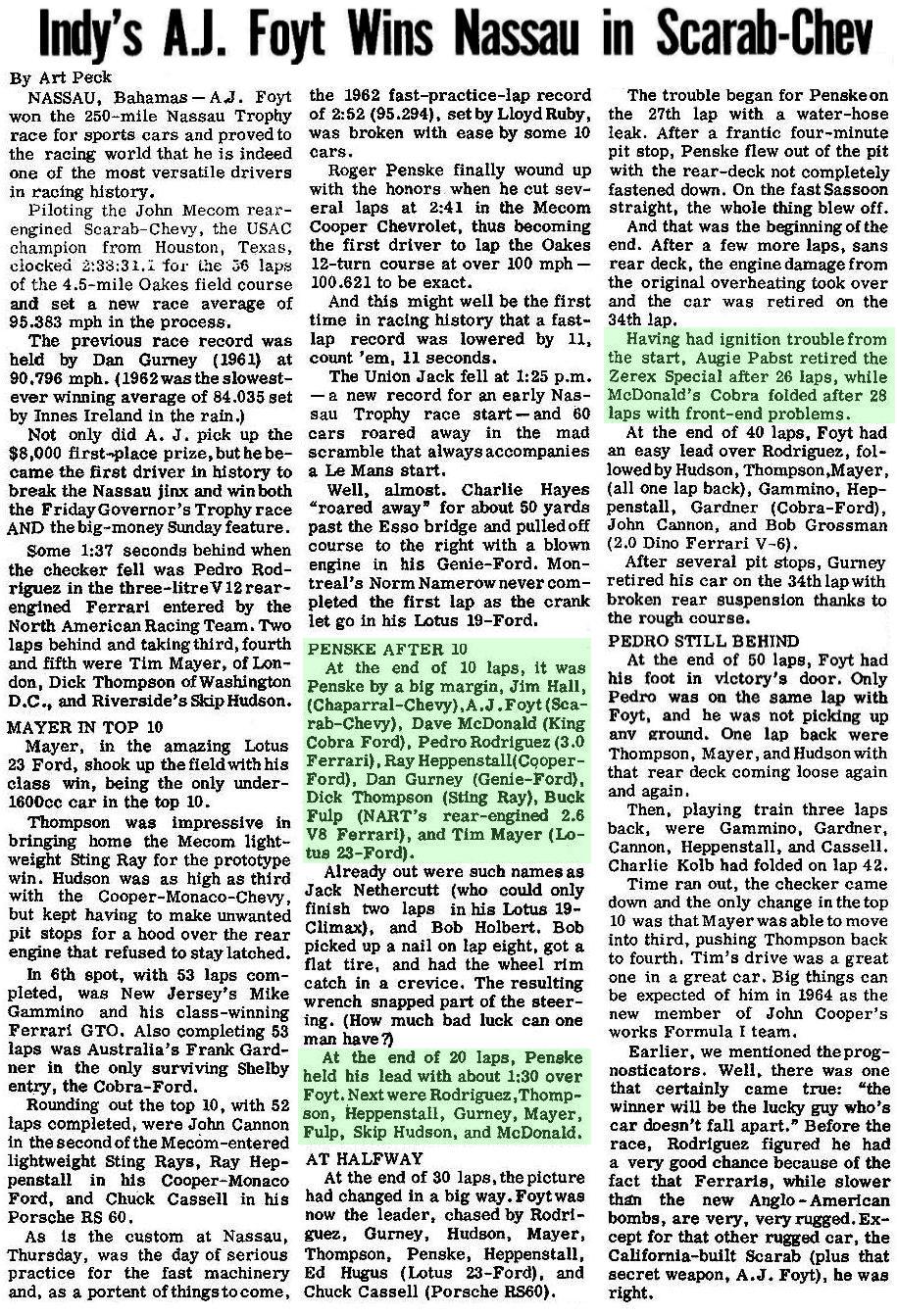 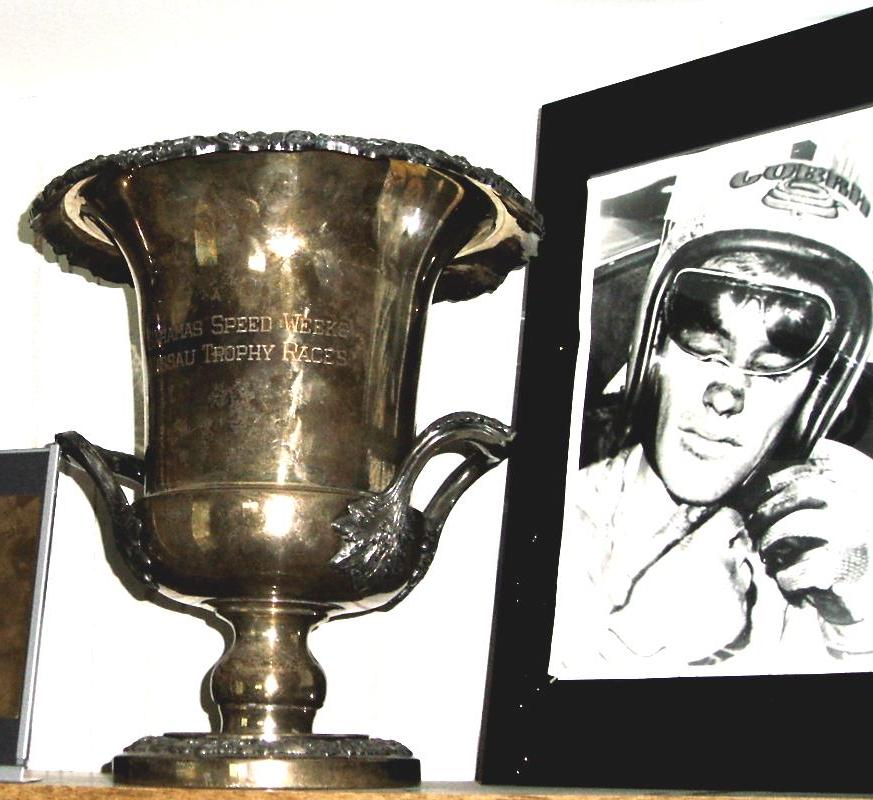