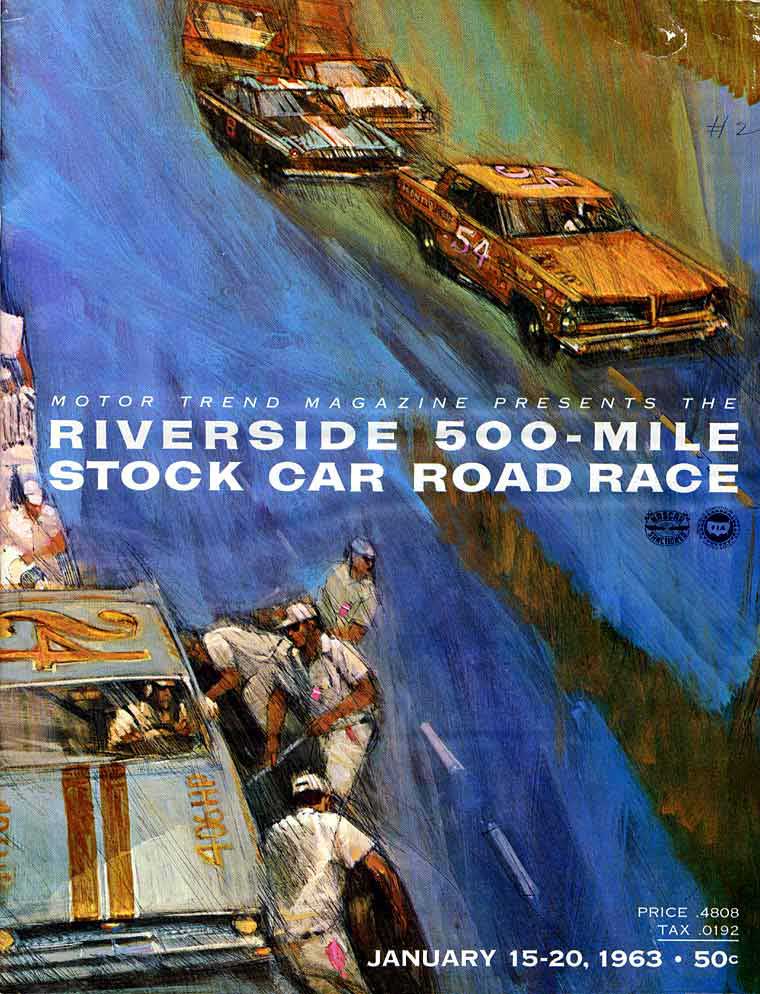 Dave MacDonald had already signed with Carroll Shelby to run the Cobra for the 1963 season and this would be his last race in a
Chevrolet. The '62 Impala was owned by his good friend and longtime Corvette sponsor Jim Simpson and this race was the last time
the two would be together in a race. 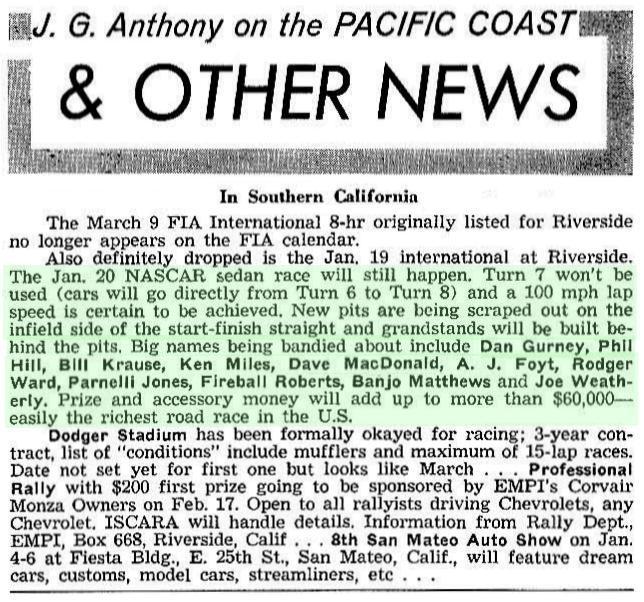 Riverside Raceway track layout for this NASCAR event. The course was changed for NASCAR races by directing the big stockers out
of turn 6 and into a short chute over to turn 8 and then to an elongated back straight. (at the top of this photo). These changes added 1/10
of a mile to the course for NASCAR races. 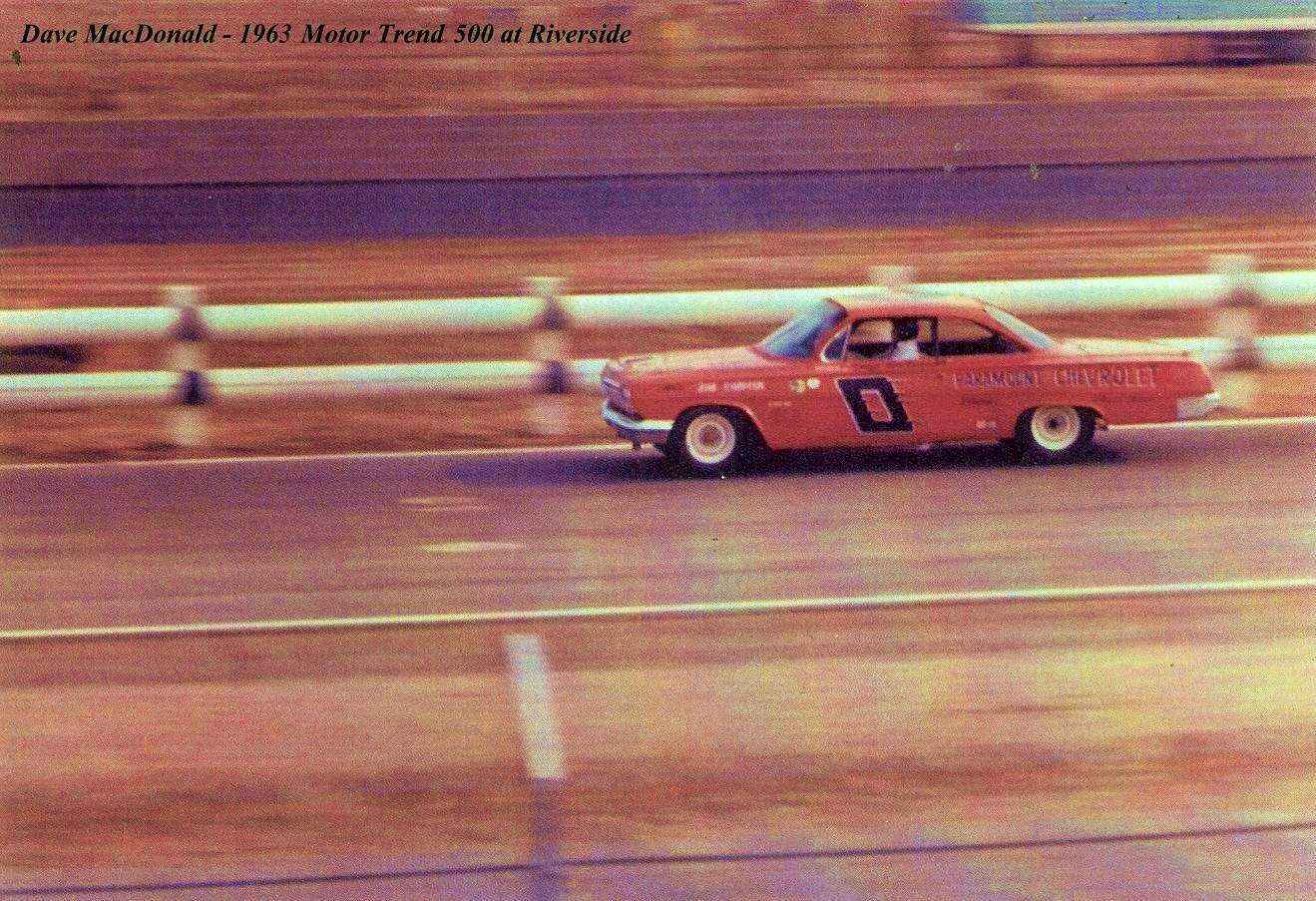 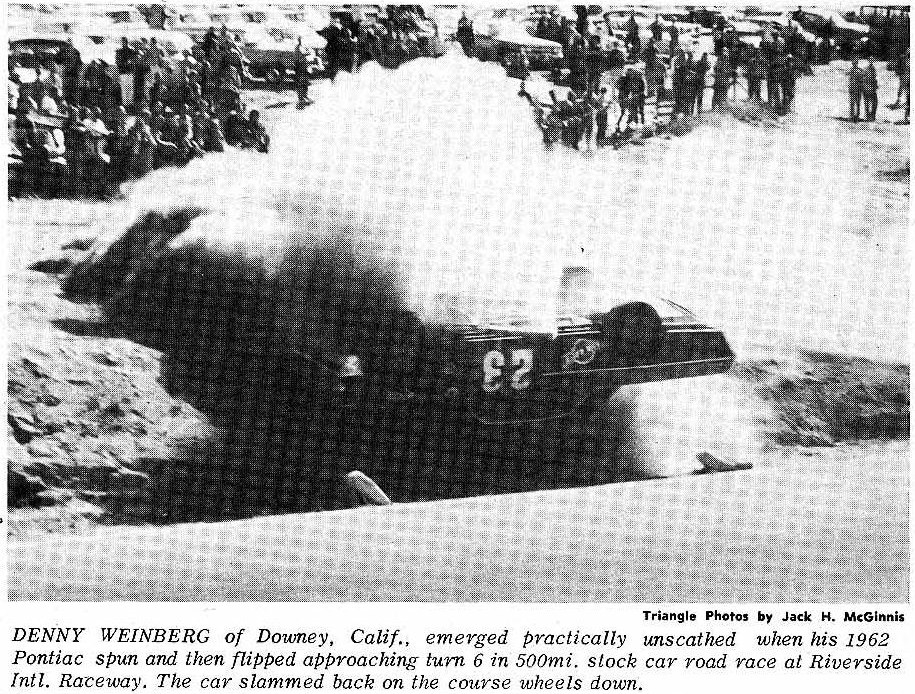 Pole sitter Paul Goldsmith goes off course and into the dirt. Goldsmith would return to the race but he retired for good on lap 59 with
a broken connecting rod. Photo Dave Friedman. NASCAR legend Fireball Roberts rolling his stocker through turn 6. Photo Dave Friedman. Two legends right here on lap 70! Dan Gurney & Parnelli Jones through the esses More cars go off course going through the Riverside esses. Photo Dave Friedman. Lap 80 and Cotton Owens teammates Billy Wade #5 and David Pearson #6 run together as they come out the back of turn 6. Lap 143 Carl Joiner and Jim Cook get tangled up in the tricky Riverside esses. Joiner gets the worst of it but both go out of the race.
Photo The Henry Ford Dave Friedman Collection Joiner's crashed stocker. Photo The Henry Ford Dave Friedman Collection Dave MacDonald running 3rd past the midway point in the race. 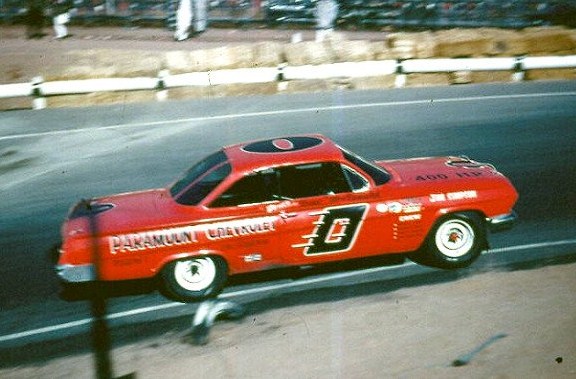 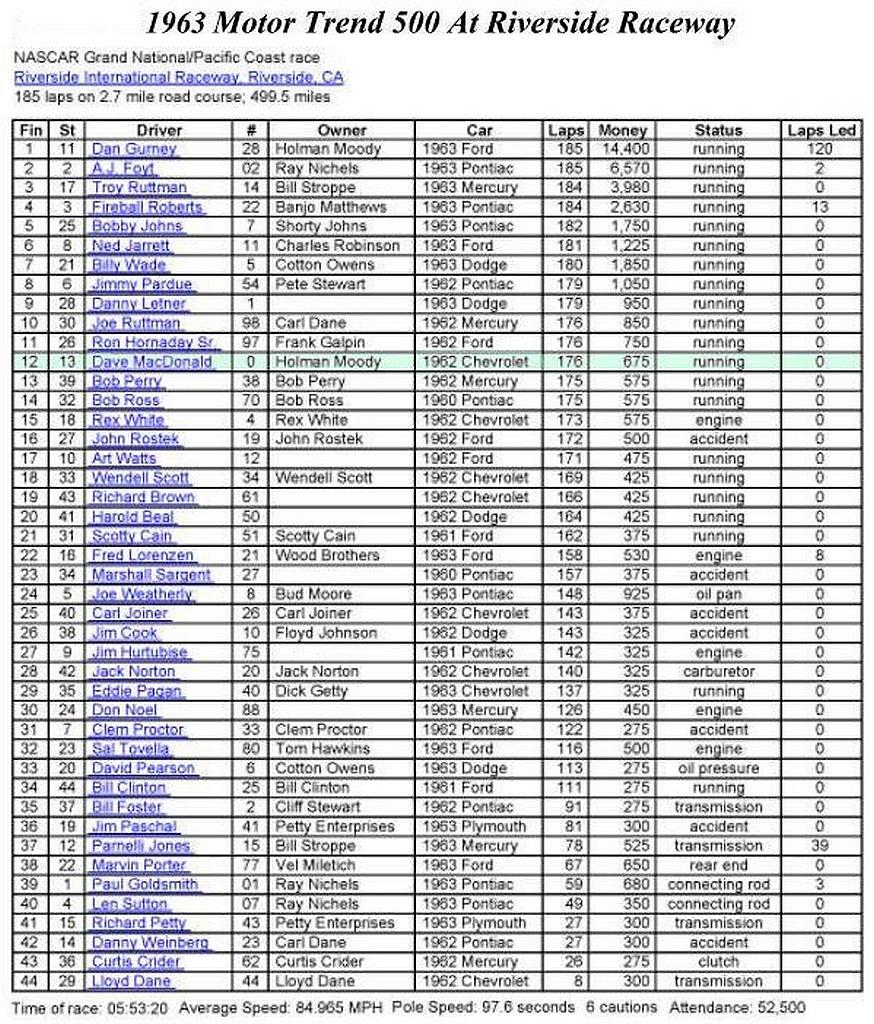 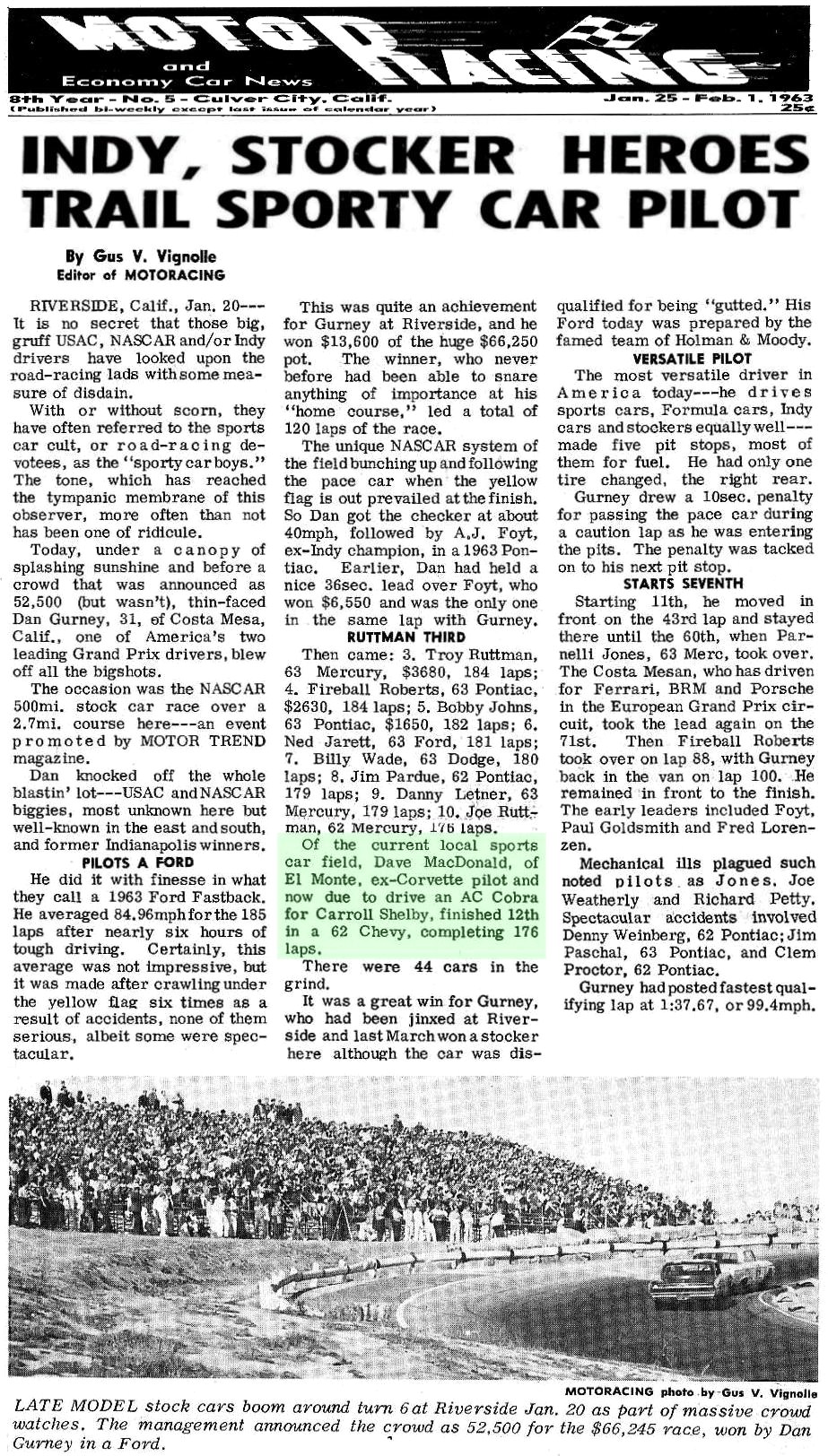 Dave MacDonald and long time friend and race sponsor Jim Simpson parted ways after this race. Dave had already signed with Shelby
American for the '63 season but his start date was set to begin after the Motor Trend 500, allowing him to honor his commitment to Jim. Dave MacDonald's first paycheck from Shelby American
Back