April 21st, 2012 the NHRA hosted the 50-yr Shelby-Ford-Cobra Reunion at the Wally Parks NHRA Motorsports Museum located
at the Pomona Fairgrounds in California. The event included a panel discussion with a linup of many heavy hitters from the 60's Cobra
movemnt. Below is a ticket to the panel discussion. That's Dave MacDonald sitting under the hood of the Cobra Roadster. 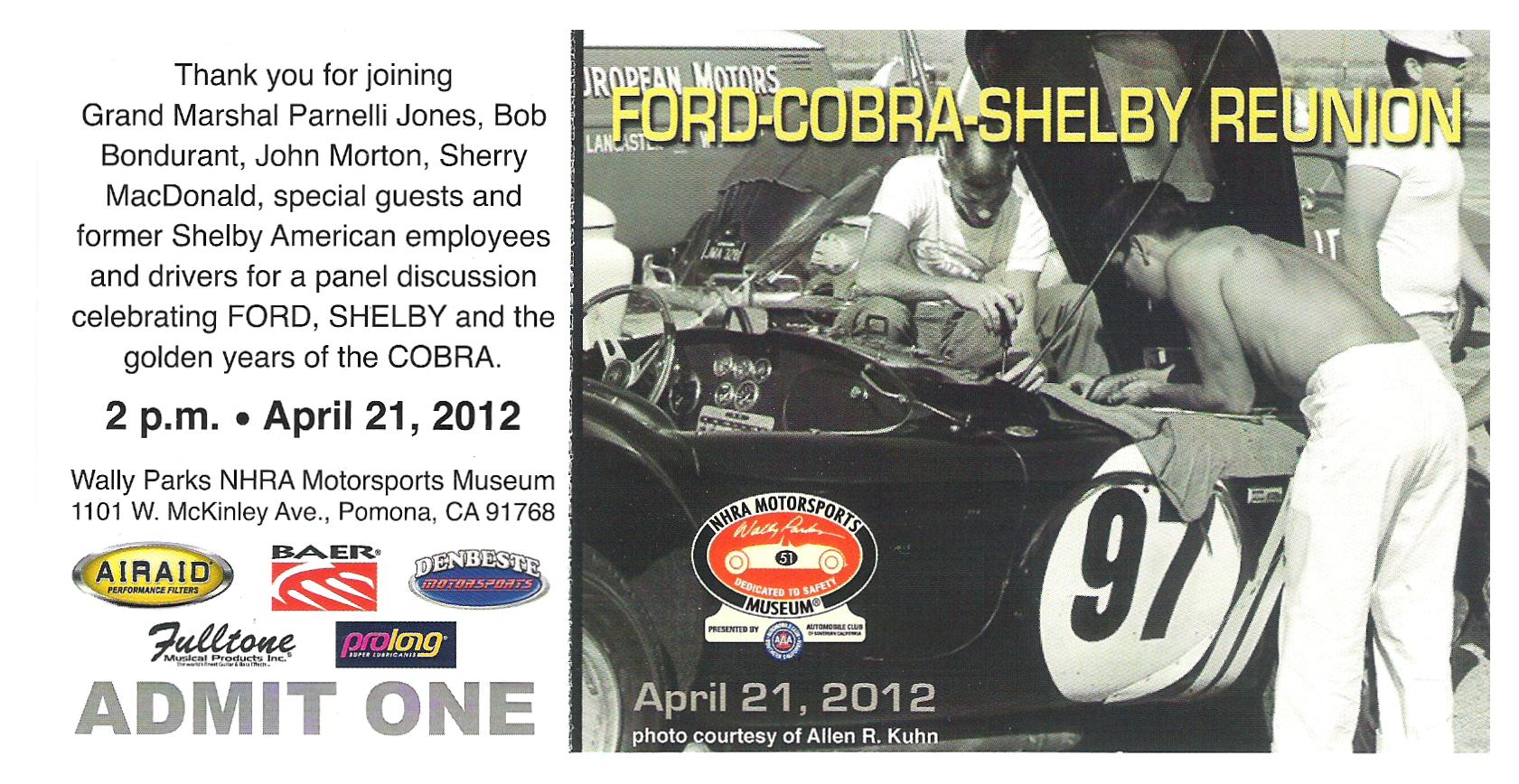 After donating a Funny Car to the NHRA Museum, Parnelli Jones joins the panel and greets Sherry MacDonald 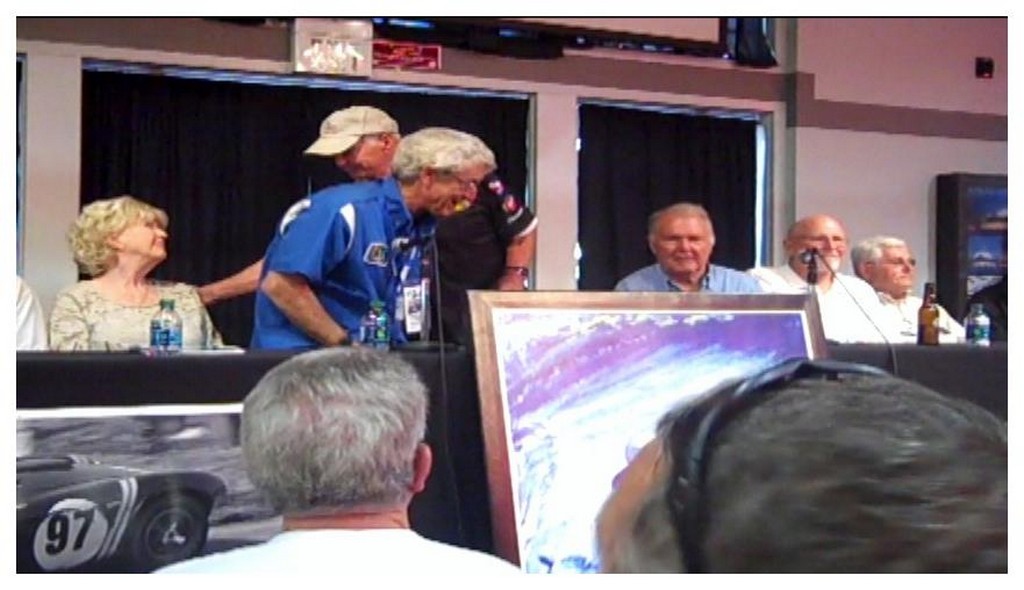 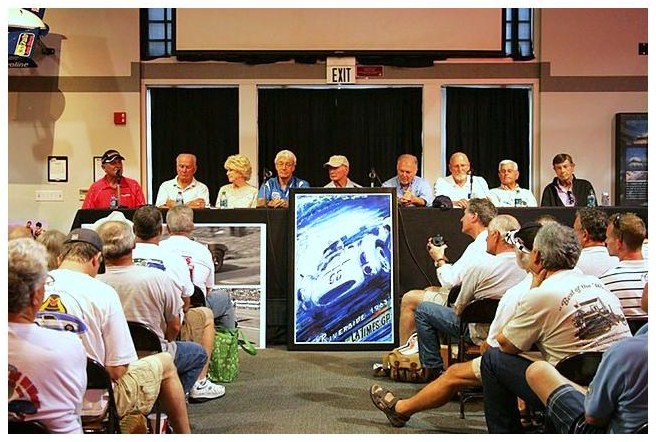 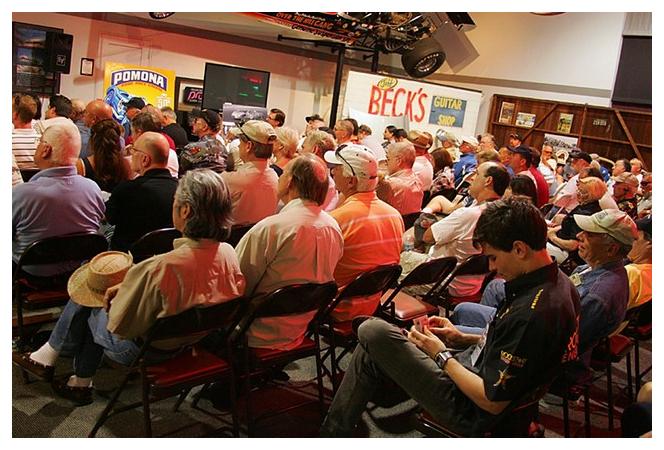 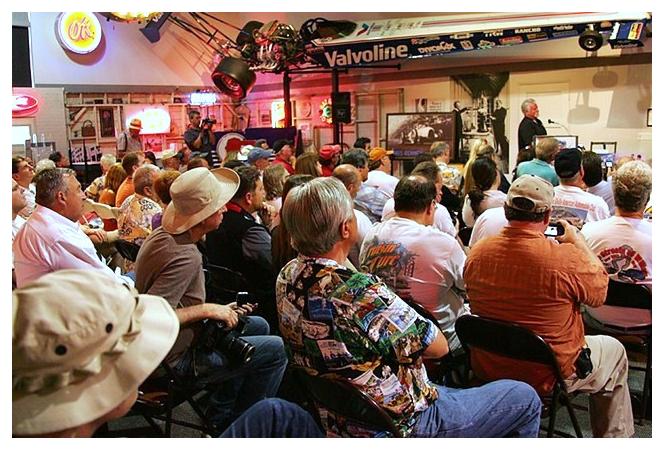 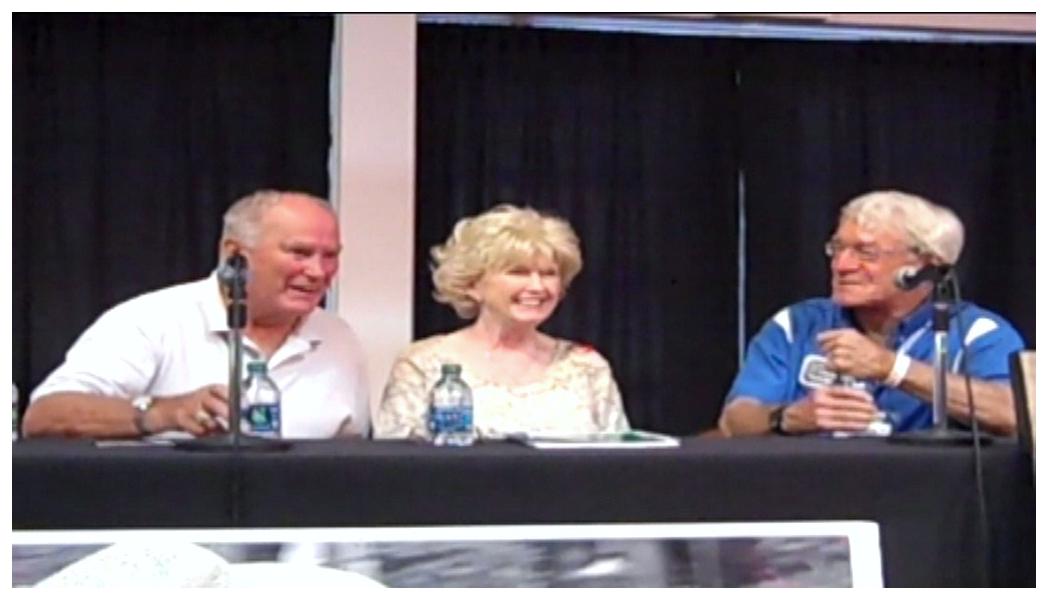 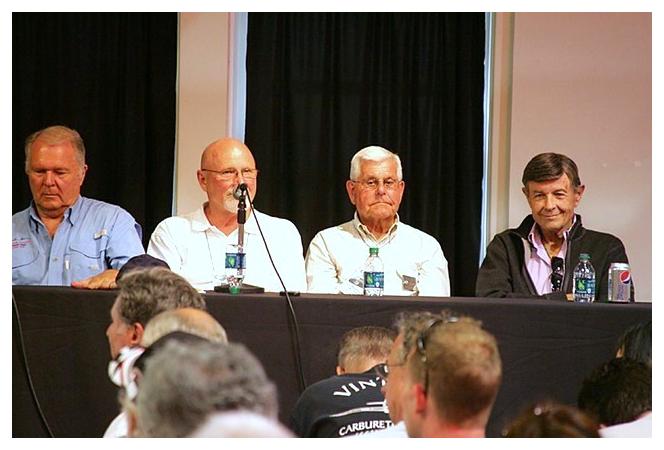 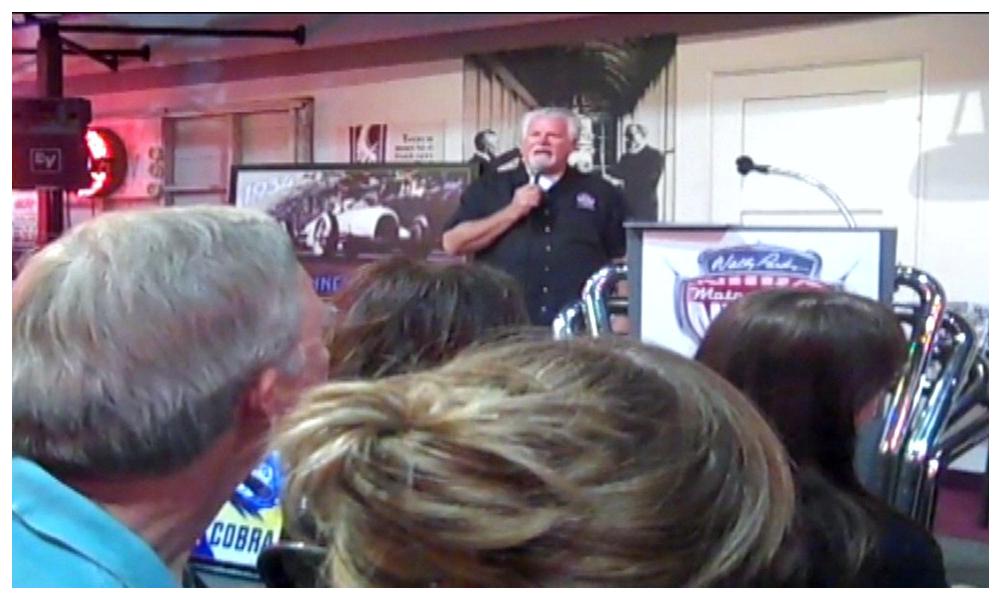 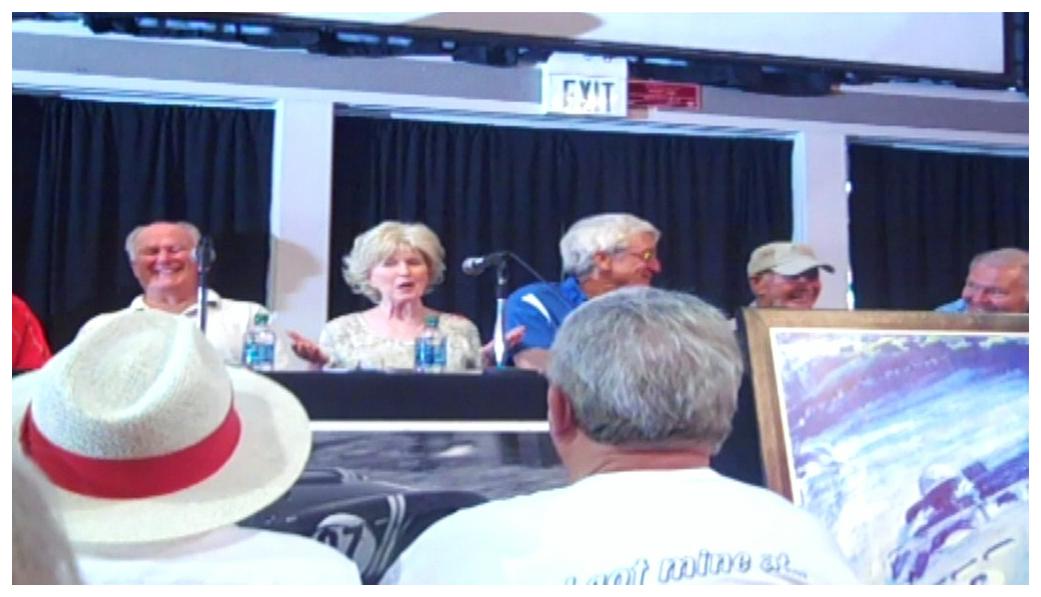 Even Bondurant got a good laugh 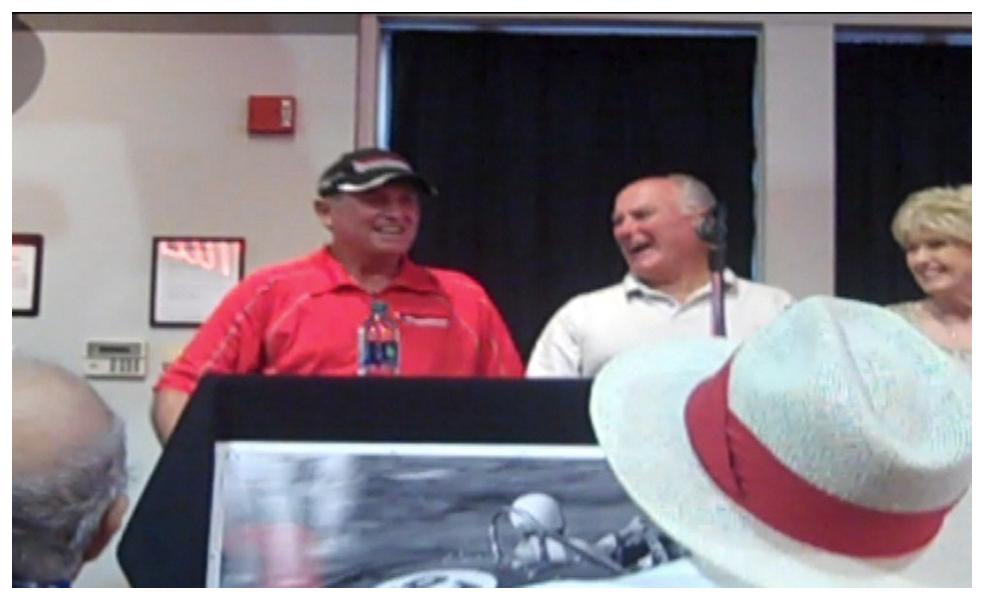 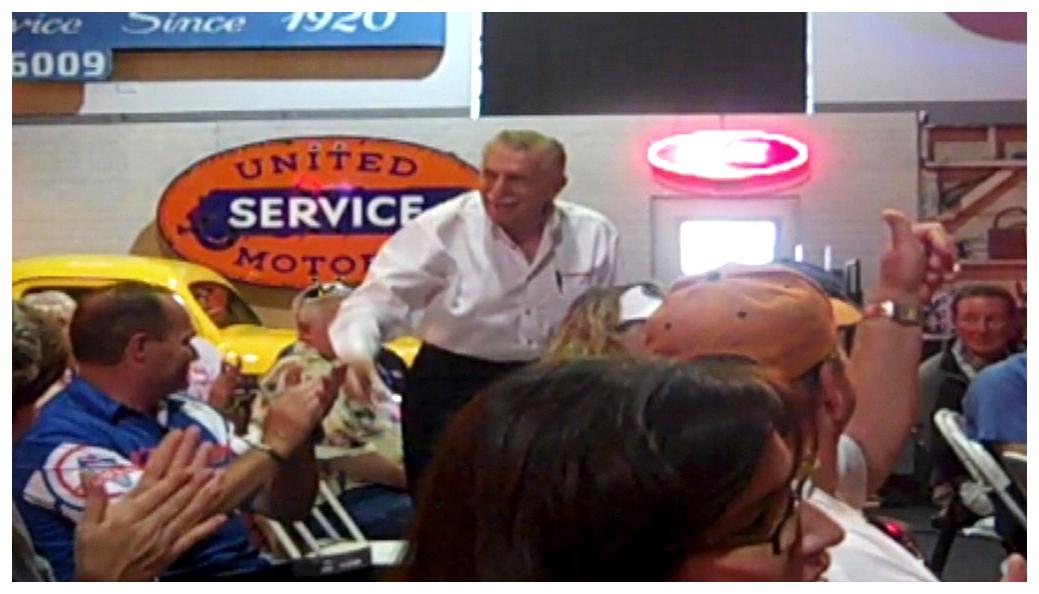 Sherry MacDonald and the gang signing autographs after the panel discussion 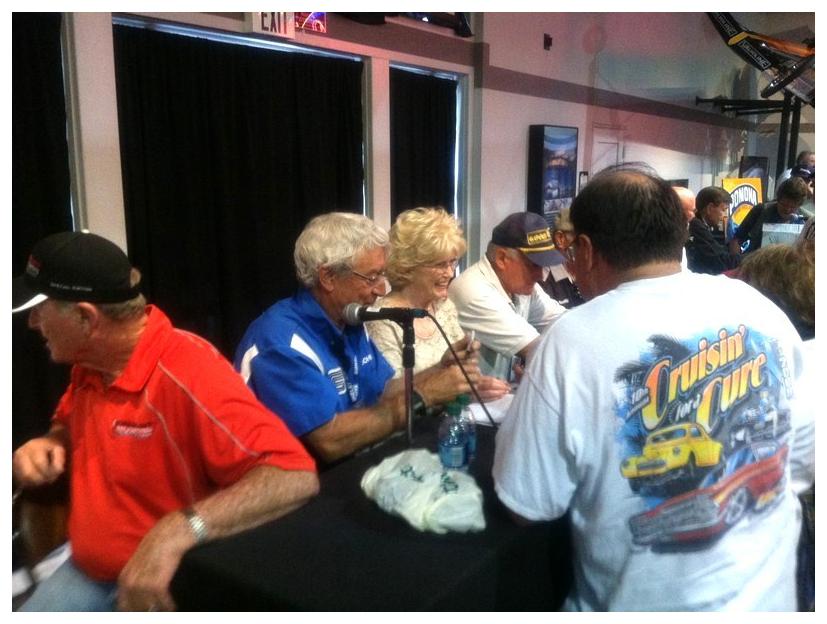 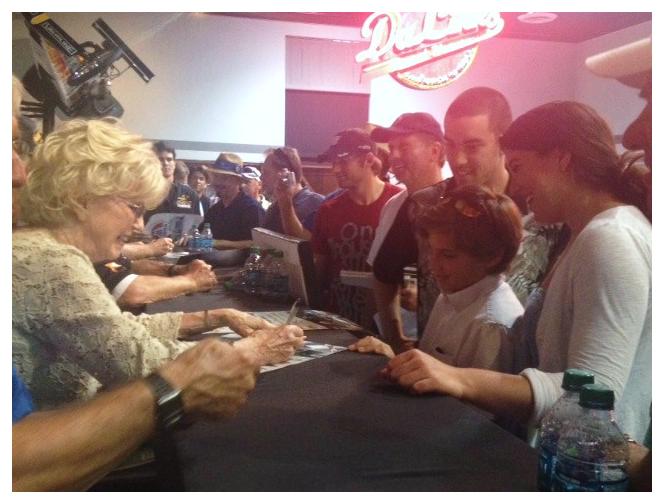 After the event Sherry reminsces with the legendary John Morton