A few of the trophies Dave MacDonald won in the 1960's. Below are trophies from two of Dave's biggest victories - the 1963
Monterey Pacific Grand Prix (L) and the 1964 12 HRS of Sebring endurance race. Also pictured is Dave's famous Cobra helmet. 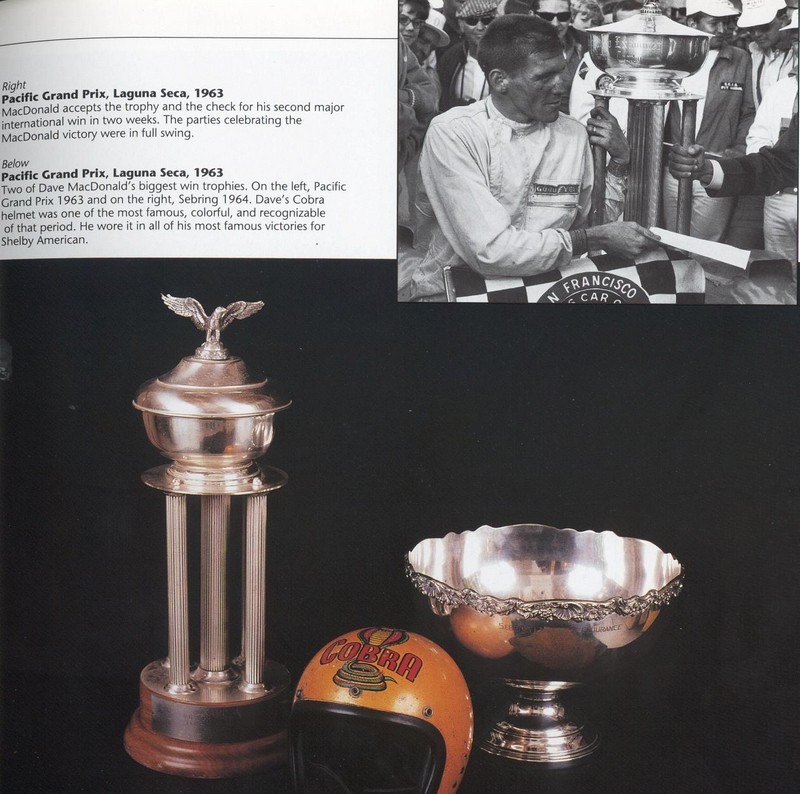 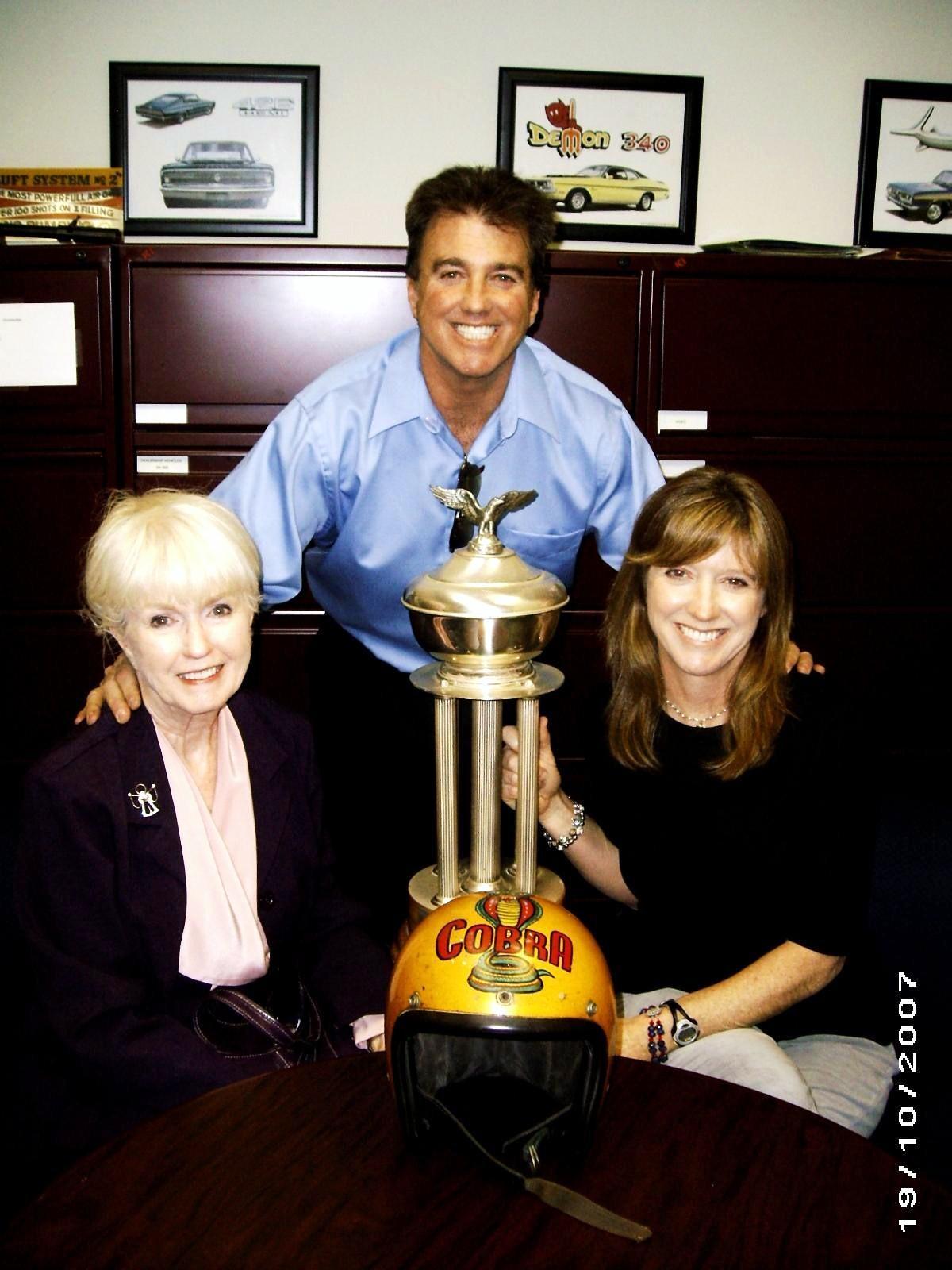 Trophy form the 1963 Monterey Pacific Grand Prix at Laguna Seca. This race, and the 1963 LA Times Grand Prix, were the
two biggest and richest road races in America at the time, and Dave MacDonald outdueled international fields to win them both.

Below: 1964 12HRS of Sebring trophy - Dave MacDonald and Bob Holbert co-drove Shelby Cobra Daytona Coupe CSX2287
to victory in the '64 Sebring race - the first-ever win for Carroll Shelby's vaunted Daytona Coupe. The win sent a powerful
message to the racing world - especially Ferrari - that American motor racing was on the rise. 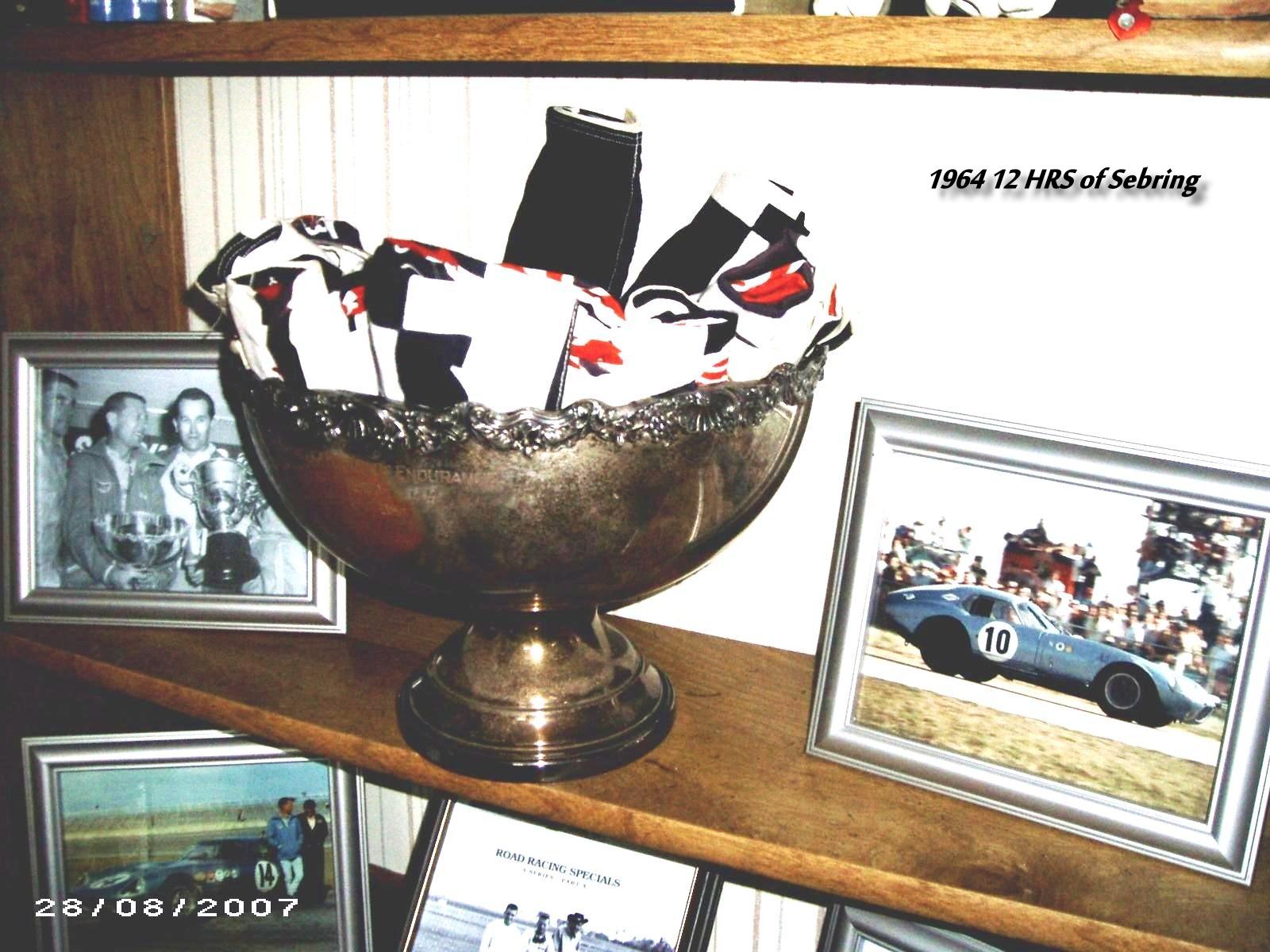 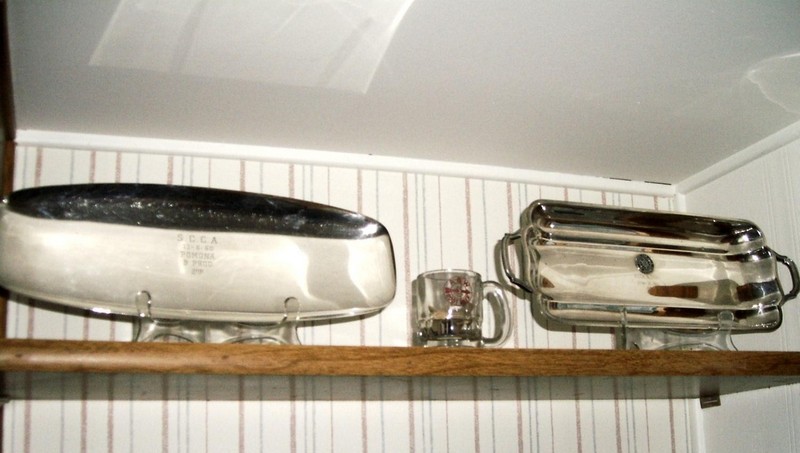 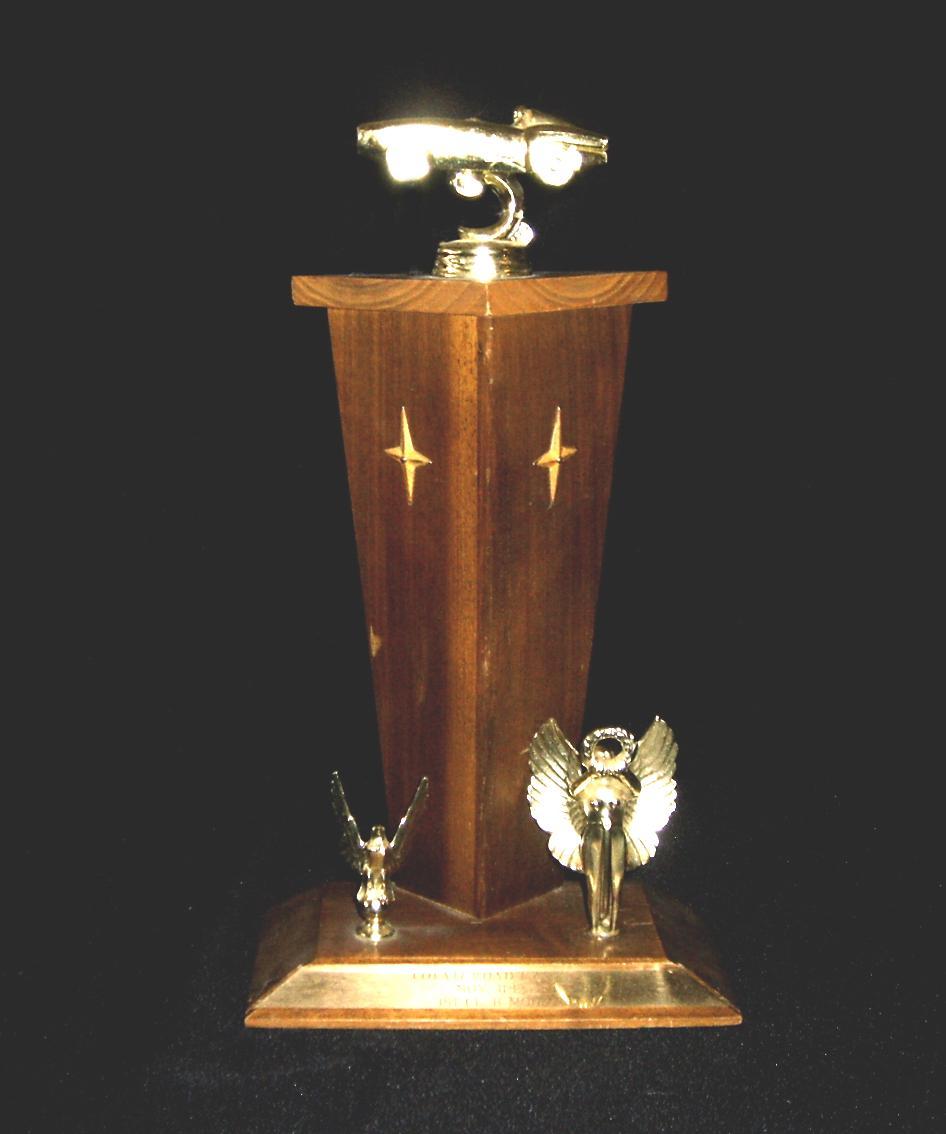 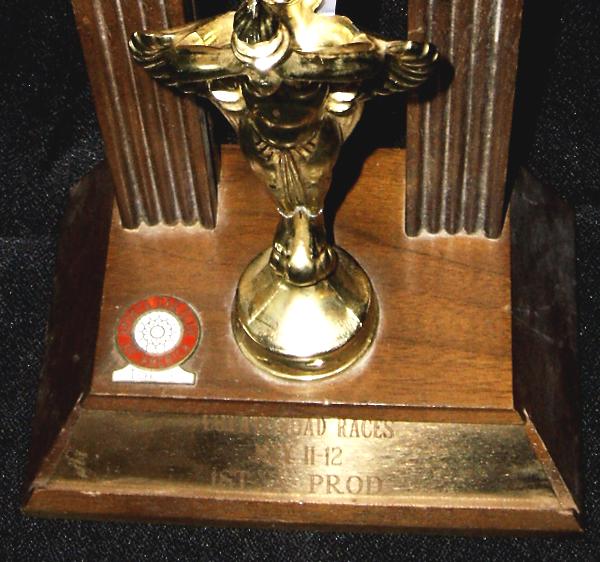 Below: Dave drove the Cobra Roadster to back to back wins in the weekend races at Tucson on March 30-31, 1963. 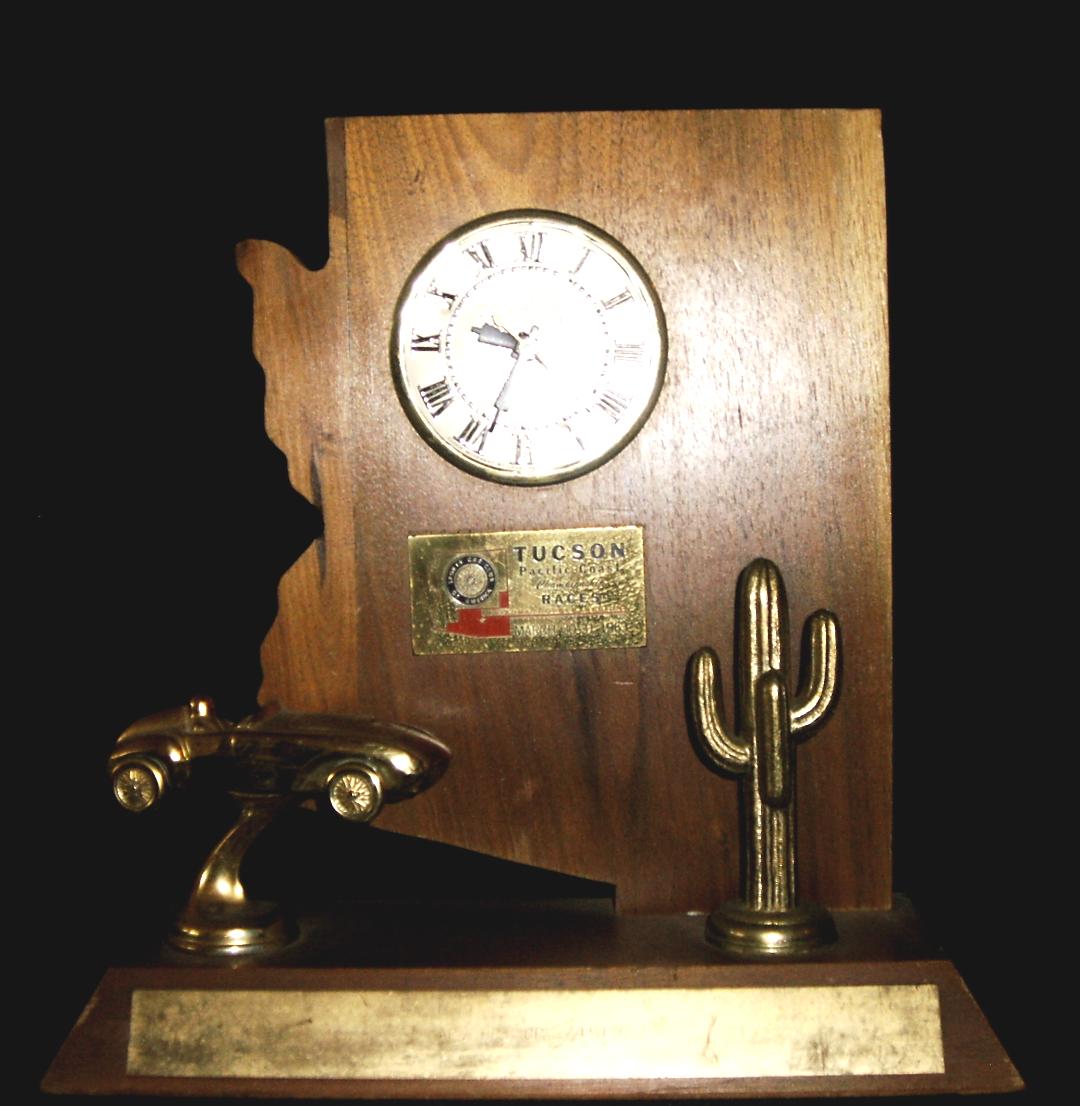 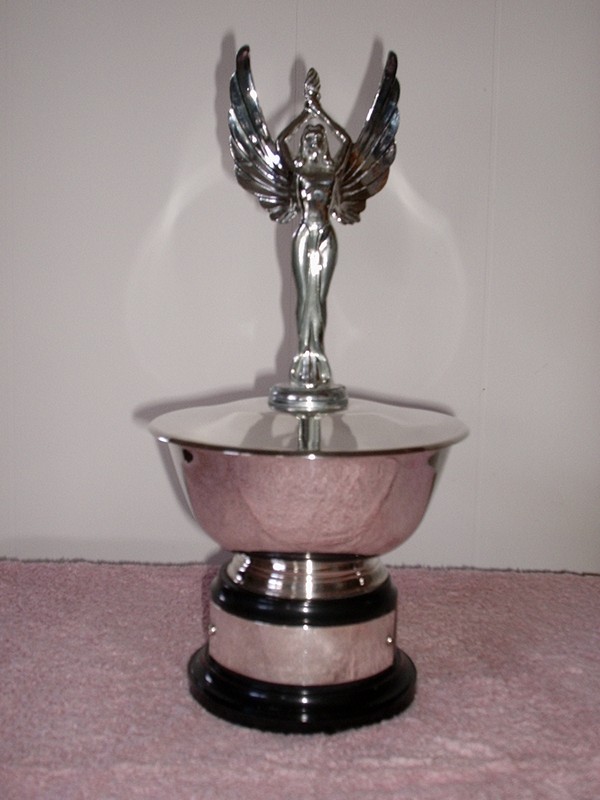 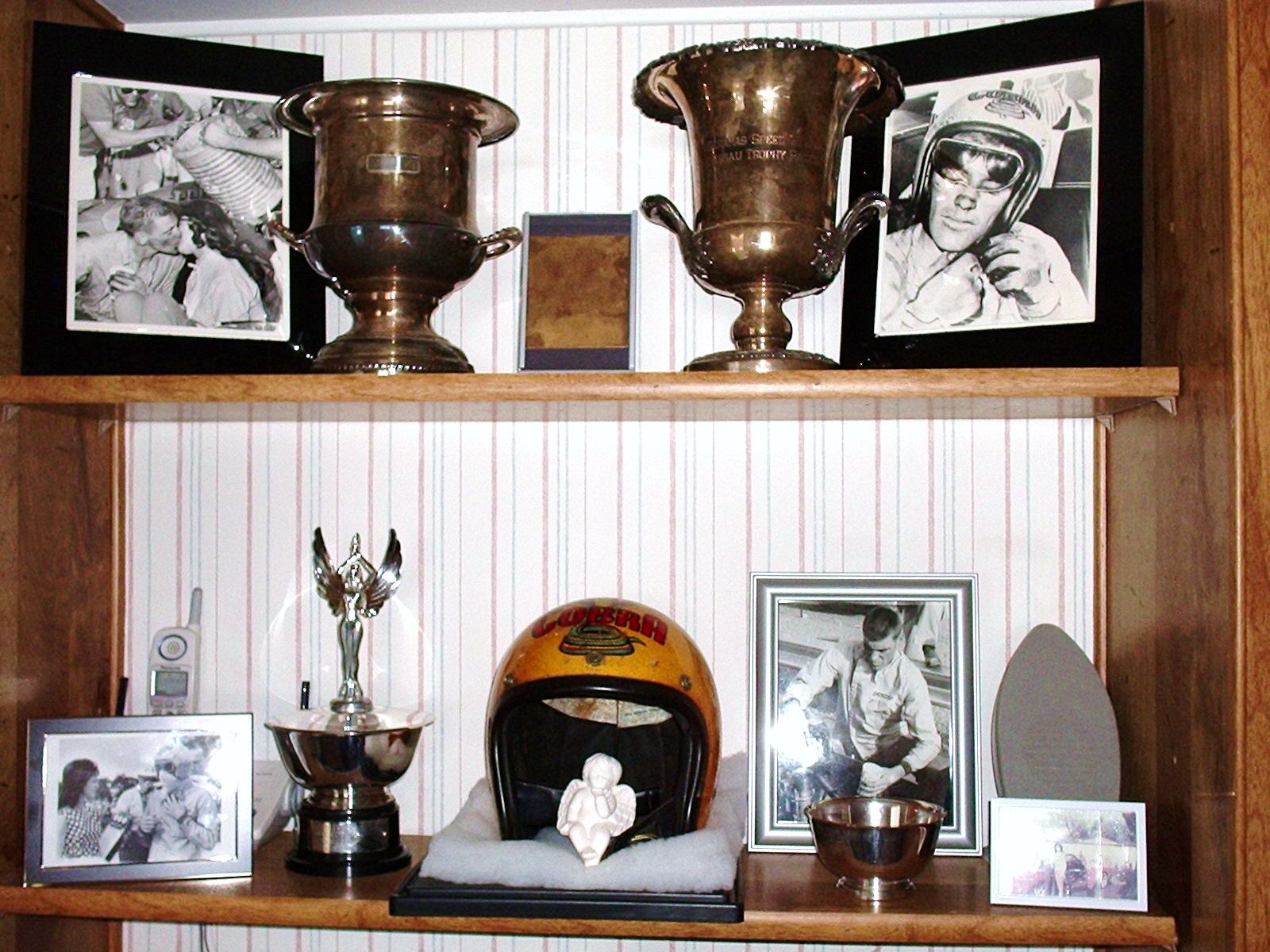 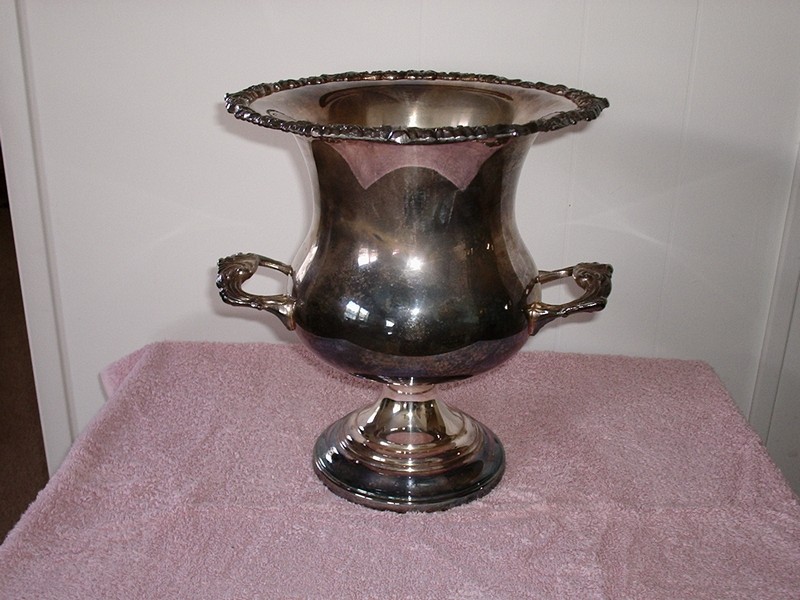 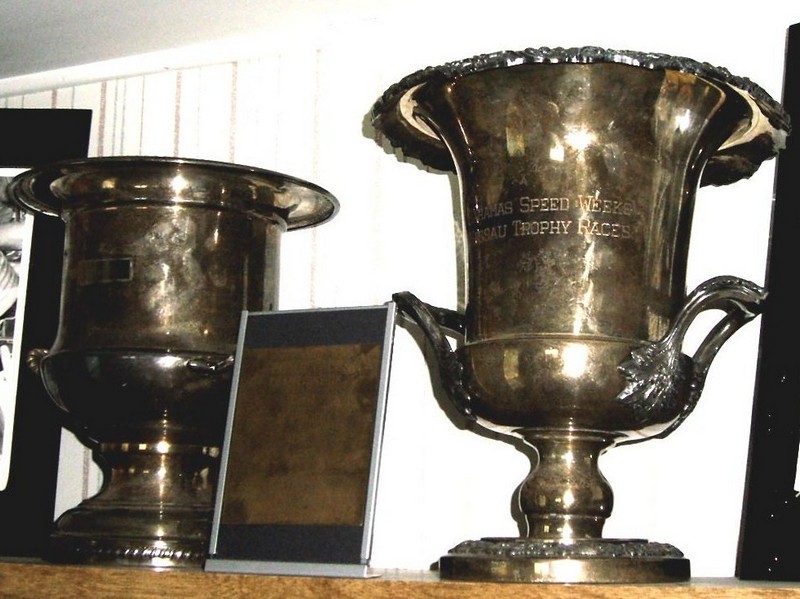 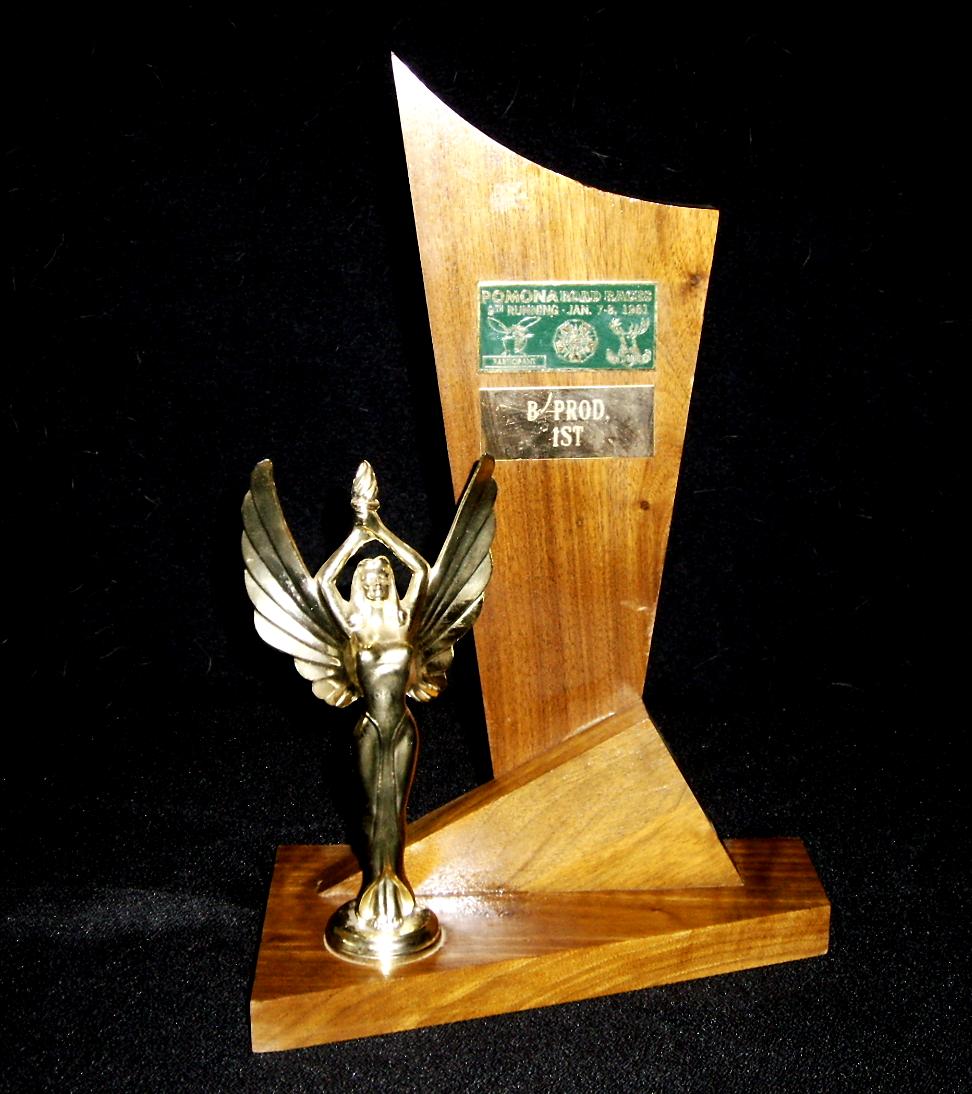 One of the trophies Dave won in Cobra Roadster CSX2128 at Pomona Raceway July 13-14 1963. He won three races that
weekend, the A-Production races on Sat & Sun and the Modified main on Sunday. Shelby was a happy man! Cobra CSX2128
was famously known for being on the cover of The Rip Cords 1964 album "Hey Little Cobra". 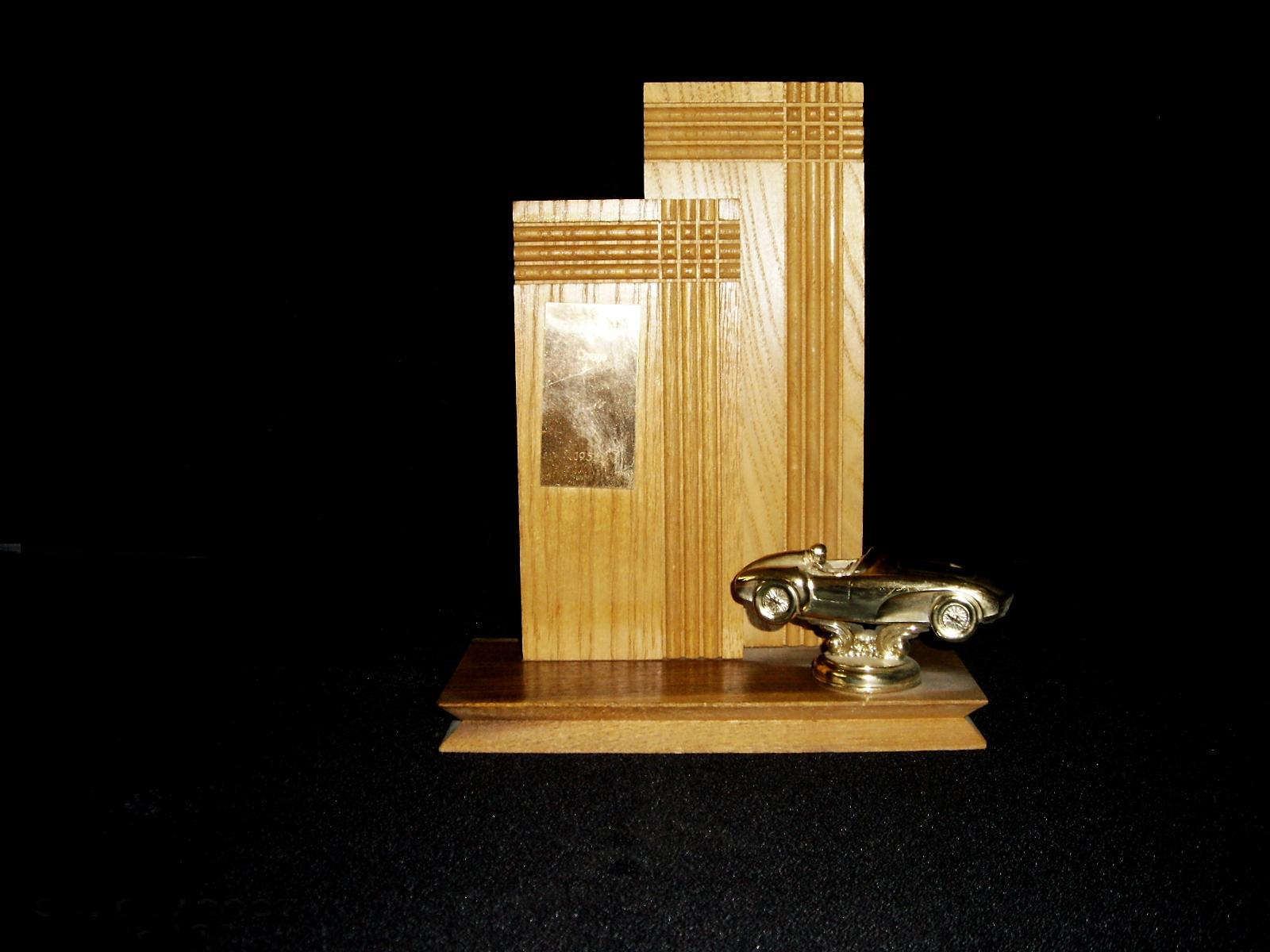 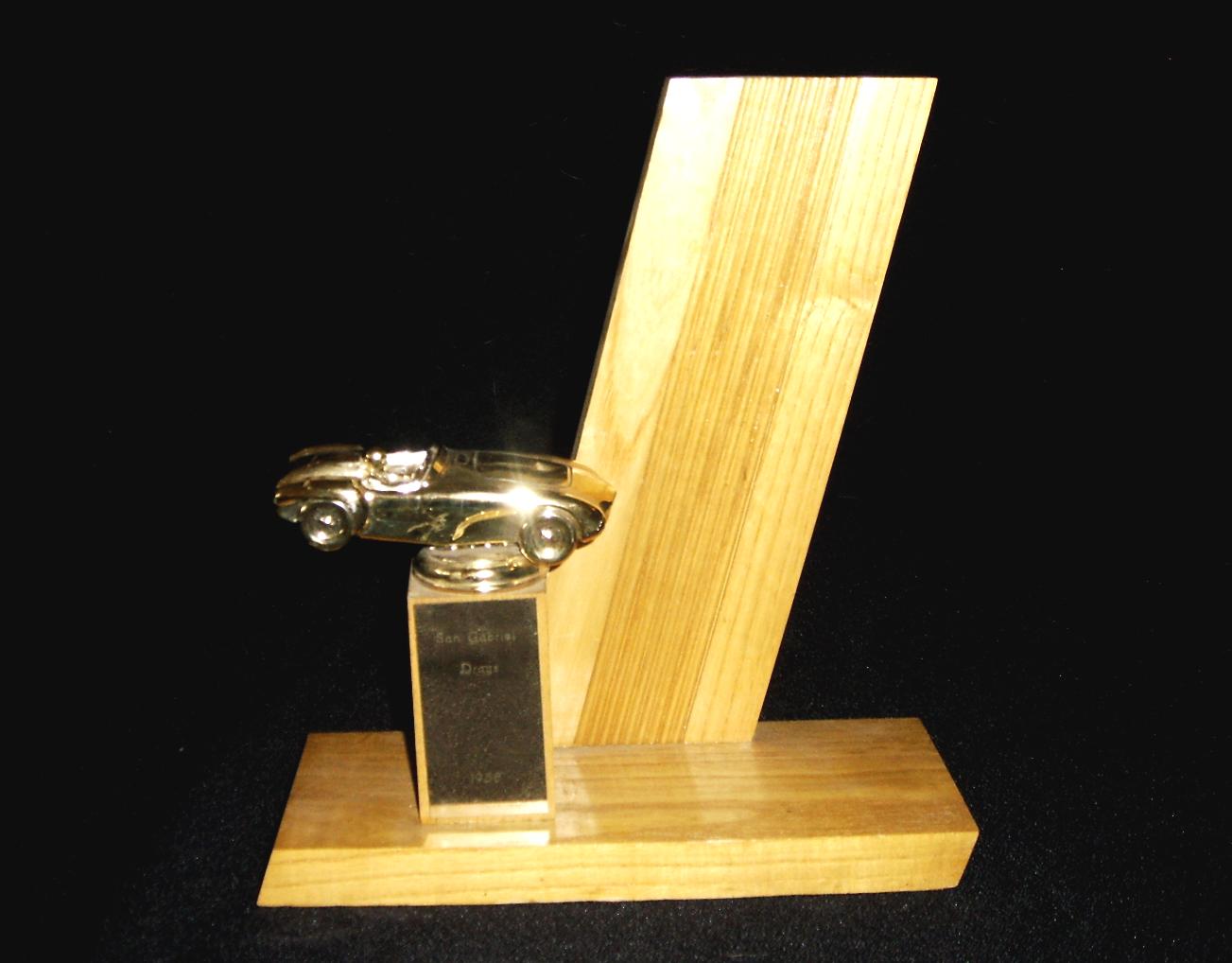 Below is trophy Dave won at the 1/7/61 Southern California Timing Association (S.C.T.A) speed trials. He blasted a record
139.36 mph in the half-mile on Riverside's back straight. Trophy from the 12/2/61 Tucson Arizona Modified race. Dave won in his bright orange Corvette Special/Old Yeller V Some of the trophies Dave won during the 1958 drag racing season. 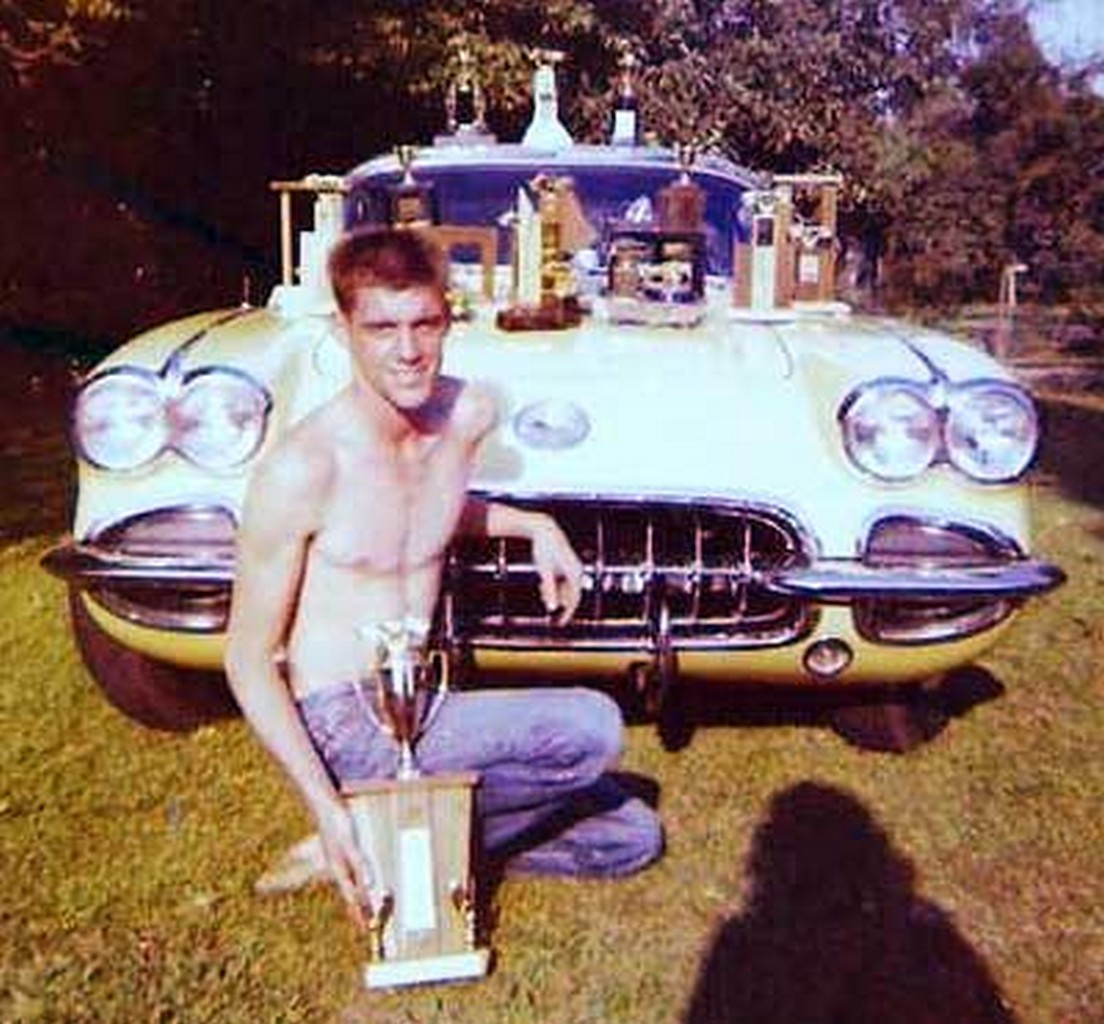