In July of 2010 The National Corvette Museum in Bowling Green Kentucky began displaying the first Corvette Dave ever
owned. This 1955 beauty was the first of four Corvettes Dave bought as a young man in El Monte California. Current owners
Scott & Marilyn Davis completed a full frame-off restoration on the car in 2008. 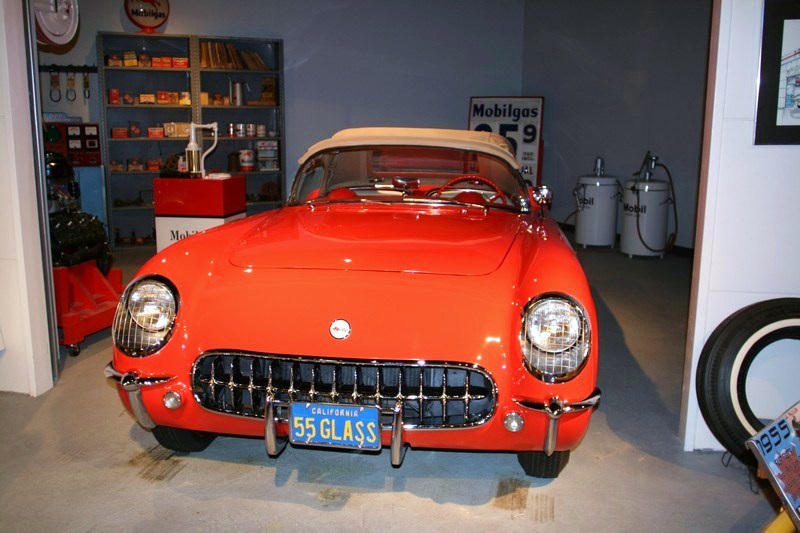 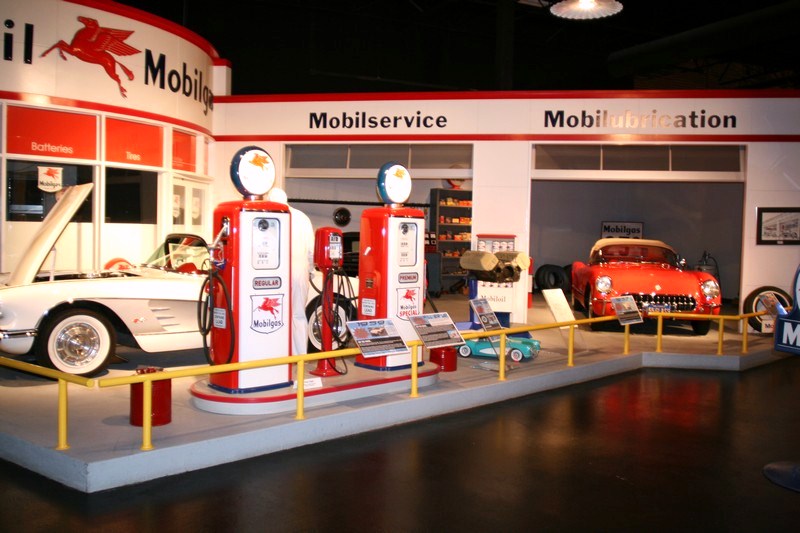 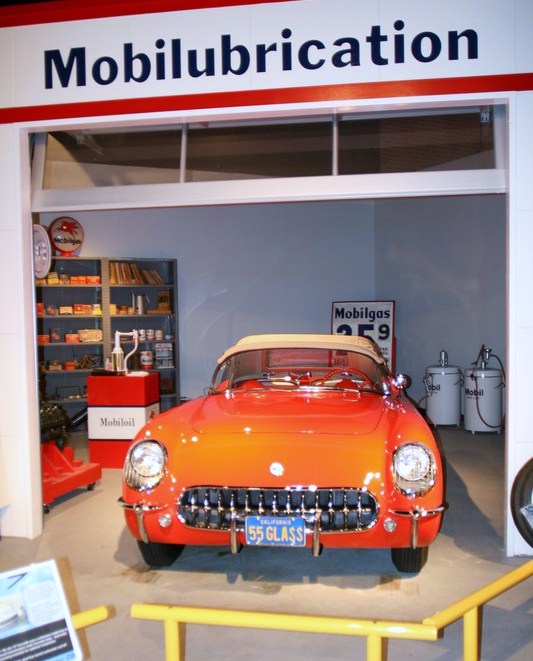 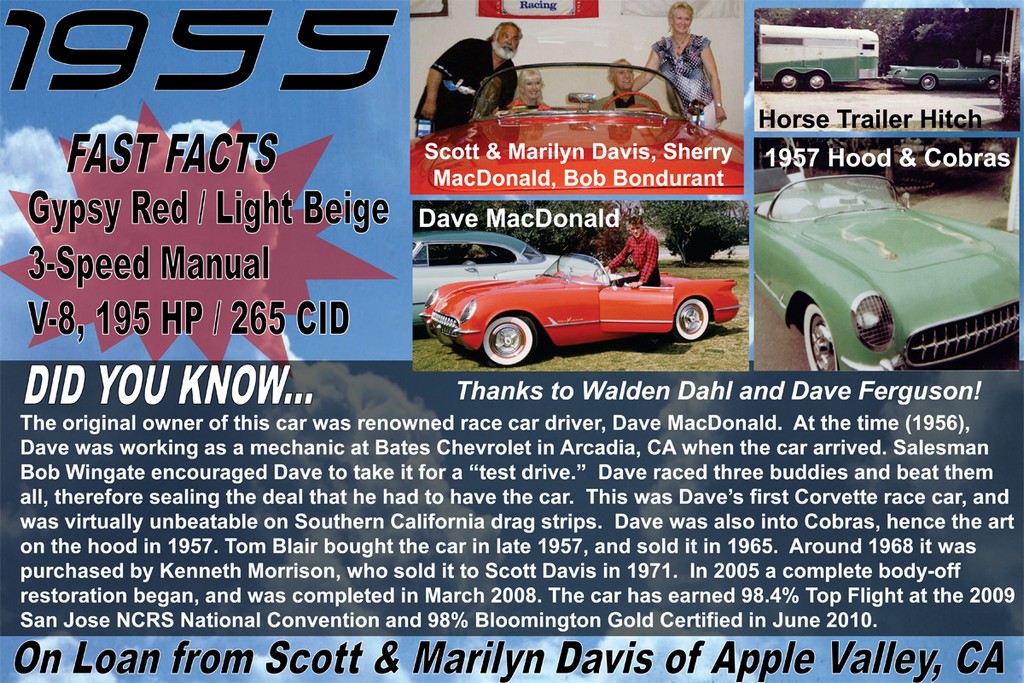 Dave's 55 Vette was on display at the 2010 Legends of Riverside event. Scott & Marilyn Davis pose with Sherry MacDonald
& Bob Bondurant 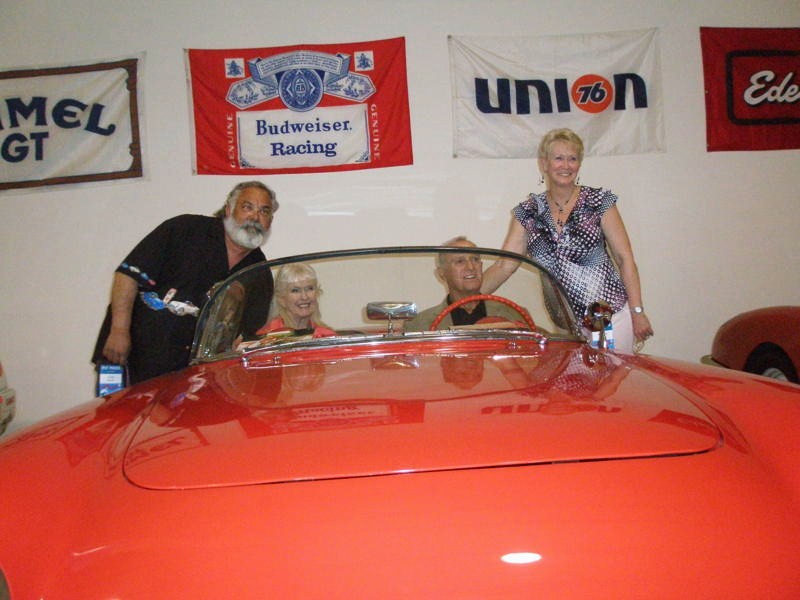 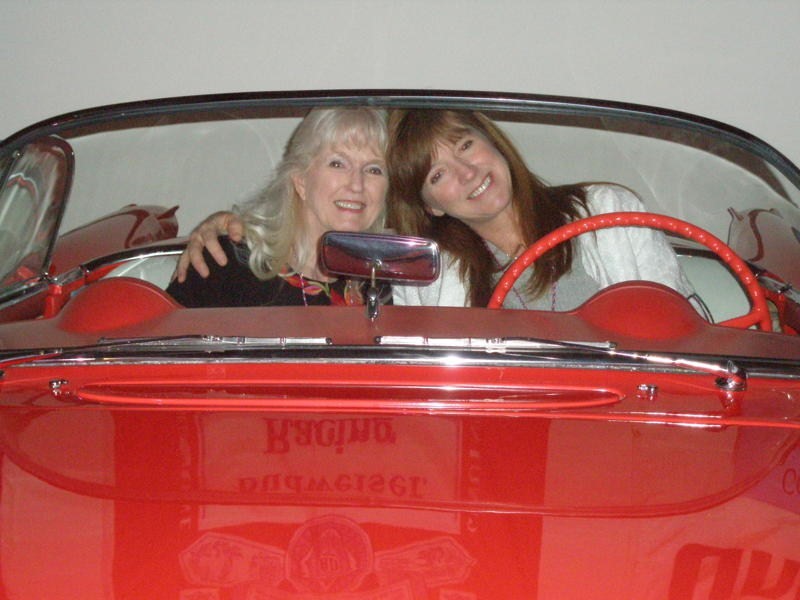 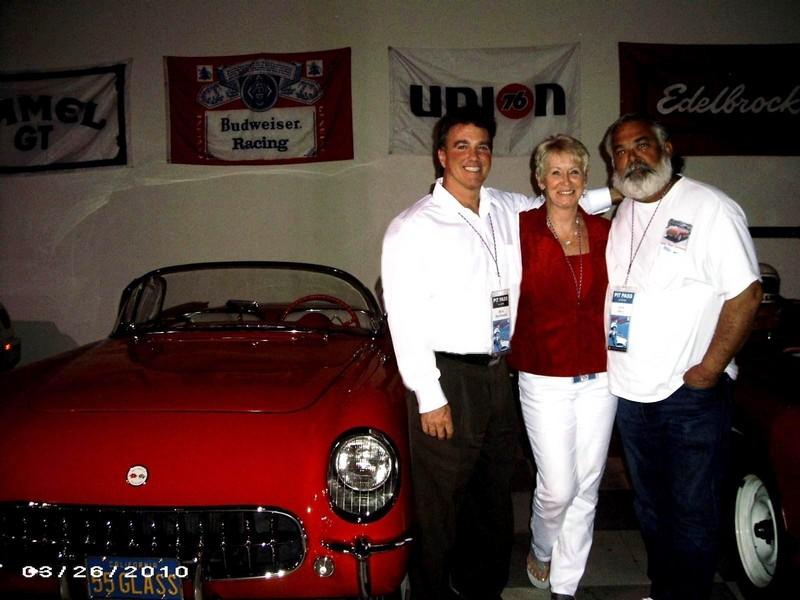 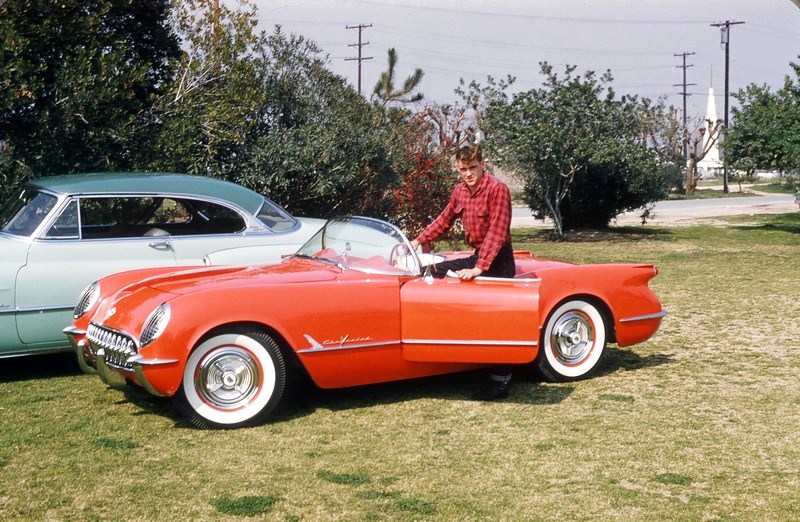