Daves image printed on the 2011 Carroll Shelby vehicle hauler. The truck travels nonstop around the country to various events & auto shows.
It's pictured here at Knotts Berry Farm in California on 4/10/2011. From there it went back to Vegas and then up to the Pacific Northwest.

Shelby American Inc. will have the hauler at the Barrett Jackson Auto Show in Orange County CA in June 2011 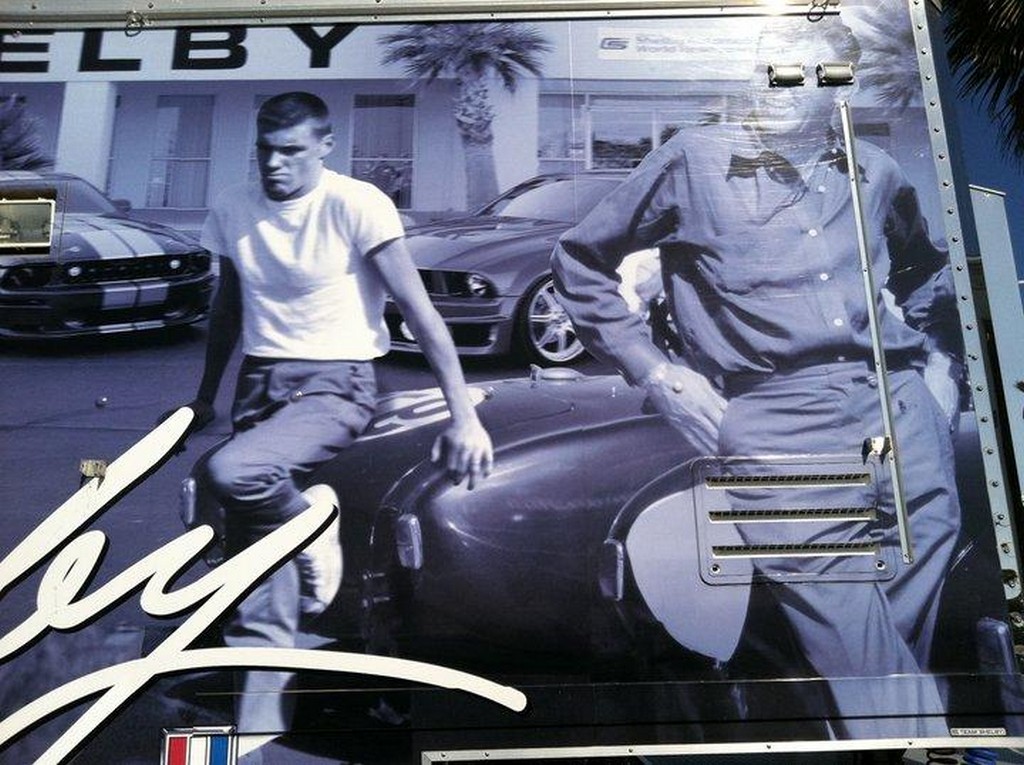 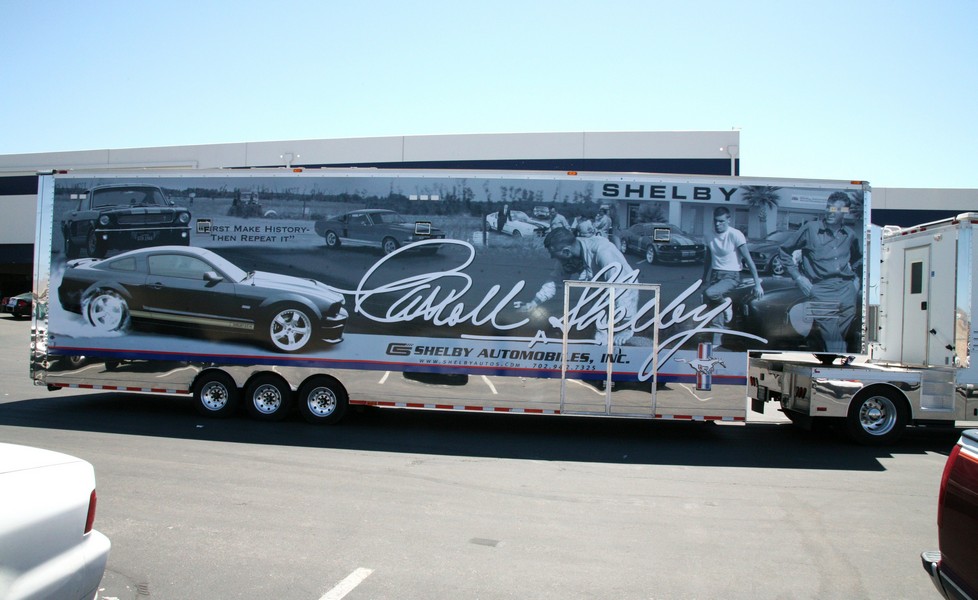 This was the photo used by Shelby American to capture Dave MacDonald and Bob Holbert's images. Photo was taken at Riverside
International Raceway during practice for the 1963 LA Times Grand Prix. Photo by Allen Kuhn

Here's the photo used for Carroll Shelby, also by Allen Kuhn. Pictured with Carroll is Miss California Sports Car Lori Campbell. Photo of
Carroll was flipped in reverse before putting on the hauler. Behind Carroll is Ken Miles and John Surtees - who are also on the hauler.